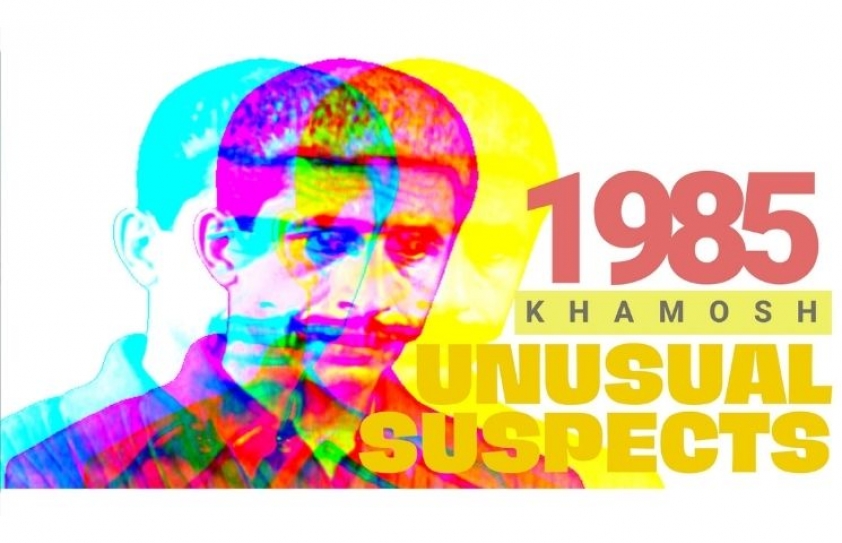 Don’t go by the famous “Khamosh!”, which became a trademark command of the authority-wielding Shatrughan Sinha. Khamosh is also the title of the underrated murder mystery directed by maverick producer-director Vidhu Vinod Chopra, graduate of the Film and Television Institute of India (FTII), Pune, which released in 1985. A brilliant whodunit, somehow, it went unnoticed.

It is said that the script was per se written by Chopra but his close circle of colleagues and enthusiasts like Ranjit Kapoor, Sudhir Mishra and Kundan Shah assisted him to give it finesse. The film had no music, as in songs, only the background score by the late composer Vanraj Bhatia.

Khamosh was shot in the beautiful valley of Kashmir, at Pahalgam (a popular tourist destination). Pahalgam is also associated with the popular Amarnath Yatra as the town is its starting point. The unit was stationed at the popular Pahalgam Hotel, which was fully booked by it for the stars and was mainly shot on its premises. Quite a few popular films have been shot there including Bobby (1973), Kaasme Vaade (1978), Bemisal (1982), Betaab (1983), Alag Alag (1985) and some of the more recent ones like Bajrangi Bhaijaan (2015) and Raazi (2018). 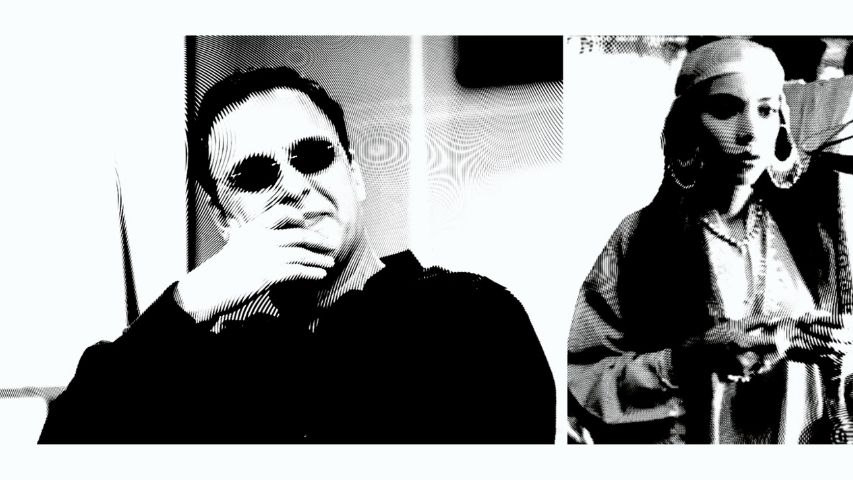 The plot commences with Amol Palekar and Shabana Azmi playing the roles of established movie stars with their original screen names and Soni Razdan, who plays an upcoming actor. Sadashiv Amrapurkar portrayed a south Indian director named Chandran, Ajit Vachani was Dayal, the film’s producer, and Pankaj Kapoor was Kuku. Sushma Seth enacted the part of Leela Bahl, an ambitious junior artiste who is pushing her daughter to the extent of letting her get exploited during the shooting of the film-within-film titled Aakhri Khoon.

As the plot gathers momentum, Soni goes to a houseboat close to the hotel to rehearse her intense lines of dialogue, pleading for mercy from the villain. The houseboat has been converted into a dressing room filled with costumes. Everyone in the hotel can hear her dialogue loud and clear while some of them feel irritable to be woken up from their sleep. Next, the killer arrives from nowhere and she screams for help. Her pleas for help are mistaken for a rehearsal. After a brief struggle with the killer, she becomes the first victim. Here was a masterfully crafted and edited sequence, which sent shivers up your spine.

Then, the unit next morning is in the midst of the shooting at a lakeside where Amol and Shabana are enacting a romantic scene. After a few retakes, the unit hears a shrill scream from the heroine as she sees Soni’s dead body hanging from a tree. 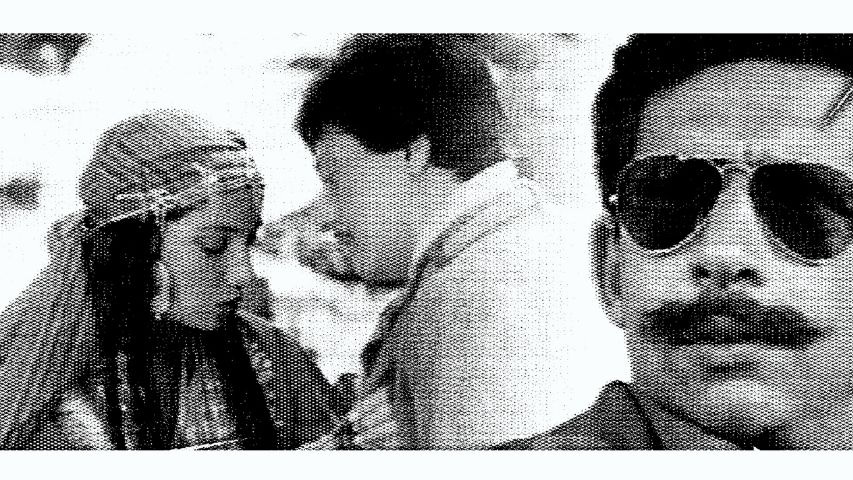 Naseeruddin Shah enters the scene as the investigating police officer. He behaves quite strangely. Every sequence is designed with a feel of panic and anxiety, like the moment when Shabana discovers blood on her bed. There is another gripping scene when the killer is on the prowl while Shabana is walking around in the middle of the night outside of the hotel. Chilling sequences were planned and executed - edited by Renu Saluja and photographed by Binod Pradahan - sheer brilliance was this whodunit, packed with unusual suspects.

There is another sequence, which gave me the creeps, when Shabana Azmi walks into the houseboat to fetch a scarf for the shooting. At other moments, bodies spring up from nowhere heightening the sinister scenario. The climax scene shot at the houseboat was a classic nail-biter. It would be a terrible spoiler to reveal the ending. Suffice it to say, after seeing this film I was petrified of ever staying in a houseboat, which used to be a novelty once upon a time in Kashmir.

Ironically, Khamosh found no distributors for almost two years. It’s believed that Yash Chopra who had liked the film had shown it to producer Gulshan Rai and his son Rajiv Rai. Yet, it was no-go. Finally, Vidhu Vinod Chopra released his unconventional film but faced disappointment as it tanked at the box office. It didn’t click, perhaps because it was an attempt sans songs, far ahead of its times. Moreover there was a clear distinction, then, between stars of off- and mainstream cinema. Hence, the distributors felt that there was no ‘star value’. 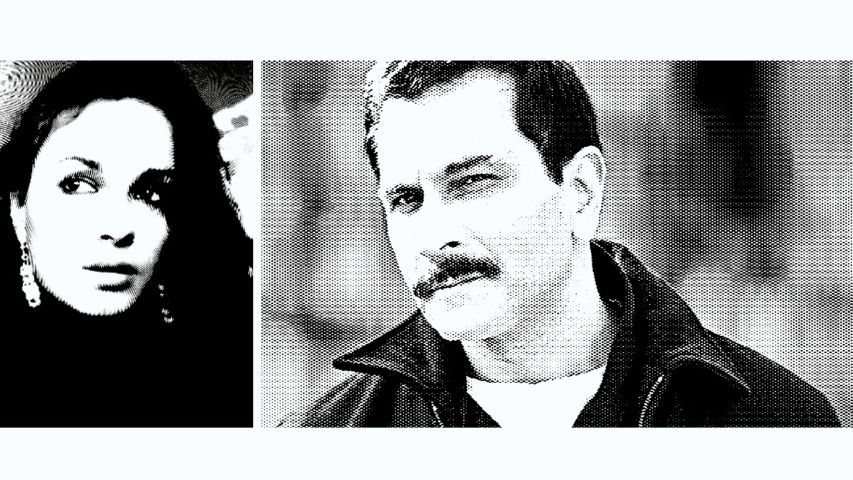 I’ve seen Khamosh several times over and wondered why the now-prolific filmmaker of big-budget endeavors, Vidhu Vinod Chopra, has never returned to this terrain. Before this whodunit, he had made Sazay-e-Maut (1981) starring Naseeruddin Shah, Radha Saluja and Madan Jain, a smart thriller, which had unfortunately tanked also.

It is said that actress Soni Razdan received her acting fees twice for Khamosh after 10 years of its release. She was told that this was part of the additional income generated by selling the film’s rights, and the profits had to be shared with the cast. Surely, a generous gesture.

With the emergence of the OTT channels, Khamosh is a perfect film to be remade for the audiences of today. Unfortunately, it is not easily accessible on the prime streaming channels. I have an original DVD, which I watch occasionally and relish. Here’s hoping, Khamosh and Sazay-e-Maut emerge on the OTT channels with restored prints for this generation to watch and savor.