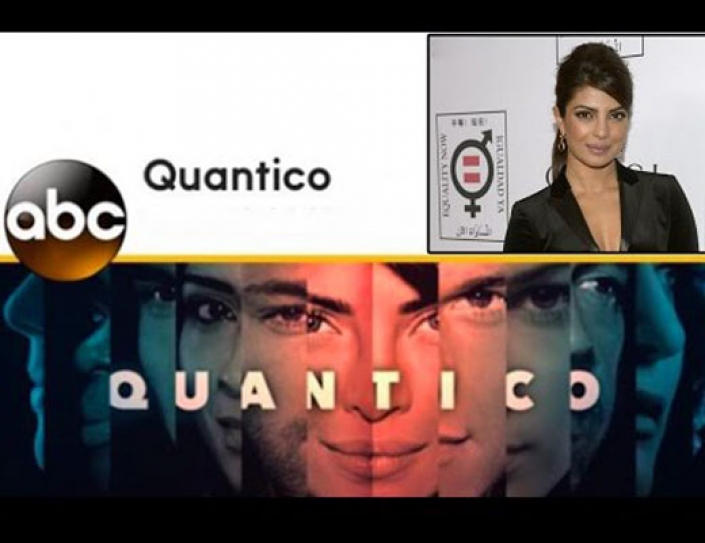 Priyanka Chopra?s career in Bollywood is anything but over. Always looking for something new, her TV debut in the US series Quantico comes as no surprise.? Miss World 2000 has taken her next career step with this forthcoming?American?thriller television series to air on?ABC.?It revolves around a group of young FBI recruits, who are in training at the Quantico base in Virginia.

The ensemble cast is headed by?Aunjanue Ellis?as the Director of Quantico, and Dougray Scott?as her subordinate FBI Special Agent. The series' protagonist is Alex Weaver (played by our very own Priyanka Chopra), the FBI trainee. Incidentally, Priyanka Chopra is listed first in the cast list. The series has two more women -- Johanna Braddy?and?Yasmine Al Masri? as FBI recruits.

Post Mary Kom, the action series will provide the actor another career challenge. She has already proved herself as a singer with three singles to her credit. Contrary to belief, her career in Bollywood is far from over. She has her film commitments on hand. With her screen presence and her action fit body, the actress could be a head turner on US Television.

Agreed, there was as a time actors moved to television because their big screen careers were either grounded or there was a lack of offers. In the 1980s, Indian television dramas were largely peopled by film professionals. Hence, TV was regarded as an option for non-starters or those actors who just didn?t fit the mould. Today those same actors are names to contend with and have occasionally found themselves a berth in films; albeit they have remained loyal to television.

The first actor to find fame on overseas television was Kabir Bedi. ?He made his mark in Europe with Sandokan?the saga of a romantic Asian pirate during British colonial times.This Italian-German-French TV series?? broke viewership records across Europe.

Kabir Bedi later bagged?? extensive roles in American primetime and daytime series and miniseries, like Dynasty,?Knight Rider? among others. His Dynasty appearance had people scrambling for copies from the video libraries. Later for over a year, Kabir starred in?The Bold and the Beautiful, the second most-watched television show in the world, seen by over a billion people in 149 countries. But for Kabir Bedi, ?it all started with the magic of? Sandokan.

Anil Kapoor?s foray into television was with the US action series ?24?, a follow up of Danny Boyle?s Slumdog Millionaire. At the conclusion of its final (eighth) season, ?24? became the longest-running espionage-themed television drama ever. It had even surpassed 'Mission: Impossible' and 'The Avengers'.? That season, Anil Kapoor stepped in as the Kamistani President Omar Hassan.? He later acquired the franchise for the Indian version of ?24? wherein he played Jay Rathore the desi counterpart of Kiefer Sutherland?s Jack Bauer. The second season is awaited. In the meanwhile, Anil Kapoor also figured in the Mission Impossible franchise.?

In the 1990s, many film actors were taking on TV assignments for a few episodes. Hema Malini too took a shot at it with her show dance show Nupur, a 13 episode show for Doordarshan which she produced, directed, acted and also danced in. But television wasn?t her comfort zone.

Neither has it been for Karishma Kapoor, who did a double role in Sahara TV?s Karishma- The Miracles of Destiny in 2003 when her career was still going strong. She did it for a change of scene she had said.

Now, it?s altogether a different route as Anil Kapoor and Priyanka Chopra have shown. Our actors are getting global recognition, based on their talent and presence, they are being considered by international TV channels and production houses.

When Season eight of ?24? was aired, the DVDs were available in the grey market, the selling pitch was ?Anil Kapoor in 24?. When Quantico starts airing, the friendly DVD-wallah will most probably take advance orders.?

Priyanka Chopra is the first woman actor to get this far. ?More to follow?