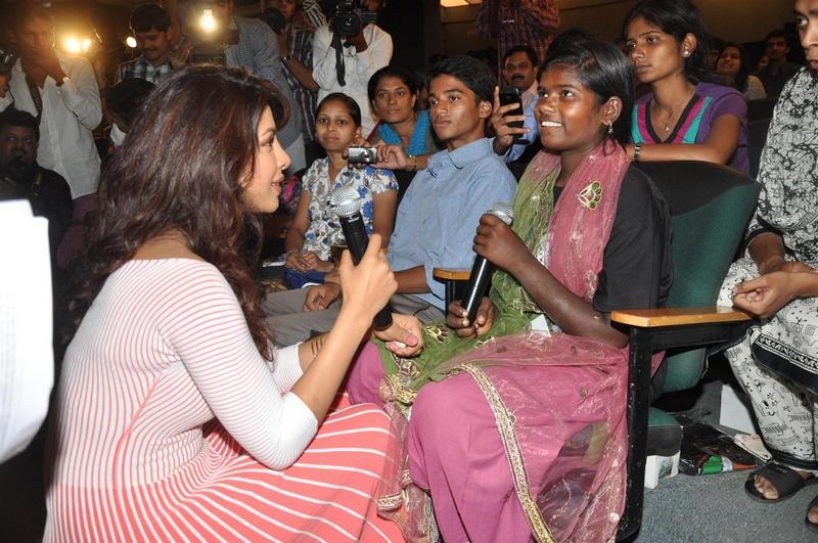 PeeCee speaks for the girl child

The actress joins Anne Hathaway and Selena Gomez in a documentary.

The actress has provided a voice-over in English and Hindi for the film which highlights nine stories of young women from around the world who have used education to rise above poverty and adversity.

While the Indian story features PeeCee’s voice, the film also has voiceovers by Academy Award winning actress Anne Hathaway and pop star Selena Gomez. A source told Mirror, “Though Priyanka is a globe trekker, she dubbed this movie in India. She saw portions of the documentary and was moved by the stories.” The Indian story has been written by Sooni Taraporewala, the award winning screenwriter of films like Mississipi Masala and Salaam Bombay.