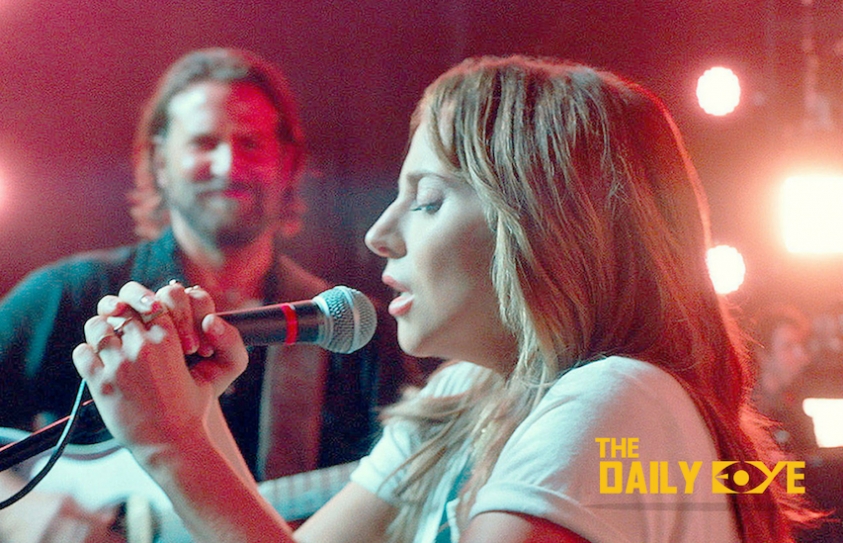 Lady Gaga makes a Stellar Debut in ‘A Star Is Born’

The international pop-star Lady Gaga born as Stefani Joanne Angelina Germanotta on March 28th 1986 in New York sets a unique mark on the film industry. Gaga learned to play the piano by the age of 4. She held her first performance at the New York nightclub at the age of 14. Gaga entered the New York University's Tisch School of the Arts where she studied music and worked on her song writing skills. She collaborated with several rock bands in the year 2005 and at 20 she began work at Interscope Records as a songwriter for other artists on the label, including Britney Spears, New Kids on the Block and The Pussycat Dolls. Through 2007 and 2008, Gaga wrote and recorded her debut album, The Fame

Gaga continued to showcase her versatility and strength as a vocalist at the Academy Awards telecast in February 2015, paying tribute to the 50th anniversary of The Sound of Music and actress/singer Julie Andrews by performing selections from the musical. In October 2016, Gaga released her fifth studio album, Joanne, her fourth album to reach number one in the United States and top the charts in countries around the world where she was now popularly known.

Her fame continues to reach a step further during the reveal of her most awaited film, “A Star is Born”, directed by Bradley Cooper. Here we have Lady Gaga and Bradley Cooper: the former in her first big-screen starring role, the latter making his startlingly assured directorial debut. Gaga has a Golden Globe Award for acting, so she’s not a newcomer. A Star Is Born nevertheless plays as a striking debut, a consummate show of a woman finally revealing the full gradient and natural ease of her talents. The personification of an old story paints a painfully precise portrait of life seen from the other side of the stage.

The heart-wrenching plot is of the grumpy, drunken singing star that is unstable over the apex of his fame, which discovers a talented young woman – single-handedly launching her on a glorious career and falling in love while his own fame spirals downwards. He must accept the fate of being the embarrassing loser finally not even allowed being the wind beneath her wings. But even as Ally's (Gaga) career takes off, the personal side of their relationship is breaking down, as Jack fights an ongoing battle with his own internal demons. In short, it is presented as for one star to deliver the shock of the new and another to receive the shock of the old – that is when A Star Is Born turns to be a romantic love story.

A Star is Born was premiered at the Venice Film Festival and was released in the UK and US on 5 October 2018. The story is a natural set for great personalities and bigger human faults. The beauty is that when it reveals what it feels to nurture someone with our own brilliance and talents!