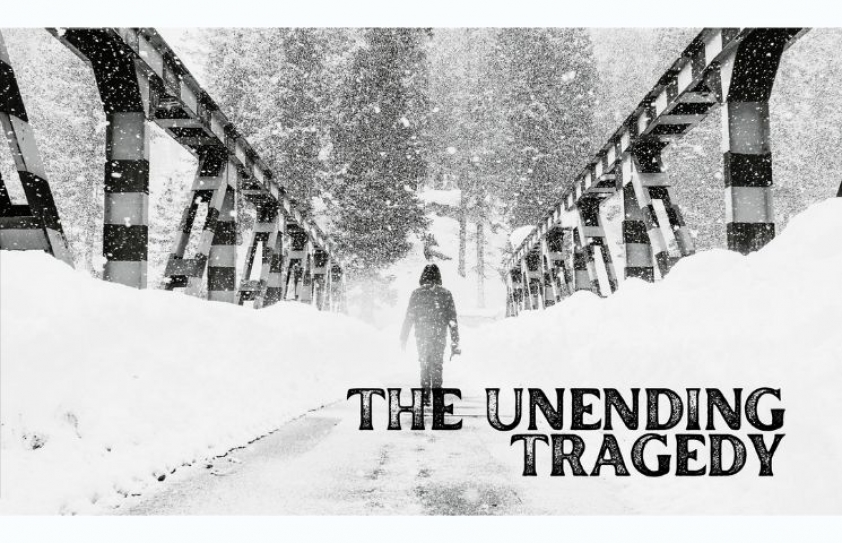 Humra Quraishi views the conditions prevailing for the convicted and undertrials in Kashmir through the lens of writings about them.

Perhaps, it is for the very first time that politicians from Kashmir are focusing on the prevailing ground realities in and around the Kashmir Valley - and voicing themselves in the capital city is of significance. Earlier they were treading cautiously but not any longer because the issues are grave. The urgency is for the survival and protection of the Kashmiri civilians, especially in the backdrop of last week’s killings of 13 innocent civilians in Nagaland.

What can also not be overlooked is the fact that repeated promises made by the union government regarding zero tolerance for rights violations have turned out to be hoaxes in Kashmir. The situation can be termed complex as the Kashmir region is one of the most militarized regions in the world.

The condition of the jailed Kashmiris is worrying. In my  second book on the Kashmir region, Kashmir the Unending Tragedy - Reports From the  Frontlines, I had written the following: Life for a jailed prisoner, whether convicted or under trial, is tough. Misery compounds for a Muslim Kashmiri prisoner as he may have to not just hear snide comments but is even abused and threatened because of the set of perceptions, myths and notions in circulation about Muslims and  Kashmiris. It wouldn’t be amiss to say that the communally surcharged political climate in the country is seeping into jails.

Those among us who are genuinely concerned about the many languishing in prison ought to read senior journalist Iftikhar Gilani's book, My Days in Prison (Penguin), Kashmiri activist Zamarud Habib's book, Prisoner No 100 - My Nights and Days in an Indian Prison (Zubaan) and lawyer activist Nandita Haksar's Framing Geelani, Hanging Afzal - Patriotism in The Time of Terror (Bibliophile South Asia). Only after reading these books one can understand the darkest realities connected to imprisonment and what a Kashmiri  prisoner suffers. 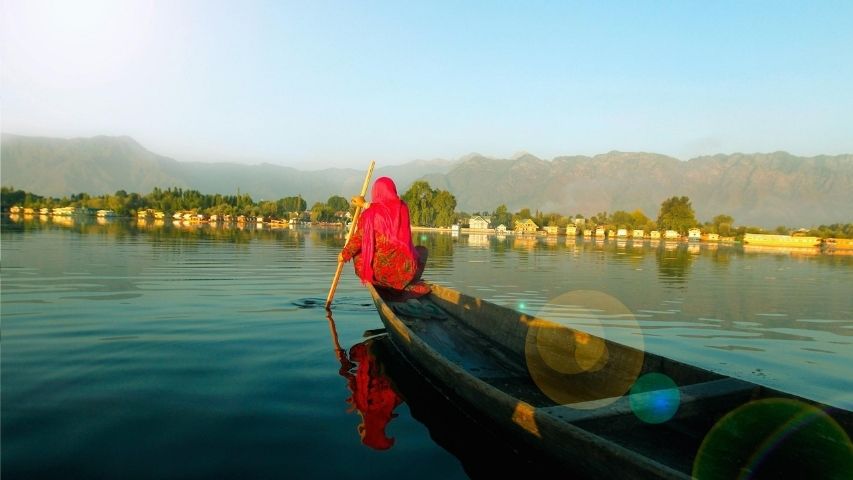 Nandita Haksar writes, ‘The reader will discover the horrifying world that Kashmiris inhabit: the terrifying reality of illegal arrests, dark, damp prison cells, the barbarity of the torture and the pain of a child waiting for his father to be hanged.’ She doesn’t mince words, whilst writing about how Kashmiris can be framed to such an extent that they would find it difficult to fight the system: ‘The war against terrorism is systematically weakening the democratic foundations of our country, widening the chasm between Hindu and Muslim citizens, and allying India with the most hated States in the world - the U.S. and Israel.’

In her book, The Many Faces of Kashmiri Nationalism - From The Cold War to the Present Day (Speaking Tiger), Nandita  Haksar has also very deftly webbed in letters of Afzal Guru and this includes a 10 page handwritten one. It is relevant to point out that none of  his letters tucked in the pages of Nandita’s book carry thoughts or sentiments on terror. On the contrary, they come across as philosophical and loaded with her definitive views. To  quote her: Though Afzal Guru had lived in the closed and claustrophobic cells of the Tihar Jail, his mind was open, and he continued to read  extensively. Afzal was wrestling with the ideas of religion and nationalism. In a long letter written to me on 8 January 2008 he asked, ‘Respected Nandita, when Naga conflict is not Christian why conflict in Kashmir is branded Islamic. Fundamentally it is political, social and historical in  nature. Robert A Pape’s book, Dying To Win, has given a sophisticated analysis of 300 suicide attacks (from 1980 - 2003) out of which 76 were executed by the LTTE. The common cause he says is political and social injustice, oppression and brute policies of the political establishment and occupational powers’.

And in the 10 page long handwritten letter, which Afzal Guru wrote to Nandita (she’d received it on 8 January 2008), the sentiments and thoughts contained makes one hang one’s head in shame. Just these last lines from his handwritten letter are enough to convey the man’s philosophy: In the end I request you, don’t colorize or dress my words in any color or dress except a purely responsible human concern for humanity… I am in the Universe in such a way that I am myself the Universe - I live in a space but I am spaceless. 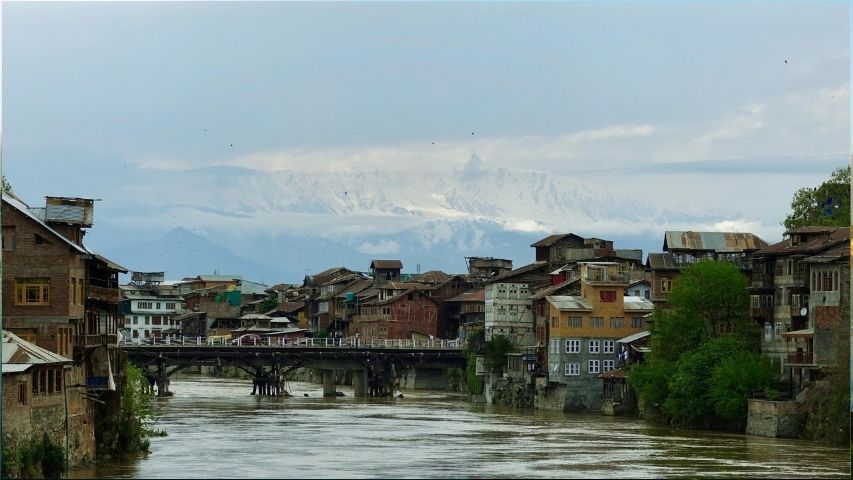 Coming back to the  condition of the imprisoned, almost  two decades ago, in the year 2002, I had interviewed the representative of the International Committee of the Red Cross (ICRC) in the Valley, Georgios Georgantas, a political scientist from Greece, who was then posted in Srinagar as part of its four-member team. Under the memorandum of understanding signed between the Government of India and the ICRC in June 1995, the latter was allowed access to all detention centers and prisons in the state of Jammu and Kashmir. The committee’s mandate was to assess the prevailing conditions in the detention centers and to look at the treatment meted out to the prisoners. Georgios Georgantas had said, ‘Let me first clarify that we don’t go on sudden, unannounced visits, although the visits are regular, as many as 20 to 25 in a month. In fact, it’s a part of the memorandum of understanding that we can visit a place of detention as frequently as possible.’

I had asked him this: Since your visits to these places are planned and not spontaneous, wouldn’t the authorities take care to present the best possible picture about the conditions of the jails and the inmates? And he had replied: ‘Even though a two-week permission time is required, I don’t think it’s possible for the authorities to spruce up the jails for our visits because the latter can extend from a week to as long as 20 to 25 days. In such circumstances, sprucing up is simply not possible. And though there have been allegations of custodial killings and we also have reports of arrested people being missing, we cannot, in accordance with the MoU, investigate such allegations to establish if they are true or not. Also, we have explained to the people here what we can and what we can’t do, so there are no false or inflated expectations from us. We have the authority to visit interrogation centers and jails, to establish a connection between the detainees and their families, to trace the whereabouts of the arrested persons, to access the general conditions prevailing in jails and interrogation centers. And here let me also clarify that our jurisdiction extends only to those detained because of the turmoil here and not to  those arrested in common law cases. The bottom line is, we can’t interfere with the legal system.’

I had also asked him about his views about the general condition of the detainees and he’d said, ‘All I can say is that there is always space for improvement. The mental health of the detainees is a major concern with us. In fact, we have an Irish doctor on the staff here and he accompanies us whenever we visit these jails and interrogation centers. We do make suggestions to the authorities and on a couple of occasions they have sent the detainees to the hospital or released them earlier than planned  because of our intervention. Some of the detainees talk, some don’t. Generally it is the educated who find it very difficult to cope with the situation. The rural people find it much easier to cope.’

I then went on to ask him if he had come across any serious instances of torture during his visits, but he refused to comment.