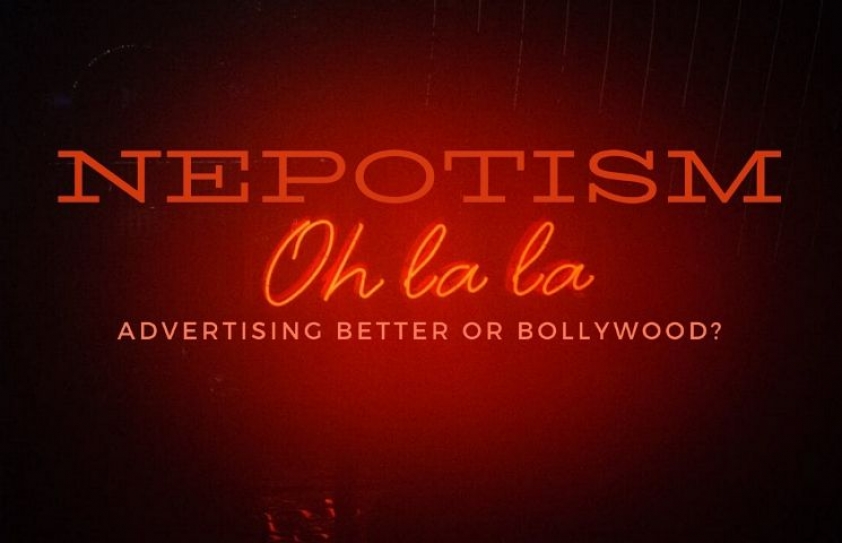 Sandeep Goyal gives you a view to the nepotism, which mocks at as much talent in the Advertising Industry of India as it does Bollywood.

The media has been raving and ranting over the last couple of days about nepotism in Bollywood ever since the tragic suicide of Sushant Singh Rajput over the weekend. Fingers have been pointed at a leading film producer, who is also a famous TV anchor, and many other big names and studios that were perhaps responsible, through orchestrated and coordinated actions, in driving Rajput to his sad end.

The boy from Bihar was a rank outsider. He had risen in the highly cutthroat film industry by virtue of exceptional talent, exemplary grit and extraordinary determination. He had a sparkling television career, with Pavitra Rishta catapulting him to stratospheric fame.   Then his films, especially Kai Po Che!, PK, MS Dhoni – The Untold Story, Kedarnath and Chhichhore; all did well.

But he ran afoul of the powerful satraps of Bollywood at some stage last year after his movie Drive did not find distributors and had to be premiered on Netflix.

It is said that he was squarely blamed for the debacle and ostracized by a select group of Bollywood’s elite. They apparently started to ridicule him, denigrate him and shut all doors of opportunity by denying him any new film roles. Sushant Singh Rajput, lonely and alone, slipped into a depression. And then, he sadly, decided to end his life.

But is nepotism just an exclusive preserve of Bollywood?

Nepotism exists in every industry, every business… just the shades and gradations vary. Also, manifestations of nepotism vary. They can spring up as cartelization, cronyism, coterie-isation… any which way where a chosen few are favored for all of the wrong reasons, to the exclusion of most others, and sometimes leading to the demise of an extra sensitive one.

I joined advertising almost 35 years ago - a small town boy - but a gold-medalist in English Literature and an MBA from one of India’s best business schools. Yet, in my first agency job, the ‘blue-blooded’ branch manager who was distantly related to the ruling family of those days decided that I was too ‘vernacular’ to be assigned a multinational client.

I was handed a ghee brand from Punjab and a textile mill in distant Rajasthan to handle. Much lesser qualified ordinary graduates, or even lesser educated ones, who played bridge with him every evening in office, and fawned over him and laughed at his corny jokes, got to service and flaunted clients with marquee brand names that looked great on any CV. 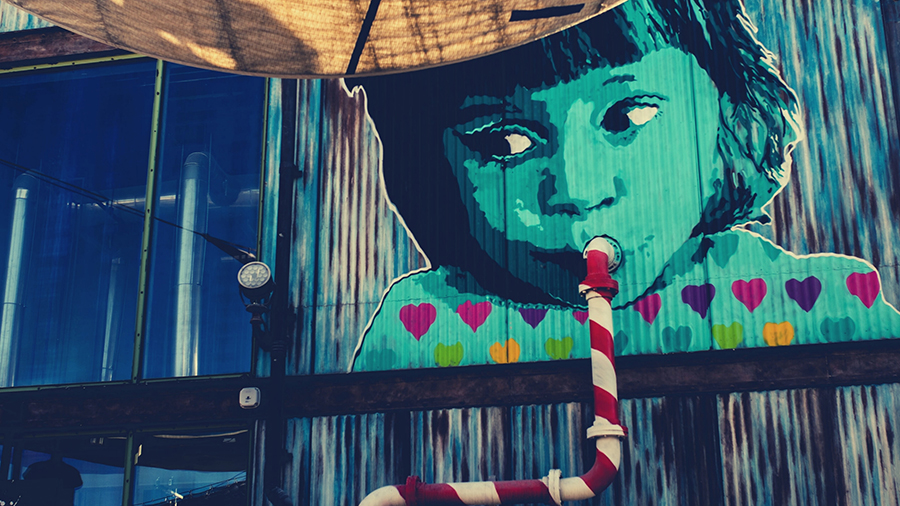 I was very good at my work. And it was only a matter of time, despite the blue-blooded boss’ negativity, that I moved onto the more coveted businesses - and made my mark.

However, the scars of those early days in advertising, of being treated like a leper despite my talent and qualifications, have never really healed despite the passage of so many years. It was not just the discrimination, or the disdain, but the overwhelming feeling of being defeated by those much less worthy that would make me want to cry almost every other day – but in our small town culture, and in my middle-class upbringing we had been taught that big boys don’t cry. Or at least they don’t cry in public.

So, one would bear the humiliation without a murmur, without any protest. Suffer. Suffer silently. Suffer bravely. Simmer. Seethe. Suffocate. It is just that one had the brilliance, and the resilience, to battle the blue-blooded monster and emerge reasonably unscathed on the long road of a career in advertising.

Not everyone is that lucky.

Why did the elitist boss not like me? He was everything I was not. Big badge family name, alumni of some famous school with an accent that would leave a Londoner gasping for breath and friends (and cousins) in high places. He had no value for my education or my cerebral abilities. I just didn’t have the spit-and-polish he put a premium on. I was an outsider. And outside I would remain.

Advertising, in those days, was the playground of those with lineage. And money. And class. And pedigree. And connections.

I saw much the same in a different variant many years later when I was Chairman and JV partner of the largest ad agency in the world. But the agency I ran was not part of the Big Boys Club called the Advertising Agencies Association of India (AAAI), which was controlled and run exclusively by the bosses of some big agencies, to the preclusion of all others.

The AAAI would bend over backwards to support the ruling coterie. But for those not in the elite group, all they had was derision, diffidence and distance. My tussle with the AAAI and my bid for president in 2010, which I lost by a mere two votes, is well chronicled in my book, Konjo – The Fighting Spirit. So I won’t go into the details. 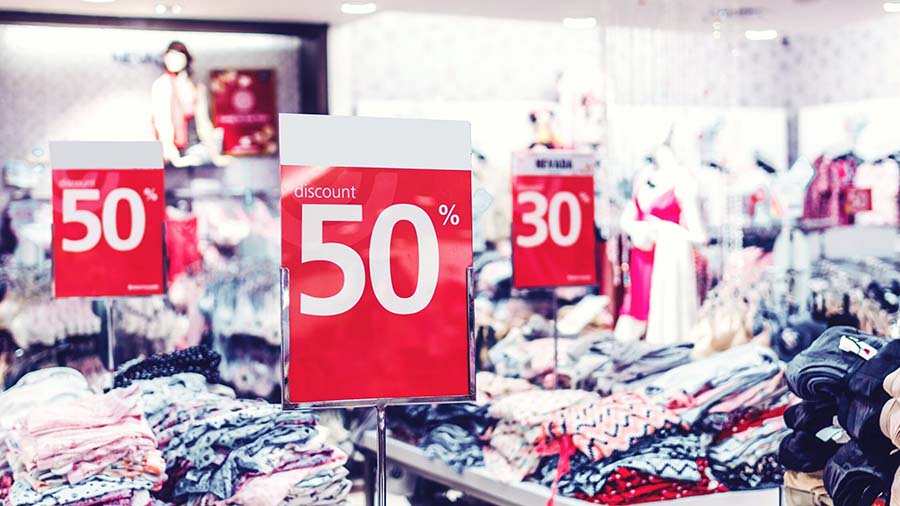 I had the entire big agency daddy’s arraigned against me. They had cartelized to run us out of business. Just that they had underestimated my ability, and determination, more importantly my fury, to give them a fight. Eventually though, despite the battle I waged, the AAAI remains an exclusive club, where creative boutiques owned and run by many fabulous creative guys find no place on their roster of members even ten years after I took up cudgels on behalf of the David’s against the tyranny of the Goliaths.

This was nepotism of a different kind. When monies of the one of the AAAI stalwarts would get stuck with an erring client, the AAAI would promptly embargo the client. When the same happened to someone not in the elite group, the AAAI would just shrug their shoulders and move on.

It was a system programmed to support their own friends - give themselves, by mutual agreement, the president’s position without an election ever; hand-out lifetime achievement awards to those still in active business and celebrate them; and generally monopolize all the industry positions in joint-bodies with the INS, IBF and ISA; and others like ASCI, MRUC and more.

I was lucky to have had a big global partner and a to-die-for client list; a healthy P&L as well. So we could survive even when a big client did not pay. Many other agencies, in fact smaller ones, would just have shut shop. The AAAI couldn’t have cared less, as long as its own selfish interests were cocooned and well protected.

This is nepotism of the financial kind: look after those you call your own - feed the rest to the wolves. Period.

I have often been asked why we blame the system when Shah Rukh made it big in Bollywood as an outsider. So also, Piyush Pandey and Prasoon Joshi in advertising. But exceptions don’t make the rule. It is the other way around.

For every Shah Rukh or Piyush or Prasoon that beat the system, hundreds fell by the wayside and perished - just because they were not ‘good enough’ to have coffee with?

The article was first published on 16th June 2020 in Campaign India. The link is below: