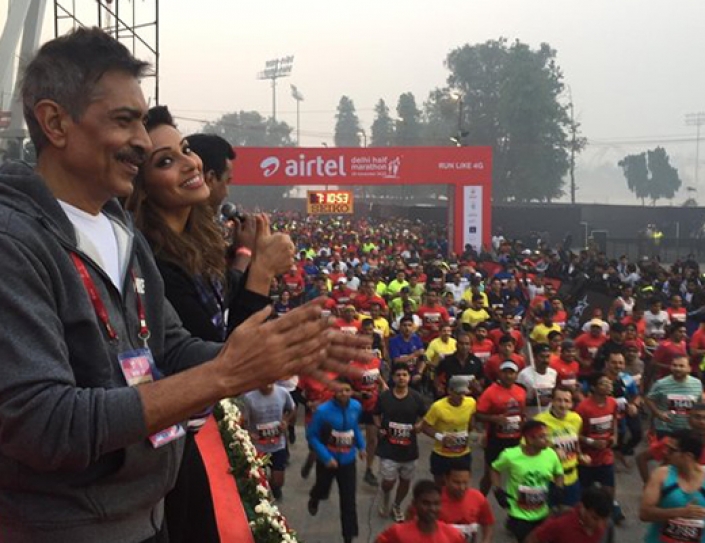 Prakash Jha Supports The 'Run For Respect' Initiative At The Airtel Delhi Half Marathon 2015.

National award winning director, Prakash Jha was seen attending the Airtel Delhi Half Marathon 2015 which was held on Sunday.The director was present as part of the Run for Respect cause which showcases the healthier side of the Indian Police Force and to salute their bravery with thousands of Delhiites. Prakash Jha was joined by Bipasha Basu who was also present in support of the initiative. Prakash Jha who is known for his political and socio-political films, is currently working on his directorial venture Jai Gangaajal starring Priyanka Chopra in the lead. The film is in continuation of the 2003 hit film Gangaajal and revisits the police-society relationship with a fresh narrative.