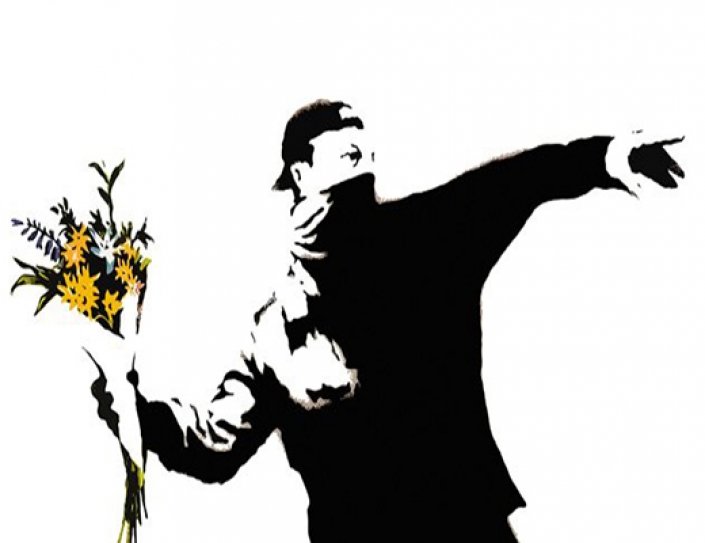 We were hoping to avoid this, and did our damdest for that, but unfortunately, in the face of demeaning obduracy, we failed. Hence, the only way out of a rather grim situation is to continue the struggle by striking work!

So, all the workers of this industry, including directors, actors, music directors, cinematographers, all other technicians, junior artistes, AND screenwriters & lyricists are going on strike from October 3, 2015.

Below, I’m going to focus on the screenwriter’s condition. It needs an explanation, and so is long. If you’re interested, then READ IT FULLY!

Background for screenwriters The vulnerable position and condition of screenwriters in the film industry is no secret. And, the primary reason for that is that writers’ contracts are unfair, are totally one-sided in favour of producers, exploitative, and violate the Copyright Act, as we explain below. Writers’ contracts humiliate the writer! In too many contracts, even credit is not assured. Shockingly, the contracts of even some established writers say, ‘Final credit will be on the discretion of the producer’! And, ‘This contract can be terminated by the producer at any time, without assigning any reason whatsoever’! This allows the producer to throw you out, snatch your written work, take your credit away, and deny you your balance fees. (Some contracts even state that the writer will return the fees, if the producer is unhappy with the work!!) Wow!

Plus, it is a known fact that new writers, no matter how good their work and how talented they may be, are paid a pittance, often less than Rs. 1 lakh for the entire script. Even successful writers are paid much much less than the worth of their work. This, when film budgets are ballooning rapidly and proudly, all the time. And, star salaries have hit the sky!

Copyright Law
The amended Copyright Act was unanimously passed by parliament in June 2012. It now contains sections that are protective of writers’ rights. According to this law now

– When a writer writes, s/he creates intellectual property of which s/he is the first owner
– S/he then has the right to assign it to the producer to make a film, making him the second owner
– The right to be called the author of that work is permanently his/hers
– While the producer is free to commercially exploit the script, when the film based on your script is shown on TV, on the Internet or on any platform outside of a cinema hall, you are entitled to royalties (a percentage of such earnings). If the film is remade or adapted or dubbed or converted into a TV serial or book or commercially exploited in any way whatsoever, you are entitled to royalties from such exploitation. This right to receive royalties cannot be assigned or sold to anyone, including to the producer. No one can take it away!
– This royalty is separate from the writing fee. And, you are to receive it for your entire lifetime, after which your heirs get it for 60 years after your death. (Royalty rates are formulated by the writers’ copyright society and confirmed by the Copyright Board. While HRD Ministry is still to appoint a Copyright Board, do know that you will get your royalties in retrospect from June 21, 2012, and writing contracts have to acknowledge that.) Royalty does not depend on the generosity of the producer. It is your legal right.
This is the clear and unambiguous copyright law of this country.

Illegal contracts
How many writers’ contracts have these clauses? None! Instead, they term the writing fee ‘advance royalty’, or flatly write that the writer forgoes his/her right to receive royalty. This is blatantly illegal.

For too long have all screenwriters suffered such practices that deny them the due value of their work, their credit and royalty!

Why do they do this? Simple answer: Because they can! As businessmen, their aim is to squeeze costs wherever possible, and writers are soft, unprotected targets. Their high-sounding words about writers being very important never seem to translate into contracts, fees and rights!

FWA’s Minimum Basic Contract
To rectify this situation, and regulate the writer-producer relationship, FWA insisted on a basic standard contract for film & TV writers and lyricists, which would have some essential protective clauses, and a schedule for minimum fees, production slab-wise. After intensive consultations with several IP lawyers and about 25 film screenwriters including Javed Akhtar, Vishal Bhardwaj, Jaideep Sahni, Sriram Raghavan, Rajat Aroraa, Shridhar Raghavan, Abbas Tyrewala, Amole Gupte, Saket Chaudhary and others, a Minimum Basic Contract (MBC) was formulated.

– It is based on the principles of mutuality and fairness.
– Holds both, the producer and the writer, accountable to their respective commitments
– Guarantees your credit.
– Confirms your right to receive royalty.
– Protects you against arbitrary termination.
– Has a schedule of minimum writing fees, budget-wise.

Our MBC was examined by senior Indian and international writers, other writers’ guilds, senior IP lawyers, and most importantly by producers themselves. It was termed reasonable by all of them! In fact, three years ago, when FWA officially negotiated this MBC with the Film and TV Producers Guild, all the above clauses were mutually agreed to! They even wrote to us confirming this!! And, yet, when the copyright act was amended, they summarily backtracked. (We strongly recommend that you look at the 2-page attachment, which lists the important clauses of the MBC.)

The solution: Collective Bargaining
Screenwriters the world over envy the status and rewards that Hollywood writers enjoy. Why do they get this and Indian writers don’t? The only, and we repeat, the only difference is collective bargaining! The bargaining power of an individual writer is grossly unequal compared to that of the producer. So, the Writers Guild of America enforces their own Minimum Basic Agreement with the collective support of all its members. And, even they’ve had 3 strikes since the 40s before achieving their currently enviable position.

FWICE’s MoU
The Federation of Western India Cine Employees (FWICE, the mother-body of all 23 unions) signs a Memorandum of Understanding (MoU) with Producers’ bodies to ensure a wage-increase and improved working conditions for workers. But, this was mainly for the physical workers. This year, FWA and other talent-based unions, including cinematographers, editors, art directors, sound recordists, etc. decided that our proposed standard contracts should be included in that collective MoU.

The Producers’ representatives agreed, in principle, that negotiation meetings with all the unions would be concluded and the MoU signed by January 2015.

Why strike?
But, that has not happened. Unending prevarications, procrastinations, cancellations, and excuses have been used to not sign it. The sub-text is clear: On their own, they will not grant us our rights. Not until, we resolve to struggle and fight for it.

After 14 months of suffering delaying tactics, FWICE was left with no choice but to declare a general strike. All the 23 unions, actors, directors, music directors, every single worker of the Film & TV industry, including FWA, are going on strike!

Of course it is going to be difficult to sustain the strike. In a relationship-based industry, telling one’s producer that I am on strike and won’t write is deucedly awkward. You fear for your job. A writer’s strike in India is unprecedented, and hence fraught with doubts, misgivings, anxiety and questions.

Entirely understandable. But, the alternative of a no-strike seems clear too. You continue to be denied the fair value of your work. You get exploited for ever. You continue to suffer the humiliation of unfair contracts, which take away your rights AND your dignity.

On the other hand, if screenwriters remain united and speak in one voice and action through this strike, they can compel producers to collectively negotiate a fair and just MBC, which will assure every screenwriter of a decent status. So, while we don’t want a strike, it seems clear that we need it. Moreover, as members of their union, screenwriters are bound by it.

All working writers, please feel free to feel free to write in your questions and issues tofilmwritersassociation@gmail.com. Please cc anjumrajabali@gmail.com

And, PLEASE SHARE THIS POST WITH ALL YOUR WRITER-FRIENDS. THANKS.
It’s time to stop being helpless. It’s time to make a difference. And, if we stand together, we can!
In solidarity