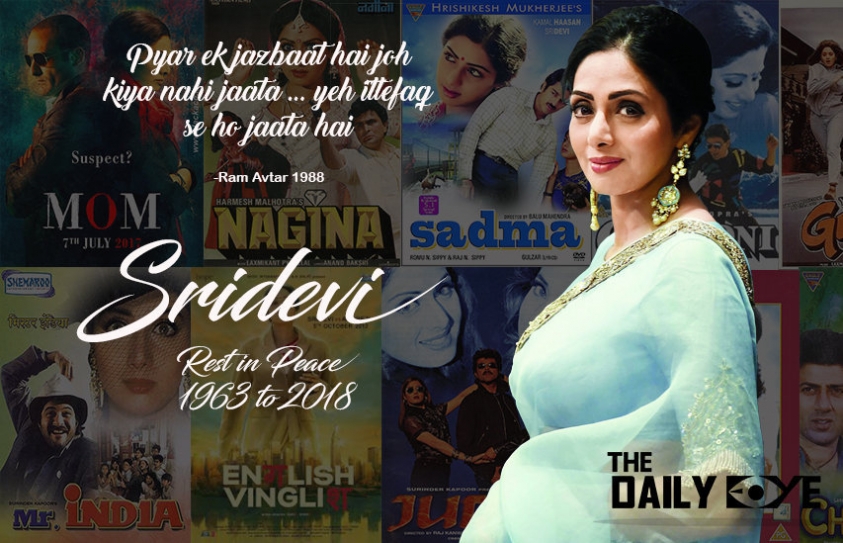 I woke up and checked my phone like I always do every morning. While scrolling through notifications a horrifying news headline popped up on the screen, " Bollywood Icon Sridevi dies at the age of 54". I blinked twice in bewilderment and reread the headline. A lot of questions arose. Is it really true? But it can't happen! How did this happen? It took me some time to digest the fact that the flawless Sridevi was no more. The legend died of cardiac arrest late Saturday in Dubai. This has left the entire industry and her fans in complete shock.

"Actor-MOM-Housewife-Actor Again!" is what Sridevi's official Twitter account says and this is what best describes her as a person. Wife of Boney Kapoor and mother of 2 daughters, Sridevi started acting at the age of 4, making her debut in Tamil movie Thoonavian. Her career expanded over 5 decades within which she worked in more than 300 films. She made her entry in Bollywood in 1975 with the blockbuster romance Julie wherein she played the role of a younger sister of lead actress Lakshmi. In 1976, she got her first leading role in K Balachander’s Moondru Mudichu, which inaugurated a fruitful phase with the director and her co-stars Kamal Haasan and Rajinikanth. 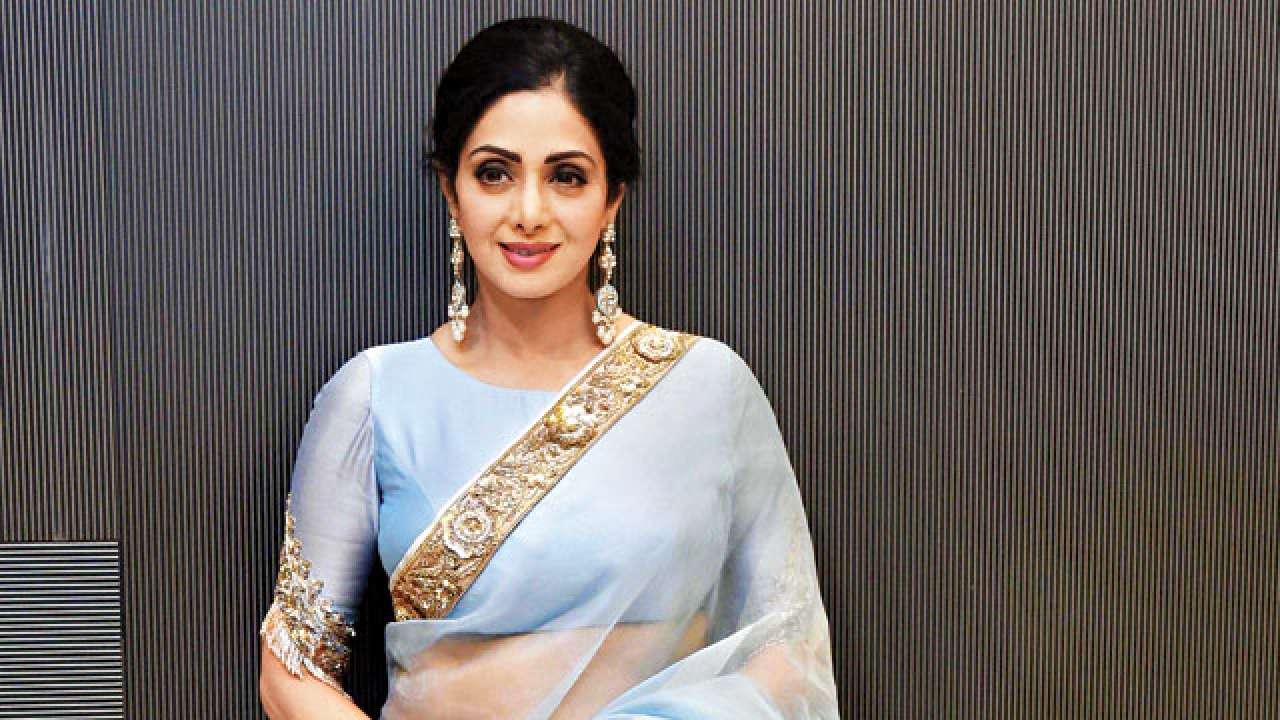 Sridevi’s acting prowess was on display very early on in her career. In the '80s, when Bollywood was dominated by male superstars, Sridevi's luminous style and impeccable comic timing brought her the tag of Bollywood's first woman superstar. Her name, most of the times, guaranteed a film's success and her dance moves in songs like "Hawa Hawai", the sultry "Kaate nahi kat-te" and the snake dance in "Nagina" were copied by legions of fans. She shone even as a child actor, and in Moondru Mudichu, she is in top form as Selvi, who avenges her lover’s death at the hands of the evil Prasad (Rajinikanth) by marrying Prasad’s father.

She had also ruled the Tamil, Malayalam, Telugu, and Kannada film industry. As The Scroll correctly writes, the collaboration between Sridevi, Kamal Haasan, and Rajinikanth produced some of Tamil cinema’s best-loved films. These include Gaayathri (1977), in which Rajinikanth once again plays the cruel husband to Sridevi’s virtuous wife; Kaavikuyil (1977) and Priya (1978). In 16 Vayathinile, also starring Haasan and Rajinikanth, she plays a jilted woman who stands up for her beliefs.

The Sridevi-Haasan chemistry enlivened the popular classics Sigappu Rojakkal (1978), featuring Haasan as a serial killer and Sridevi as his wife; <Varumayin Niram Sivappu (1980), in which she is the sympathetic lover of Haasan’s unemployed graduate; the vigilante-themed blockbuster Guru (1980) and Meendum Kokila (1981), where she plays a dutiful wife who wins back her husband who is infatuated with an actress.

Her stardom was at its peak in 1989 – she starred in Chandni, Guru with Mithun Chakraborty (with whom she was rumoured to have had a secret wedding) and one of her best films, Chaalbaaz. A comedy about twins separated at birth and swapped in adulthood, Pankaj Parashar’s movie also stars Sunny Deol and Rajinikanth, but it is a Sridevi show all the way.

Sridevi’s confidence and self-assurance shone in these male-centric films. A shy introvert in real life, Sridevi came alive in front of the cameras. "After camera, start sound...she just transformed...and stayed in her character self until 'cut' was said...she was a bijlee in front of the camera," Subhash Ghai said.

She was often cast as the voice of conscience and the empathetic foil to the angst-bitten hero, and she admirably held her own. Her performance as an emotionally regressed child-woman in Balu Mahendra’s Moondram Pirai (1982) is counted as one of her finest.

She made a searing return in 2012's "English Vinglish". From the very first frame it was evident that the actor has lost none of her Mr India charm. As Shashi, the housewife struggling to learn English after being belittled by her family, her performance received rave reviews. The following year, she also made an appearance in Bombay Talkies.

Sridevi stunned fans with her performance as a villainous queen in "Puli", which also marked her comeback to Tamil cinema after a gap of more than two decades. Last year, she was seen in revenge-drama - "Mom" - opposite Nawazuddin Siddiqui and Akshaye Khanna. She shot for a special appearance in superstar Shah Rukh Khan's upcoming film - "Zero" - which releases in December.

In 2013, she received Padma Shri, the fourth highest civilian award and has won numerous awards for her performances over her lifetime. From a child artiste to India’s first female superstar, this ‘Actor-MOM-Housewife-Actor Again’ will greatly be missed by everyone!