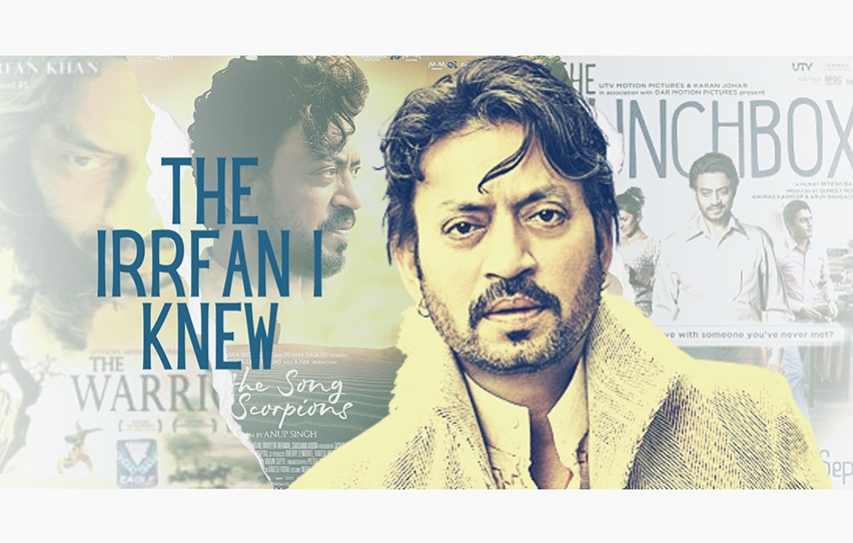 Irrfan became a regular visitor to FTII campus and therefore a participant in many “daru” and “maal” addas, writes Sharad Raj

The year was 1988. Doordarshan had become a staple source of alternate entertainment in educated middle class households, to regular Bollywood fare. Television serials like Hum Log, Buniyaad and Khandaan had captured the imagination of the bourgeoise who were getting tired of inane Hindi films and a fast-deteriorating quality of Parallel Hindi Cinema.

One such evening we sat down in our Lucknow home to watch a teleplay called “Laal Ghaas Par Neele Ghodhe” and saw this young man essaying the part of Vladimir Lenin, the great Russian revolutionary. We were bowled over by the performance of this young actor and wondered who he was until we found out his name was Irrfan Khan. Ironically Lenin and Irrfan both passed away at the age of 53. “Naseeruddin Shah, has competition”, my folks exclaimed and from that point as a family we started to follow the work Irrfan would do. Soon we saw him in Govind Nihalani’s “Drishti”, and we knew that the family prediction about Irrfan was turning out to be true!

By then I was at the Film & Television Institute of India (FTII) Pune, and I met him there soon after. Those were the days of a lot of National School of Drama (NSD) New Delhi graduates coming for student exercises and diploma films to FTII. Actors like Navneet Nishan, Kenneth Desai, Nirmal Pandey, Amole Gupte etc. had made the film institute their second home. Irrfan was one of them. I still remember the excitement of telling my mother over a routine weekend call that I met the actor who played Lenin! My mother gushed from the other side and suddenly there was a ring of credibility to my radical career choice!

Irrfan became a regular visitor to FTII campus and therefore a participant in many “daru” and “maal” addas. It was my immediate senior Sandeep Chatterjee’s diploma film that he had a prolonged stay on campus, and we befriended each other. I was sure by then that he shall be cast in my diploma film too and I told him that, to which he replied with his trademark smile, “haan haan bilkul”.

Meetings and addas with Irrfan continued on campus. Everybody wanted a pie of this intense looking deadly actor. He seemed to personify everything we would imagine on screen in the early nineties. When I conceived my diploma film, “Windscreen”, where a taxi driver goes into his flights of fantasy, dreams and memory, exploring his relationships with women starting with his Oedipal fixation, the idea was conceived with Irrfan in mind. By then, fortunately for Irrfan and unfortunately for me, Bombay had started to take notice of this immensely talented actor. He had bagged “Banegi Apni Baat”, a soap opera on a forthcoming private television channel, ZEE TV. He had to opt out of my diploma film. I was heartbroken. No other actor seemed to fit the bill as the film was conceived with Irrfan, until I gathered myself and cast Sanjay Mishra, another gifted NSD graduate. But this firmed up my resolve to work with him in the near future. Irrfan had a sensational screen presence, almost devouring, back in the days. And it remained so, until his last work.

The opportunity came soon after when I decided to adapt a chapter from Fyodor Dostoevsky’s “The Idiot” as “Ek Thi Maria”. However, before that we became neighbors in Juhu, Mumbai. My one room tenement at D.N. Nagar, Juhu was right opposite ESIC Nagar, a government colony, where Irrfan and Sutapa lived in a rented one-room facility. Our windows were bang opposite and we would often scream pleasantries to each other. One afternoon, it was heartbreaking to see Irrfan and Sutapa drag their bike all the way from PMGP Colony in Andheri East, Mumbai where many of our friends stayed, to their ESIC Nagar house during the Mumbai riots of 1992, after the demolition of Babri Masjid. The two had walked all the way, as there was a curfew imposed and a cop had told them to not risk riding the bike especially because they were a Hindu-Muslim couple. Three of us realized that seeds of communalizing the country had been sowed. And we were upset about it.

My parents arrived soon after and hosting Irrfan and Sutapa for a meal was topmost on their agenda. Such was their admiration for Irrfan. The couple were fed with some delicious “yakhni pulao” cooked by my mother, which they ate with glee. They obviously loved it and Irrfan and my dad struck an instant rapport. 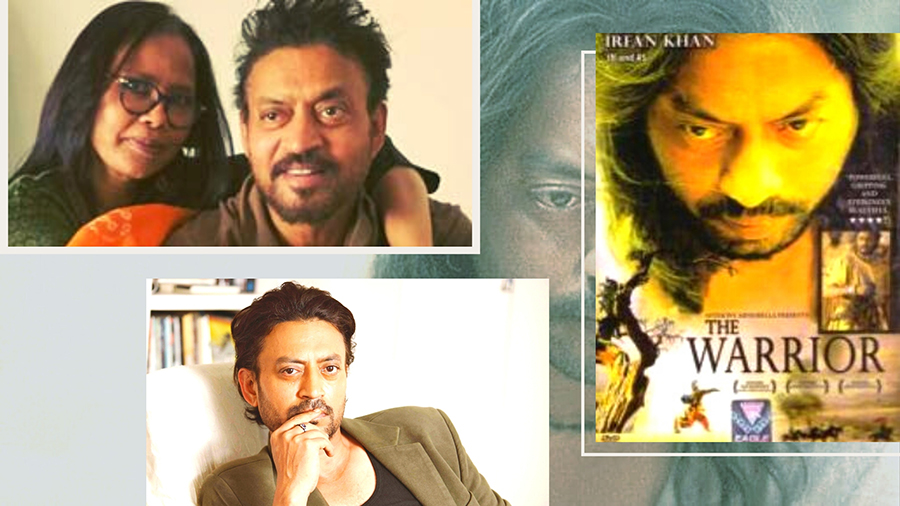 I left for Lucknow with my parents as the violence continued unabated in Mumbai. Many months later I returned to cast for “EK Thi Maria”. This was my opportunity to work with Irrfan, after the diploma film disappointment. He seemed to be the only befitting sexy man for the part of the guy who seduces Maria and dumps her. Once again, I was imaging him alone in the part.

This time I was fortunate. He agreed for this small role at an unbelievable fee of a paltry, Rs. 6000/- for three days of shooting!!! Raghuvir Yadav was riding high on “Massey Sahib” and “Mungerilal ke Haseen Sapne” and was paid Rs. 40,000/- for the film. Irrfan soon galloped into the bracket of lakhs and crores, and everybody said, “we told you so”.

We were shooting and staying at Smatacheck Retreat in Bhimtaal. During the day it was our location and after packing up it would become our hotel. We would drink and lounge and play the fool after 6PM and Irrfan would participate with full gusto. He had a ball there in the serene hills of Bhimtaal. He bonded with my dad and my dear friend Shobhit Jain who was also the editor of the film. But before he left, he told me something that has stayed with me since and will always remain with me. He said, “Sharad, tu bahut jaldi OK bol deta hai, mein aur bhi achche take de sakta thaa. Thodha jaldi satisfy ho jaata hai.”

While shooting all of thirty nine scenes of my feature over twenty days, these lines resonated with me every day. Would Irrfan feel alright if I now approved the take, was the question I asked myself after every retake and would only stop when I got “yes” as the answer. Such was the impact of his comment. What a priceless lesson Irrfan had taught me! 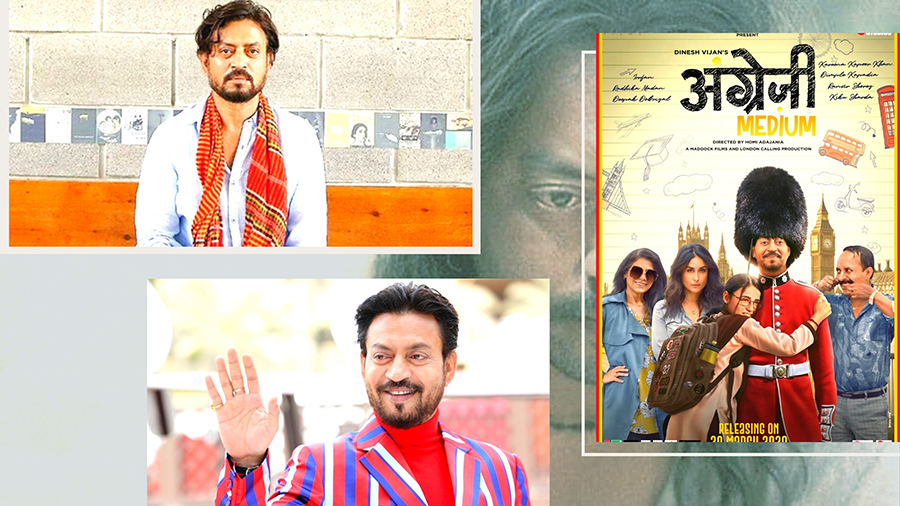 We stayed in touch for a while after “Ek Thi Maria” and then our respective lives took over. Next I heard of him was when the news of Asif Kapadia’s “The Warrior” came. There was no looking back after that for Irrfan. From Yashraj to Ang Lee to Mira Nair, everyone wanted him. He soon jettisoned into a different league all together. Facebook brought Sutapa and me in contact again and we stayed in touch on and off. The last I met Irrfan was at a coffee shop in Andheri west, Mumbai, when Sutapa and I were working on a television show together. He charged in like a storm, said hello, took some stuff from Sutapa and dashed out.

My last interaction with Irrfan was over whatsapp in 2017 when I messaged him to tweet the promo of my crowd funding campaign. Irrfan was in London. He said he would, once he is back and has seen the trailer. After that I occasionally took his health updates from Sutapa, mindful of not encroaching upon their privacy, which they had guarded well and ensured his ailment remains a private thing. Then last year, as it must to all men, death came to Irrfan, ridiculously soon. If ever there was a cruel joke that was it.

Today, a year after he’s gone, let us remember Irrfan as someone who visited this planet, did his job and left, like so many talented people before him and celebrate his talent, as we remember him fondly.