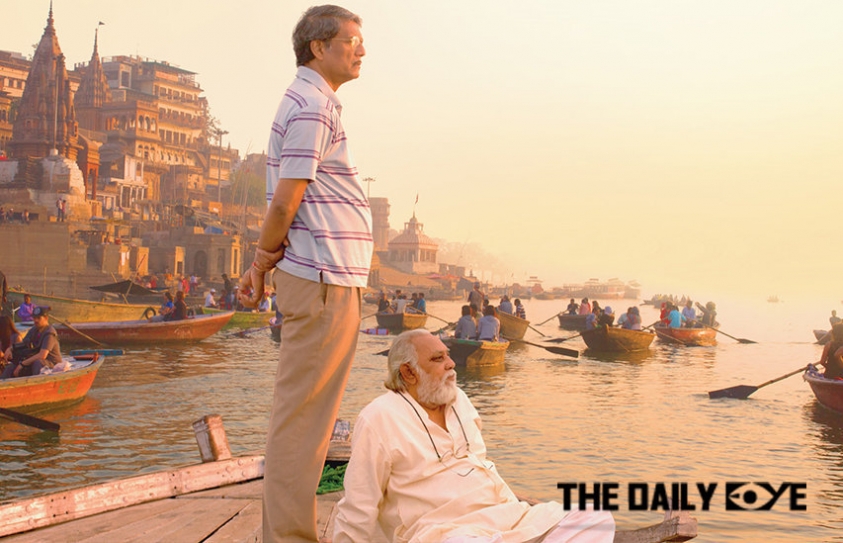 This year's event is set to be inaugurated by yesteryear heartthrob Zeenat Aman, who will cut the ribbon at the College's Robert E Parilla Performing Art Centre on September 8. The first night will feature a red-carpet event and reception, along with a screening of two films, namely Bankster, an action drama, and Clash of Morality, a short story.

Bankster is Azaan Khan's first directorial venture, and it features Faizan Khawaja and Naseeruddin Shah, and was released last spring. Clash of Morality, directed by Indian American Vinay Pujara, is the story of two individuals, Mohamed and Richard, who are stuck in an elevator, and the confrontations that occur.

Over the course of the weekend, over 34 independently-made award-winning features, documentaries and short films from South Asia will be screened. These include films made in Hindi, Urdu and other regional languages as well, which shall be shown with English subtitles. The line-up includes films such as Hotel Salvation, Lipstick Under My Burkha, A Death in the Gunj, La La Begum, The Valley, Palyadawasi, Black Prince and Mantra.

The screening sessions are to be followed by a Q&A with directors and actors. DCSAFF Executive Director Manoj Singh said that "This may be the only opportunity to see many independent art films which may never be released commercially. It will be a very busy weekend for film lovers, which will also provide a cultural exchange platform for students, learning sessions, and serious discussion on social issues.”

This is the second time that the festival has paired up with the College. “We are extremely delighted to be part of the Washington DC South Asian Film Festival,” said Sanjay Rai, Senior Vice President for Academic Affairs, at Montgomery College, a partner of the festival. “The Montgomery College is highly invested in our local community, which is a highly global community. We are providing our students, through our curriculum and extracurricular activities, a completely global view of today’s world. Events like this are priceless opportunities for our students, professors and broader community to know about the impact cinema is having on the society and the possible solutions it offers.”

The weekend-long festival will also include a workshop on photography by Leena Jayaswal of the American University Film School, a film editing workshop by Joanne Carl of Montgomery College, and a panel discussion after a screening of Deepa Mehta's Anatomy of Violence. The panel will include immigration attorney Sheela Murthy, vice president, HR, at Sodexo Rohini Anand, sociologist Dr. Bess Vincent, criminologist Dr. Vicky Dorworth, and Dr. Darrin G. Campen, Dean of Education and Social Sciences at the college. The closing night will feature stand-up comedian Badar Tareen, and a concert by group Sur Dhanuk Dhun.

Information about the festival can be found on www.dcsaff.com