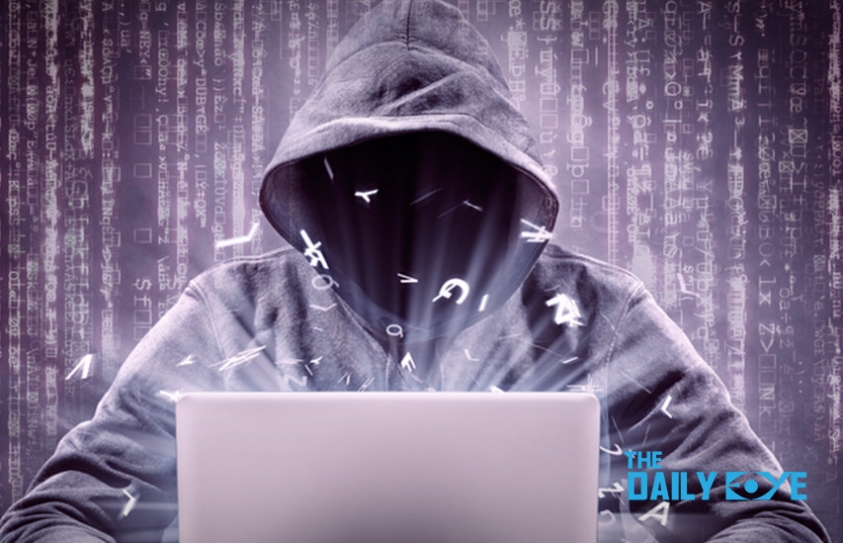 The Perils of the Use and Abuse of Social Media

Humans, by nature, have loved to communicate and share stories and views since the beginning of time. Who would have thought even 20 years ago that email and social media will, in such a short span of time, become the most widely used means of communication in history?

Today, there are close to three billion people hooked on to at least one social media application. Social media was possible with the introduction of Web 2.0 or Semantic Web. Of course, now we are in the midst of Web 3.0 (Institutive Web), which is to say that it is founded on the concept of a user-driven, interactive web.

Blogs, message boards and chat rooms provide an experience that could be described as social media, but the term is more strongly identified with sites like YouTube, Twitter, Facebook, WhatsApp, Tumblr, Instagram, LinkedIn, Snapchat, We Chat, Hike and so on. Over time, the meaning of social media constantly changes according to what the person using it wants it to mean. 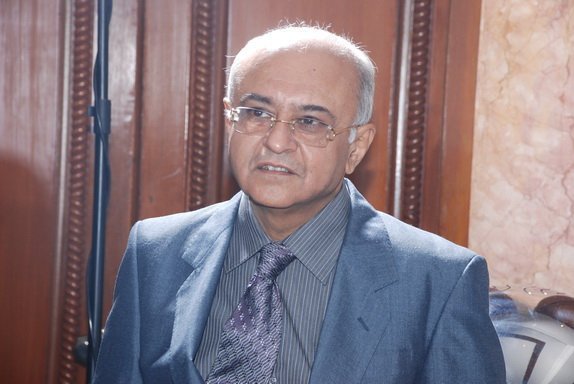 Although blogging may not seem like social media, the term fits because users were suddenly able to communicate with a blog-other as it was instantly as well as other readers.

The term "blog" is an abbreviation of "Weblog" which was coined by Jorn Barger, editor of the site Robot Wisdom.

The first social media website was Six Degrees, which existed from 1997 to 2001. I remember speaking at a conference in Mumbai and talking of blogs around 2006, and people laughed and said I was imagining a world far away. Six Degrees allowed users to create a profile and then befriend other users.

By the 1980s, home computers were becoming more common and social media was becoming more sophisticated. Internet relay chats, or IRCs, were first used in 1988 and continued to be popular well into the 1990s. Sites like MySpace and LinkedIn gained prominence in the early 2000s, and sites like Flickr facilitated online photo sharing.

YouTube came out in 2005, creating an entirely new way for people to communicate and share with each other across great distances. YouTube also, for the first time, gave creative people, activists, evangelists and gurus, and even politicians a democratic, wide and inexpensive platform to connect with millions around the world.

Today, virtually everyone who has a mobile phone even in the remotest part of the world is sure to be connected to some social network. Never before have billions of people across geographies, nationalities, caste, creed or financial status been connected to this extent. Information, communication and entertainment are today truly democratic and accessible to all.

In spite of sporadic attempts by various governments to muzzle this unique medium of mass contact and connect, nothing has stopped human ingenuity from reaching out to a specific or diverse audience. With the rapid spread of wireless technology and broadband speeds, social media is fast becoming the fountainhead of news and information. 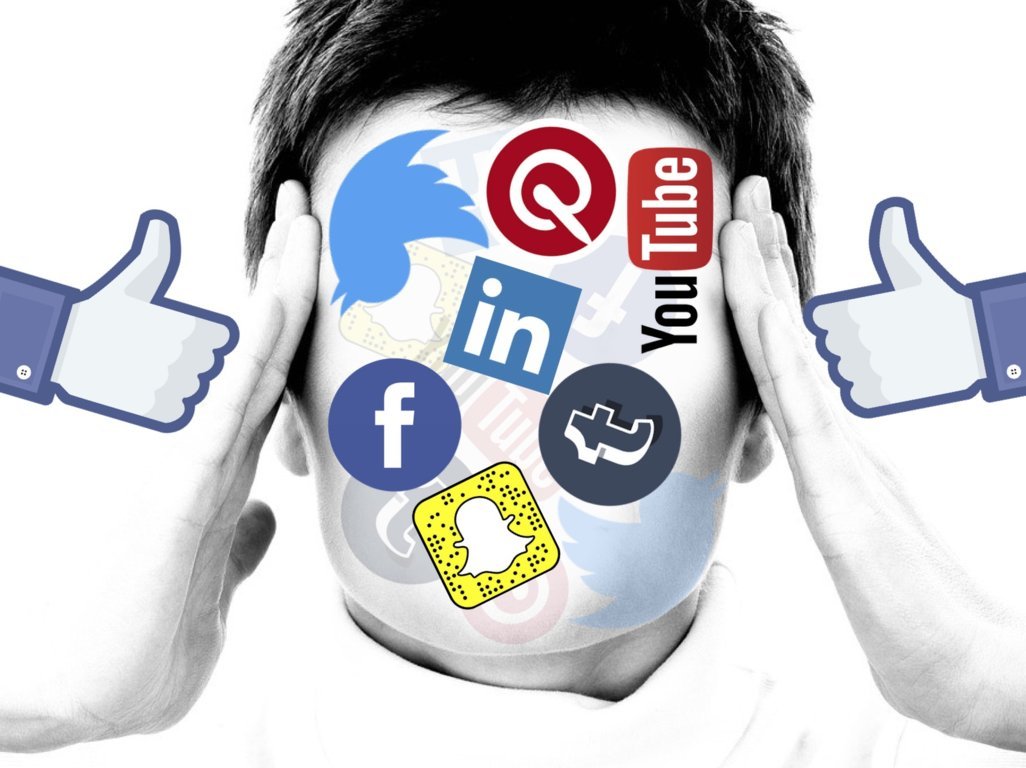 In India alone, there are more than 260 million users of various social media. Of this, Facebook alone has 240 million users, followed by WhatsApp at 200 million users, and Twitter and Instagram at around 50 million and others like Snapchat, WeChat et al, together would make up around 100 million users. Obviously, there is a substantial overlap between the users but clearly, Facebook and WhatsApp are the dominant ones. So far so good.

However, if there are several advantages of social media, there are enough disadvantages too. Let's look at some positive aspects. The coming of satellite, mobile and internet made communication between all humans possible.

In recent years, even the so-called digital divide (between connected and unconnected people) has also been reduced to a minority. Social media has enabled us to form virtual communities and share information with family and friends, and even form new virtual relationships.

I remember the early days of Facebook, which allowed me to rediscover long lost friends after decades. Families separated by distance get together at least virtually on the net. Social media helped bring about social change too. The poor were not alone. Suddenly, their voice was reachable to people that matter.

Often, many incidents of social transformation including government apathy, bureaucratic delays, employee exploitation came to light because of these instant messaging services.

These applications came in handy during emergencies (blood, even organ donors were located and contacted). In many parts of the world, political change has been hastened through social media. Many get all their news from instant messaging now. During natural disasters, accidents and personal crises, it is to social media we first look for help.

From large businesses to an ordinary farmer selling his produce to artisans, to craftsmen, hawkers and neighbourhood shops, to domestic helps, everyone uses social media to reach out for work or trade. Specific interest groups in various fields, alumni and colleagues are all much together today. Family groups keep you updated about relatives with whom you would not otherwise be in touch. Information, knowledge and recreation are all better with social media.

However, there are several issues that we have come to face.

Bilal Ahmed, a tech and social media blogger, lists some of these - cyber bulling, addiction, frauds, scams, hacking, health and security. However, I think the predominant fall out of social media is the spread of misinformation and divineness.

Millions of people report or forward messages or information, including news, that is not verified and often partisan. Terrorists are known to use these apps to communicate with each other or spread panic using them. This is especially dangerous in case of often-wrong medical advice or false news of communal flare-ups. Opinions are spread as facts and personal biases are conveyed as the only option. Rumours and propaganda are widely disseminated among the innocent and gullible. Even as social media brings people together, it divides them.

It is creating a binary in the society. Unfortunately, this divisiveness is not one-sided. If one side is bigoted and fanatical, the other is bitterly partisan and equally hateful.

,The amount of bitterness, which different sections have for each other, is clearly visible on Twitter, Facebook, WhatsApp and other such groups. If BJP supporters accuse those who do not subscribe to their views (and even threaten in some cases) as anti-national, anti-Hindu etc al, Modi haters are no less in spewing their hate for BJP and find Modi responsible for all the problems facing Indians.

I have often explained to friends that if I am supporting the government on any issue, it is based on my perception of the situation; but I am dismissed as being a closet Sanghi. If one side is insidious, the other is perfidious. Bye bye, bi-partisanship.

According to media research foundation Niemen Lab: "The primary vector for the spread of misinformation in India is WhatsApp. The instant messenger is fast, free and runs on nearly all of India's 300 million smartphones. It's also encrypted end-to-end, which means it's nearly impossible to track what flows through it. Its real-world ramifications, nonetheless, can be brutal."

In fact, look at the invention of search engines and the ubiquitous reach of Google altered journalism and news. Everyone has become an authority on every subject. Now, with access to a lot of this unverified or doctored information, we want to drive political debate and development. In this world of algorithmic computing and bots, what is termed as fake news is rampant across social media. Imagine we are only in the early stages of Artificial Intelligence (AI) and very soon the whole web will be automated. 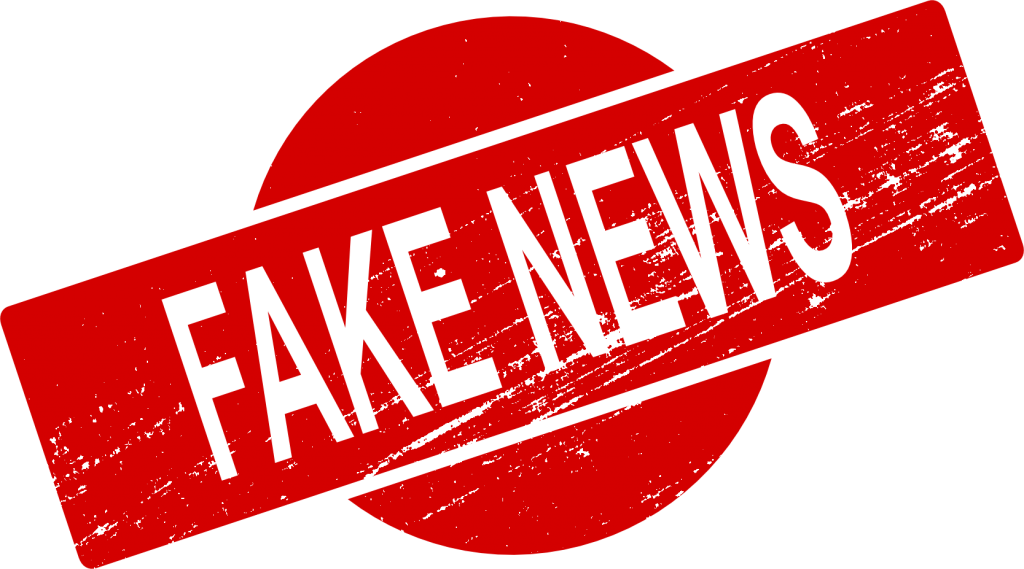 For centuries, we got our news from sources we believed and trusted. In this Google era, research is limited to a few clicks and with digital manipulation we can literally manufacture news.

In any case we live in a world of alternative realities where the mind sees what we would like it to see. Slicing and dicing data (misconstrued as facts) from your perspective, you tell a story about incidents, people, history, society and so on.

With everyone wearing coloured glasses of their choice, the information shared on social media becomes the truth, or so we would like to believe. A general lack of understanding about how the internet works is conveniently passed around.

It is estimated 50 per cent of all forwards on WhatsApp for example are fake or false.

In a recent article on media literacy, Hugh Lineman noted: "Media is no longer passively consumed - it's created, shared, liked, commented on, attacked and defended in all sorts of different ways by hundreds of millions of people. And the algorithms used by the most powerful tech companies, in particular, are brilliantly designed to personalise and tailor these services to each user's profile."

At a time when a vast majority of people are glued to their phones (three-four hours a day), much of their time is spent on social media sites. There is a need for us to understand the perils of the medium. Not only are people being alienated, they are suffering from psychological damage and other illnesses like attention deficit disorder. Like gaming and gambling overuse requires therapy so does over dependence on social apps. Journalists, commentators, doctors and even politicians and we the users all have to work out a new digital ethic and discipline.

There is talk of regulating social media, which is not a good idea because it will give way to more devious use of the internet to communicate.

There are studies (I have also written about it) that social media as a tool of political communication is losing its efficacy. Trolling, for example, is now frowned upon by users. Besides, important digital companies like Google, Facebook, Apple, Twitter and Microsoft are using AI to filter out fake messages. We need to reequip ourselves differently for this new age.

As an expert puts it, "The vast amount of information available online and rise in fake news highlights the need for critical thinking. Children need to develop critical thinking from an early age. This is a key skill for young people to develop as they enter into third level education and prepare themselves for the workplace."

(As first published in DailyO - https://www.dailyo.in/voices/social-media-binary-facebook-snapchat-instagram-whatsapp/story/1/24495.html)