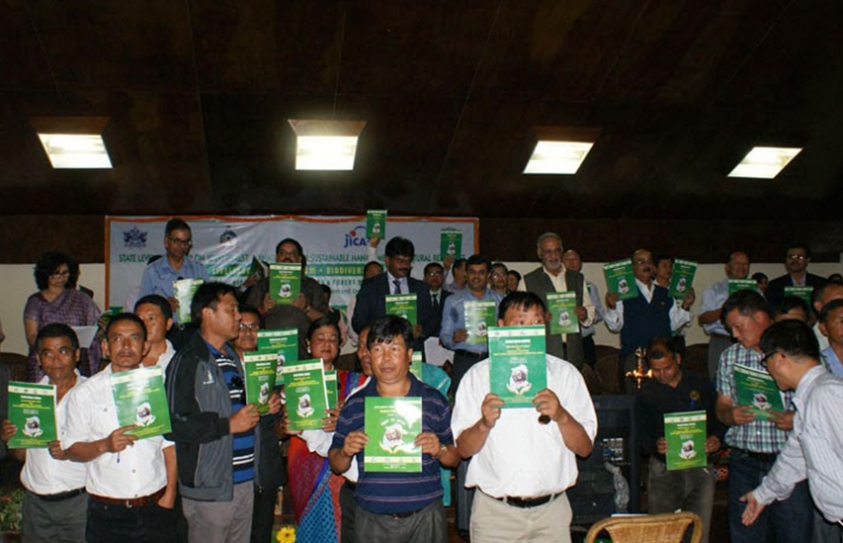 New Delhi/Gangtok, 2nd March, 2016: The 8th Annual Workshop on Forestry and Natural Resource Management Projects was inaugurated today at Gangtok, under the JICA assisted Sikkim Biodiversity Conservation and Forest Management Project (SBFMP) which is being executed by the Sikkim Forest Department.

She also spoke of ensuring sustainability of project impacts and laid emphasis on requirement of an effective “continuity policy” for the projects.

Seven annual workshops for knowledge sharing among executing agencies have been organized in the past at Bhubaneshwar, Udaipur, Delhi, Bangalore, Gandhinagar, Chennai and Lucknow.

JICA has committed JPY 225.8 billion Japanese Yen (approximately Rs. 12,000 crore at the current exchange rate) for 23 projects, across 13 states of India. JICA has supported 22 forestry projects which are state specific and one national Human Resource Development project for the frontline staff in 13 states where a JICA assisted project is not present, this national project has been awarded for ‘Excellence in Training’ at the inaugural National Symposium on Excellence in Training organized by the Department of Personnel and Training, Government of India.

Established, by a specific law, as an independent administrative institution under the Government of Japan, the Japan International Cooperation Agency (JICA) aims to contribute to the promotion of international cooperation. JICA works as a bridge between Japan and emerging countries, and provides assistance in forms of loan, grant and technical cooperation so that the emerging countries can strengthen their capabilities.