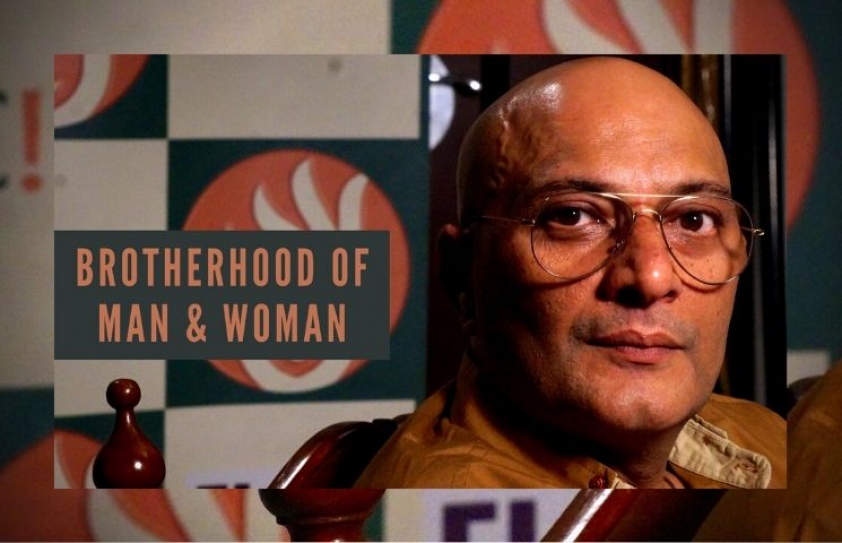 Brotherhood of man and woman

Amit Behl walks us through the huge impact that the COVID-19 crisis has had on the film and television industry and how the fraternity has rallied together to help daily wageworkers that were left stranded. This, irrespective of the fact, that authorities are being hasty in releasing impractical guidelines without consulting all the stakeholders.

When the lockdown was announced on 24th March, the industry had already been closed for about a week and we didn’t really know what was going to happen next because there was chaos all around.

So after a couple of days post the lockdown announcement, we started mobilizing our social media team and made appeals to some of our senior members; mainly those who’re successful and well known among us. Everyone stepped in and helped us manage this crisis, which was unexpected and therefore daunting as well.

As office bearers of CINTAA, which is a Trade Union, Sushant Singh, Vikram Gokhale, Suneel Sinha, Abhay Bhargava and myself become part of the trust committee. The trust can collect donations and also exempt contributors from paying taxes on what they donate by issuing to them Section 80G certificates.

The sudden announcement of the lockdown had left daily wagers without any support, which they needed urgently. We started circulating the account details of the trust to those among us who could contribute towards the welfare of our less fortunate members.

Initially there was confusion between the needs of the daily wageworkers of the overall industry and actors who were also dependent on their daily wages. While daily wageworkers – technicians, spot boys, light boys etc. – mostly clock at least twenty days of work every month, actors dependent on daily wages - members of CINTAA - are barely able to manage four to five days of employment per month and therefore they’re as much at risk. All CINTAA members are qualified as actors and trained as well. Some of them are brilliant but haven’t unfortunately received the recognition they deserve.

CINTAA is not a very cash rich union and other than that, the first phase of the lockdown was severe therefore accessibility to banking and following procedures, which the trust that has the funds to distribute demands, was a challenge.

However, we managed to send out bulk text messages to our members and requested those who were in urgent need, to revert to us with their bank details. We received about a thousand appeals for immediate help so we used funds from one fixed deposit and started helping our members. Then came the deluge – another two thousand actors were in distress – so we cashed a second fixed deposit to be able to help everyone.

Meanwhile the Federation of Western India Cine Employees (FWICE) had reached out to superstar Salman Khan, who contributed generously through his Being Human Foundation. Since CINTAA has an MOU with FWICE, benefits of what Salman Khan had contributed to the mother union, started flowing in for actors as well.

FWICE was able to give Rs 3000 each to about twelve hundred of our members. The numbers of those in need however, kept increasing as lockdown remained in force one fortnight after another post the first phase and continues even today.

Mr Amitabh Bachchan, along with Kalyan Jewellers and Sony Entertainment Television aligned with Big Bazaar to give CINTAA Rs 1500 worth coupons for distribution to actors in need. These e-coupons were sent out to about fifteen hundred of our members through text and they were OTP enabled to add convenience.

As the demand increased much more than before because more of our members started running out of their savings, our Executive Committee members Javed Jaffrey and Ayub Khan reached out to film star Akshay Kumar. Producer Sajid Nadiadwala made an appeal to Akshay Kumar on behalf of CINTAA and Rs 3000 each were transferred by him to the accounts of about 1500 more of our members.

We’ve been receiving funds from contributors very regularly and now the Producers Guild of India has also promised to give CINTAA a fairly decent amount that will hopefully pull us through. Late Kulmeet Makkar Ex CEO of the Producers Guild was extremely pro-active in starting a dialogue between them and us but unfortunately, he is no more. 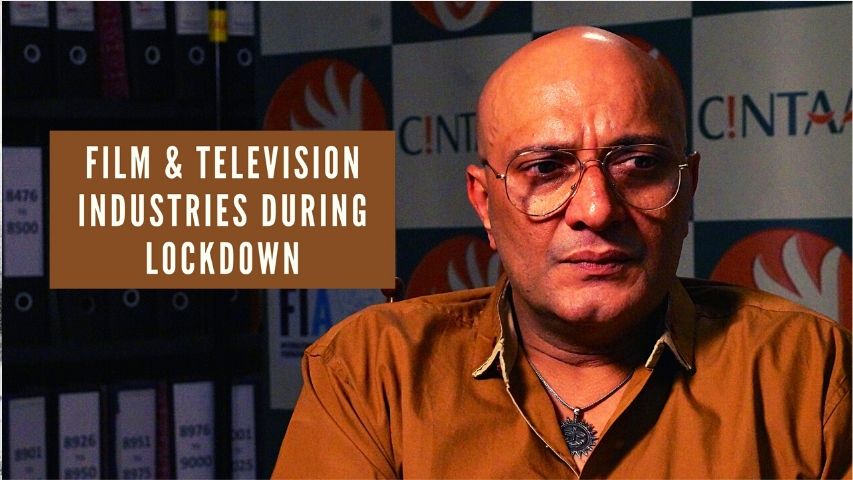 Actor Kunal Kapoor who runs the crowd-funding platform Ketto.com also stepped in and with his efforts, we were able to generate some funds. Producers Nitin Vaidya and Nivedita Basu were some others among our fraternity who contributed to Ketto. There were actors’ known and unknown to us from across the world who contributed small and large amounts through crowd funding, which was heartening.

Hrithik Roshan, through his agency KWAN gave CINTAA Rs. 25 Lakhs. Shabana Azmi, Farhan Akhtar, Vidya Balan, the Kapoor family through Rajiv Raj Kapoor, Kiku Sharda, Ali Asghar, Sharad Kelkar, Sunil Grover, Raju Srivastava, Manoj Joshi, Sudhir Pandey, Pankaj Dheer – all of them have donated generously and without us having to ask. The list of donors in endless - small and big amounts has come from almost everyone from the industry.

As a matter of fact, Vikram Gokhale, our President has donated one acre of agricultural land for the benefit of our senior citizens and for our less fortunate members; for farming and for the building of a sanatorium. This piece of land is close to Pune.

The lockdown is in continuum as we know and although it is being said that things are slowly opening up in phases, there is no sight of when the industry of entertainment will start functioning as normal. We also don’t know how and when funds promised to us by other industry stakeholders will come. Almost every association is in crisis management mode because their members need support.

The COVID-19 pandemic has impacted all of us in an unimaginable way and the entire world has started rethinking on how to live, work and survive. The Media and Entertainment sectors have been severely hit since mid-March in India.

So therefore it must be said here that, having understood the plight of lakhs of workers, technicians and artistes across Maharashtra, working not only in the Hindi segments but also Marathi, Gujarati and related Indian regional language industries, the new guidelines floated by the authorities are not in tandem with international guidelines. Nor have the multinational broadcasters and production houses considered the SOPs shared by their home countries or parent companies, hence they seem impractical in context to India.

Moreover, all the stakeholders involved have not been consulted before the issuance of the directives, hence who is it among the industry decision makers that will take the final onus in the event of a tragedy/fatality?

Has a virologist been consulted? Who will take the responsibility for securing sets, costumes, and property as well as make-up material that has been lying unused for over three months.

Has anyone actually referred to the sample shooting, post-COVID-19 being undertaken in larger M&E industries like the USA for one? What about proper health and property insurance cover for cast and crew on set and post-production respectively? Who is responsible here? Will COVID-19 be covered? These are questions that need to be answered by all the stakeholders collectively before directives are issued. It is quite clear that the decision has been made to appease those who are in a hurry to secure brownie points with the government.

Defaulting producers are yet to clear dues of artistes since over six to seven months. Cine and Television Artistes Association (CINTAA) being the oldest, largest and most proactive association, with an affiliation to Federation of International Actors (FIA), was not taken into confidence except for us having been present during one Zoom call that was held with the Indian Film and TV Producers Council (IFTPC) and one with the FWICE.

What do we say to our members, a strength of more than 10,000 actors, when they ask us if it’s safe for them to go and work and when it is obvious that the world is still reeling under the severe impact of this pandemic?

We understand that TV is losing eyeballs and broadcasters are concerned about having to bear further losses because of this lockdown. We also want to resume work and be a part of a robust economy but being hasty and brash will lead to further disaster.

We at CINTAA would have proffered to have a proper virtual meeting with all stakeholders in it, to create a sacrosanct document, which would have been a win-win for all..

A part of this piece was first published in: