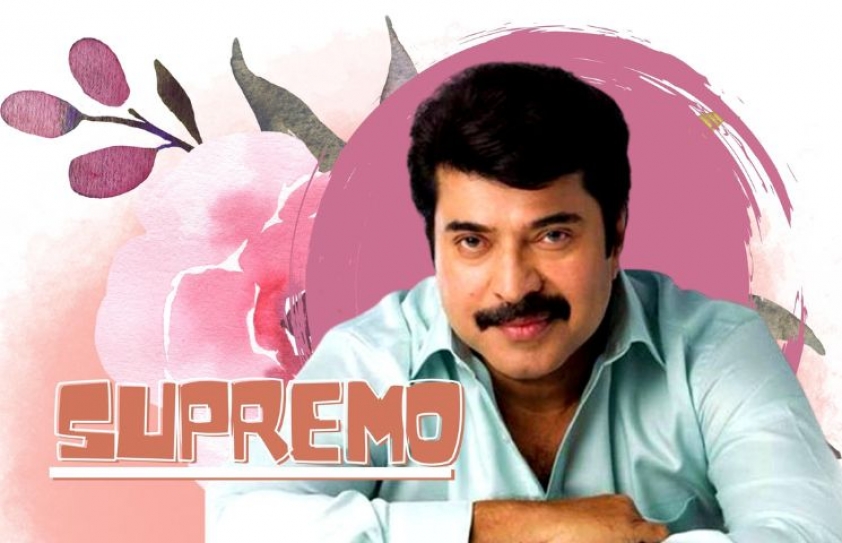 Khalid Mohamed recollects a conversation with the quick-witted Kerala superstar, Mammootty, who’s still going iron-strong at the age of 70.

Once Kamal Haasan and Sarika, asked me grimly, “How come Mammotty is always giving you those weird interviews for Filmfare?”

My response was, “Because I laugh at his answers. And he does have a zany sense of humour, you know. Unlike anyone else, no not even Shah Rukh Khan.”

The couple rolled their eyes at that, as if I was demented. But really the Kerala superstar, Muhammad Kutty Panaparambil Ismail, abbreviated to Mammootty who at the age of 70 is still going iron-strong in the southern films, is an expert at tongue-in-chic.

Incidentally, he has been at home in the cushy budget blockbusters - many are on the streaming channels, of which I especially like the modestly-framed Puzhu and Peranbu, Jabbar Patel’s biopic Dr Babasaheb Ambedkar and the way more austere and artistic cinema of Adoor Gopalakrishnan (Mathilukal, Vidheyan, Anantaram).

In a career stretch of five decades, he has featured in over 400 Malayalam, Tamil, Telugu, Kannada, Hindi and English language productions, bagging three National Awards in the process. As chairman of Malayalam Communications, he is associated with the Kairali TV, Kairali News and Kairali We channels. His 35-year-old son, Dulquer Salmaan has established himself as one of the leading actors in the south, although like his father, he couldn’t gain a foothold in Bollywood. Not yet. 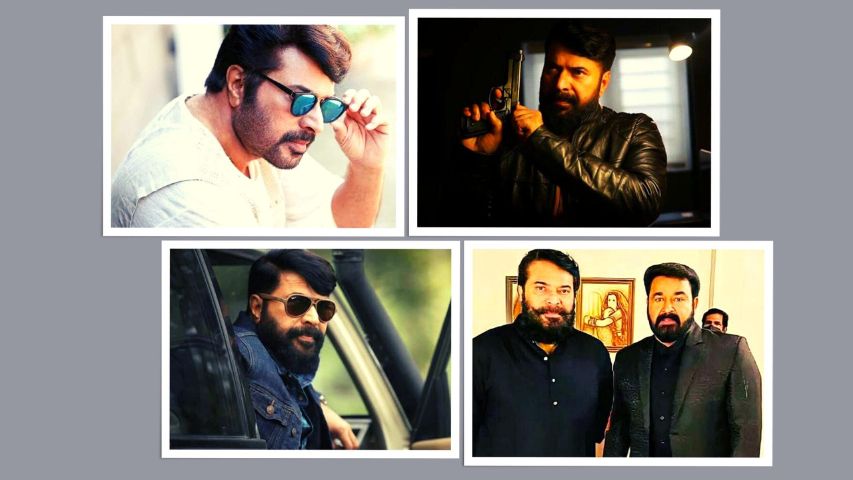 So much for the basic info on Mammootty. Whenever I used to be in Thiruvananthapuram, billboards and posters would show his face off either in a cheery or vengeful mood. Interviewing him would be mandatory simply because banter, bonhomie and steel tumblers of coffee were assured. If there was one subject he’d strive to avoid it would be related to his equally prominent and superstar peer Mohanlal.

Today, I’m all grinny, time-travelling to Thiruvananthapuram, circa 1995. Mammootty was at the Pankaj Hotel, attending one of those high-power film committees. I sent him a note for an appointment, and he sent back a missive that he’d be free at 4 pm, just an hour or so before catching a flight to Chennai, where he had shifted into a house, a feat of architecture made entirely of terra-cota, for a permanent base.

At the appointed hour, he was in the hotel room with his wife, Sulfath, who shot him withering glances. What if they missed the flight? He assured her that they wouldn’t, he had requested contacts at the airline to wait for him. To ease him up some more, I told him he’s looking good (which he infallibly does), in a light cotton shirt and hip-hugging jeans. “I know, I’m looking good,” he had retorted immodestly, “I’m watching my weight. Or you guys will write that I’m looking plumpy-plumpy.”

Oh, I shrugged, it’s not the kind of language we use. He darted me that poster-chameli-white-smile and waited for my first rather thoughtless question which was:

Right now, it’s quite tense. Because my wife is feeling tense. Otherwise, life’s perfect. I was here to attend the meeting of AMMA  who is not my mother for your kind information. It’s an apex body of our Malayalam film industry. Some good decisions were made. 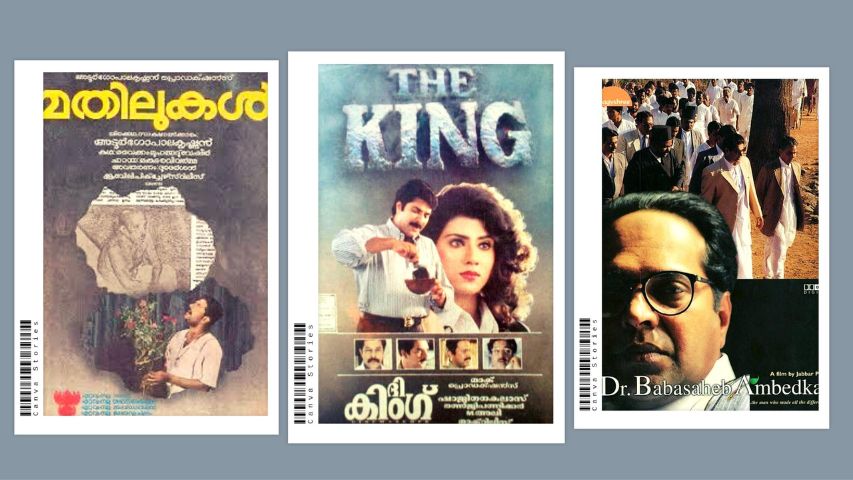 Why should I want to meet you again and again? Get serious.

Because, admit it, you do. By the way, I’m not a serious man - though I’m a serious actor.

Were there fireworks at the meeting today?

No, why should there be fireworks? Everything went smoothly. We only light firecrackers during Diwali.

Why don’t you come more often to Bombay these days?

You pay for my airfare – to and fro, and hotel stay, and I’ll come. Some room service and pick-up from the airport and drop back also, please.

But you’re a rich man.

I know but I don’t believe in wasting a rupee. Tomorrow if I become a pauper, you won’t even buy me a cup of tea.

I promise you I’ll buy you several cups of tea.

What! You don’t look as if you’d be able to afford it.

Oho! What do you do with the money you earn?

I sell the money to the paper vendor, I give it to him at the price of ‘raddi’… money’s worthless, you know.

Ask me a serious question.

Do you know who Konstantin Stanislavski is?

Of couse, he was a great Russian character actor, director, theatre practitioner and theoretician. He established the Stanislavski school of acting. There are so many schools and disciplines of acting and dramatics. I don’t follow any school though. I follow the Mammootty school of acting. I act deliberately.

What do you mean exactly?

Look up the meaning of ‘deliberately’ in the dictionary. It means that I act with a lot of care, study and method. I’m a serious actor, I told you so.

You were a qualified lawyer and practised for two years. Why did you give it up?

Because I was offered a film around 1971, it was almost like a junior artist’s role, I wasn’t even mentioned in the credits. Anyway, everyone wants to become an actor. Don’t you? I can speak to some producers. 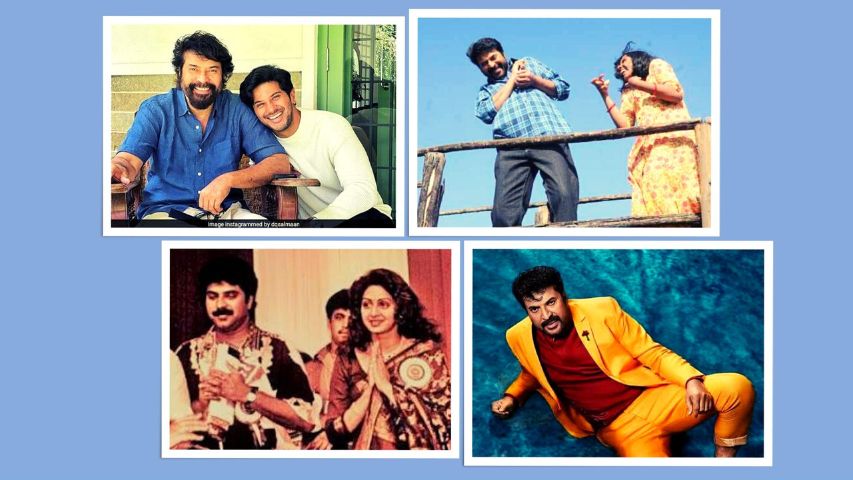 Not at all, thank you very much. Okay now tell me did you actually climb up those tall palm trees in Panthan Madha? I was impressed.

Finally! Thank you, thank you for being impressed. But I must tell you that they were arrack-nut trees. I don’t drink arrack by the way, I just climb the trees.

I’ll let you into a secret. For the scenes where I was right on top of the trees and jumping from one to another, a duplicate was used. I don’t want to die so soon.

What about tilling the land scenes? You did them as if you’re a born-farmer.

I have a sneaking suspicion that you liked my performance.

I must confess that I did.

Then you’re a man who appreciates the good things of life. The kind of ploughing I did in Ponthan Mada is known as ‘nirattal’, where you stand on a platform and it is pulled by buffaloes. I’d never seen a farmer doing this in my life. Two local farmers were called in to supervise the scene and I did it. They were quite astonished that I didn’t fall off the platform. I also navigated a long boat, a long canoe myself in Amaram. I’m told you have to be very experienced to navigate it but I did it at the first go. Magic!

You played the despot in Vidheyan and a slave in Panthan Mada. Which role was more demanding?

Both were demanding. I enjoy every character I play. I don’t want to miss out on any human being. I’ve even enjoyed portraying the title character of King directed by Shaji Kailas, it’s a Malayalam film though its title is in English.

Funnnee!  What’re you playing, a king?

No, I’m playing a kingly district collector. See, everyone has a dark side and a light side. I have to do both.

What is your dark side?

When the lights go off in this room or at home. You’ll only see the darky-darky side of me.

Help! Okay, I still don’t understand why you had to shift to Chennai since you’re doing exceptionally well in Kerala?

I shifted to Chennai for privacy and also the climate… the mental climate that is. I can live in peace there without being watched every minute. Also my kids go to school there. And it’s not as if I’ve switched over to Tamil films. I just did one Tamil film after Mani Ratnam’s Dalapathi. It was RK. Selvamani’s Democracy. It was a good film but didn’t do well. And I can’t do anything about it not doing well. 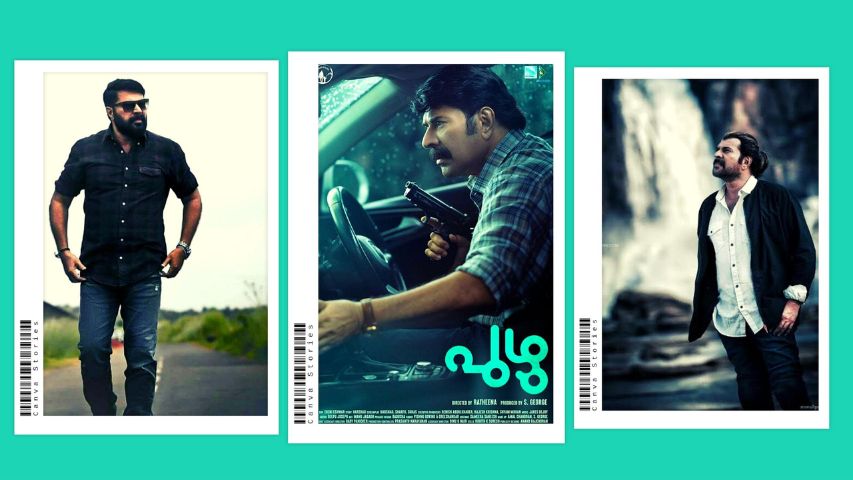 Who is the most popular actor in Kerala today?

If I say Mammotty, you’ll say I’m bragging. So I’ll say Indrans is the most popular comedian on the scene today. He’s become a popular ingredient in Malayalam movies.

I’ll still ask you this – aren’t Mohanlal and you the most-wanted actors in Kerala today?

No fears. We aren’t criminals, why should we be ‘wanted’? Oh but still we’re senior actors, quite in demand you know. I was talking about the latest issue.

Yes, issue. I must buy you a dictionary.

I’ve never called myself a superstar. People have. Call me superstar, superior, supremo or superlative… of course I like that. Who wouldn’t? Have you drunk any arrack, such questions you’re asking me.

Sorry, I’ve never tasted arrack and don’t want to. Ever thought of acting in a Bombay film again… after… sorry, I’ve forgotten its name?

Yeah, yeah, it gave nightmares and amnesia to many. It was called Dhartiputra if you must know. Don’t remind me, forget it. If I ever come to Bombay it’ll be for a sensible art film or mega-project. No more Dhartiputra sort of films for me, so messy-messy.

You don’t want to invest in business enterprises?

I have several bright ideas but no money to spare. I’d like to construct a hotel in Ooty like Mithun Chakraborty has, but where are the investors? They all run miles away from me.

What kind of a role would you like to portray currently?

I’ve played every role - of a journalist, a smuggler, begging your pardon… a rapist and a cop. So you think one up for me. I’d like to play an American, I’d put on an American accent… roll all my rrrrrrs and soften my tttttts.

Finally, tell me are you crazy?