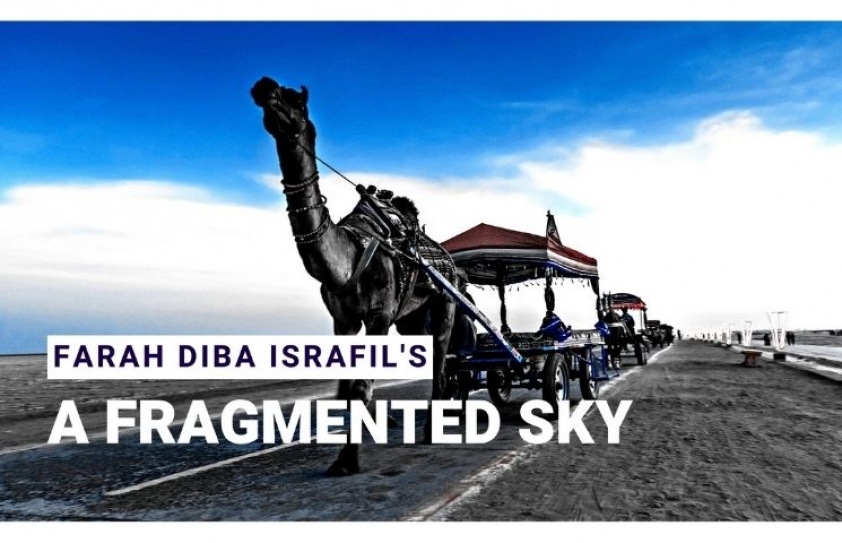 Through her memories, Farah Diba Israfil encapsulates the pre-and-post-COVID eras, the recent and the deep past of Indian culture and its present.

My nanna carried her paandaan everywhere, it was encrusted with jewels and was given to her by her parents in addition to several other ornaments that she had received on her marriage. Thrusting each paan in her mouth even before she had finished chewing the one that was already there, she was always in a hurry to scream out instructions. Her reddened lips complimented her heavily kohled eyes. She would wipe the juice of the paan from the curve of her lips with her slender henna-soaked fingers every time she spoke. Her lips red, her big eyes and hair that played hide and seek with the dupatta on her head made her special in a very unique way. She was soft yet instilled fear, she was sensitive, frail and weak yet managed the toughest of all situations armoured with a silent prayer on her lips.

Nana was very rich and would ensure that he gave her a heavy gold earring every year once the moon of Ramzan was sighted. Jewellery that Nanna wore gradually became a silent symbol of Nana's wealth and his social stature. Little did he realise these earrings made the hole in Nanna's earlobe wider and longer. It was his strange obsession that his much-pampered wife should wear heavy jewellery and Nanna's personality, tall and erect, carried them all with pomp and elan. Did he even realise the pain and discomfort that she went through to fulfil his strange desire? I don't know. I just know he loved her. Nanna had told me, no one ever loved her as much as he did. I chose to believe her for this belief will make my memories happy.

Once when Nana was not at home, and she an unschooled girl, she gave most of her jewellery to a man who had promised that he would polish them and make them shine like diamonds. Little did she know then that the man would sneak out of the house with all her jewellery. Nana, obviously being too much in love with her to tolerate tears in those heavily-kohled eyes, took her in a horse carriage that was covered from all sides and compensated her well with even more gold. A heavier earring and many other ornaments. She returned as a happy woman.  I have lost count of the number of times she has recounted this incident to me. 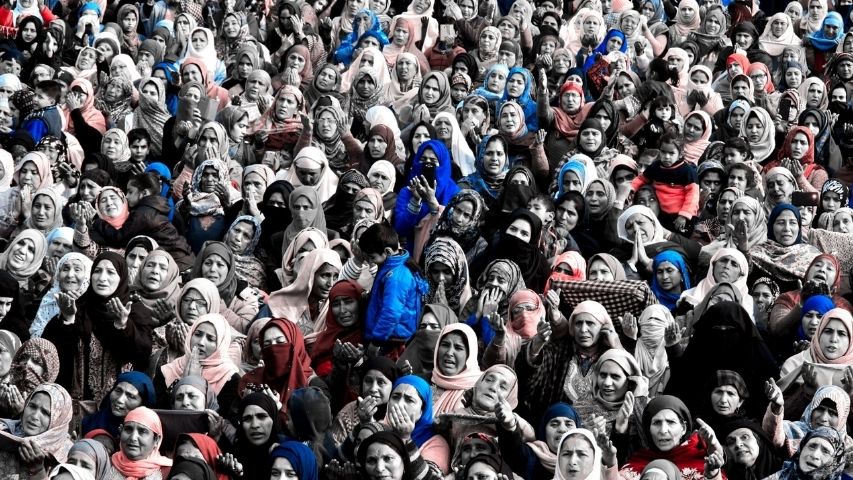 He had married her when she was only thirteen and gradually got her home schooled. Strange was his love for Nanna, she became a constant reminder to him of his wealth and stature. He decorated her with gold, adding more to her treasure each year. She wore most of them, frequently changing them. She was the proud wife of a doting Nawab. He took pride in a wife decorated from head to toe with gold.

Authority personified Nanna spoke in a voice that could even silence a lion roaring for its prey. Soon after their marriage, Nana rechristened her as "Sardar Begum” for she exonerated command, she was used to giving instructions. Nana loved watching her that way. Sitting on the charpoy with a hooky, she would throw thousand orders to the servants of the household who obeyed how much was a mystery to be solved, an engagement to keep herself from getting bored in the later part of the day. The household echoed her voice and swayed with the tinkling sound of the ornaments she adorned.

Widowhood had suddenly taken away her "shaaj” (for the want of an appropriate alternate English word), no ornaments resonated melodies when she walked through the huge corridors. She loved white Jasmine flowers and we would often insert them in her pierced ear lobes. They were long and the holes in them huge. Nana never gave her light jewellery. Remember.

Okay so I deviated, Nanna carried her gold pandaan everywhere. It was only during Ramzan that her paandaan was dry. There was nothing inside the various small vessels arranged neatly.

She took pride that her lips were deep red whenever she ate a paan, this meant that Nana loved her intensely, had always loved her and still loves her from somewhere in the skies. I had asked her once, does Nana stop loving her during Ramzan for her lips aren’t red? It was then that she explained the lesson that I still carry: Ramzan is not only about going without food and water but to master the ability to control oneself. The control that is so very necessary in all aspects of life. The need to stop, give up and exercise restraint. The ability to control one’s desires. ”Isn’t this what the old man sang about during Ramzan every night“, I remember telling Nanna.

He was old, to put it succinctly, he was very, very old. If you were asked to pick a number at random, he would probably be older than that. A shrivelled body small and roundish with thick white eyebrows that gave his face etched with deep wrinkles a definite shape. His eyes twinkled and his chin bore a fertile harvest of white and hair of varying sizes. 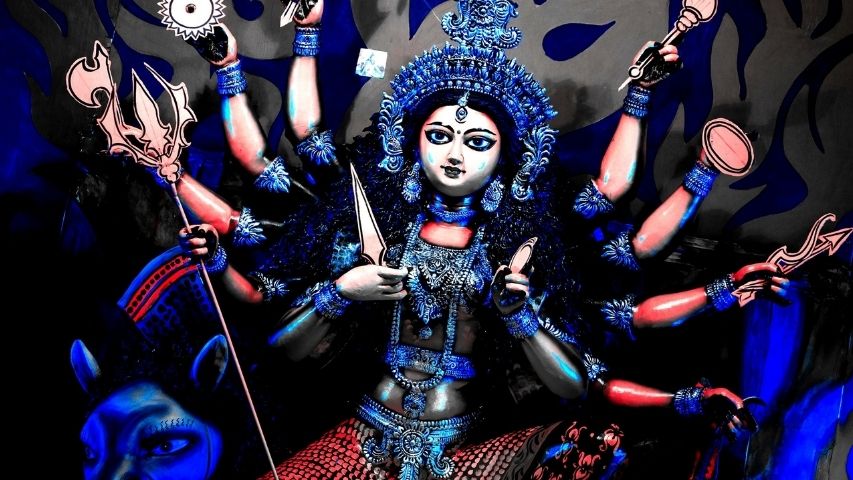 The wrinkles beautifully defined the innumerable and varied experiences of his life. His eye lines told of happiness lived and dances done. The Criss cross on his forehead bore witness to the challenges faced and overcome, to the worries past and worries present. He wore a large white kurta, a scarf hung loosely around his shoulder. His fingers were careful with the tambourine.

He took upon himself the responsibility every Ramzan to raise every observing Muslim from their sleep. The customary Sehri had to be eaten by all rozedaars before the muazzin read out the morning azaan. The morning roster was still trying to awaken itself to the new found dawn. Morning would now start to tiptoe as the clouds gradually undressed themselves of their darkness.

Every night at 3am, he would beat his tambourine and sing a song. Whether rozedaar or not , the sound of his music was a death knell to  sleep. He sang loudly, "Samaan sau baras ka/pal ki khabar nahi" (we hoard things for a hundred years not knowing what the next moment would bring). Who could ever sleep after death and uncertainty being thrust Into the face. The entire mohalla was awake. No one could ever trace him after Ramzan. He miraculously appeared from nowhere each year. Nanna would hand him new clothes and some eidi before he disappeared, She would stand behind the door and stretch her slender hand to give him the packet. His eyes on the floor, he would softly say, “khush rehiye” and walk away.

COVID ushered in a very sad Eid this year, I hope it brings in a very happy Durga Puja. Each day the sound of ambulances rushing by, the news of someone very ill, the anxiety of what next, the tragedy of close friends smears this happy festival with a lot of sorrow. Yet as Brecht says: In the dark times/Will there also be singing?/Yes, there will also be singing/About the dark times.

I realised how valuable  memories have been in helping me live through this bad stroke of fortune. I have learnt to praise the mutilated world for I have smelled here they may flower, and the grapevine, I have gathered corn in my dress and run through the trees, I have screamed loud from the Ferris wheel and got wet in the rain. I remember the smell of earth and the jumps in the muddy potholes. I remember in my thoughts, the music that blared and the theatre that happened. The laughter with friends and the tall glass of ice cream, the taste of tears and the pain of uncontrollable laughter, the first kiss of love and the pain of separation. The kick of the baby foetus and it's first smile on saying hello to the world. The fights and the embraces thereafter.

These memories serve as balm to my world which is wounded now. They give me the strength to go on.