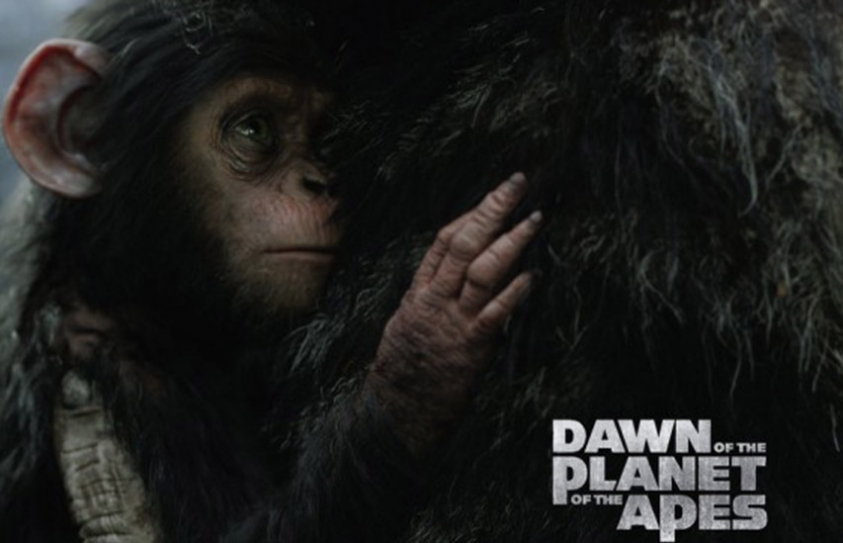 Dawn of the Planet of the Apes

The end of the world is gaining ground in Hollywood movie scripts these days.Pacific Rim, X-Men and the more recent Edge of Tomorrowhave hit box office gold. Dawn of the Planet of the Apes gives the Armageddon a Simian spin and the results are spectacular.

The story takes place 15 years after the events of Rise of the Planet of the Apes. What started as a ripple of revolution and the ominous hint of communicable flu has led to a full-blown apocalypse with a sparse human population and the tribe of apes holding on, strong. Perhaps it would be more apt to call the calamitous circumstances as the ‘ape-ocalypse’.

True to the name, the world has gone to hell. You even get the shot of the shredded American flag later in the film to illustrate a time of crisis.

The Gen-Sys Laboratories lies in shambles, humanity ravaged and the last group of genetically immune human survivors must try to form an uneasy, precarious truce with the fierce apes in the Muir Woods if they must utilise the power from a dam in the forest as a viable energy resource. Dreyfus (Gary Oldman), the leader is on the backfootwhile Malcolm (Jason Clarke) must be the middle man between the humans and the ape. (Trust all Malcolms to be caught in the middle). 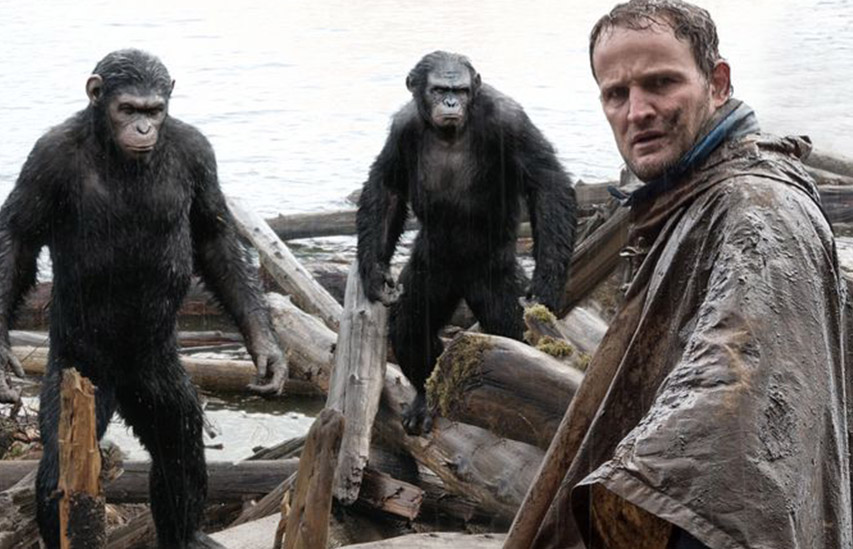 The apes are led by the fierce Caesar (Andy Serkis in brilliant motion capture), who has grown from the naivety of the earlier film into the formidable presence he holds in his tribe now. He gets to spout some of the most memorable lines in the film, despite the broken, staccato English.Koba (Tony Kebbell) is the ferocious Lieutenant and Maurice (Karin Konoval),the loyal advisor.

Dawn… delivers on all three counts: a smashing follow-up to a film that set the bar for the franchise, a tense build-up to the no-holds barred second half and the fantastic special effects that recreatethe apes. The 3D version is not of great consequence, but the storyline is thumping and brisk, so that is not something that will concern the viewers.

This film may have been written keeping in minds that the happenings will eventually lead to the post-apocalyptic Earth of Charlton Heston’s Planet of the Apes (1968). But it shines because instead of showing an unyielding side on either side of the warring factions of man and ‘beast’, there’s a humane streak on both sides.

Unless the idea of horse-riding, gun-toting apes is entirely unappealing to you, Dawn… will not disappoint you. While the predecessors add greater perspective to the current storyline, it is not necessary to catch up on them before coming for this one. It’s a simple plot with certain themes from The Dark Knight and Lion King resonating in key sequences.

Book your tickets for this weekend.