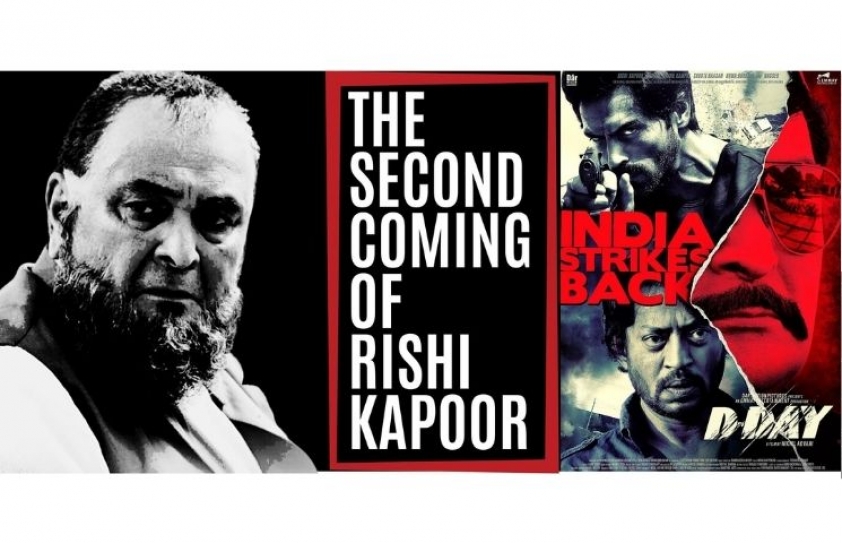 As the last film starring the beloved star, Sharmaji Namkeen, gears up for release, Shantanu Ray Chaudhuri looks at five films from his second phase that wowed critics and viewers alike…

In hindsight, it wasn’t the ‘right’ film to take on at the time. For one, mainstream Hindi cinema of the 1970s had a low appetite for anything that veered away from the beaten track. And two, Rishi Kapoor had just delivered a blockbuster with Hindi cinema’s first-ever teenybopper romance, Bobby. In contrast, Puttanna Kanagal’s Zehreela Insaan, a remake of the Kannada classic, Naagarahaavu, was a bleak film. Its protagonist Arjun, a man defined by his anger, a man who in a fit of rage pushes his beloved teacher to death before jumping off the cliff with his lover was diametrically opposite to the young-at-heart Raja of Bobby.

No wonder, the film failed at the box office, and has endured in public memory for Kishore Kumar’s velvety rendition of ‘O Hansini’, R.D. Burman’s majestic composition with its strong echoes of ‘The Summer Knows’ (Summer of 42).

Despite a performance that resonates with angst, Rishi Kapoor had admitted, ‘my second film, Zehreela Insaan, was a mistake. After the bubbly Bobby, I should have stuck to something similar and not gone for a film so drastically different. The one enduring memory of the shoot was the black trouser I had bought from Beirut. I was in the habit of shopping for my costumes and this tight-fitting beauty with flares caught my fancy. It was only later, when I wore it in the song “O Hansini”, that the dress man pointed out that its zip was to the side and not in front. I had made a fashion boo-boo, picking up a ladies’ trouser.’

But more than the fashion faux pas, the film’s failure had another effect: it put the star off any experimentation with his characters for close to forty years. He settled into the image of the lover boy in youthful romances, which boasted some of Hindi cinema’s most popular music, scenic locations, but little else, or playing the quintessential ‘tingu’ younger brother to the ‘lambu’ Amitabh Bachchan, opting for the box-office safety of playing second fiddle (in an irony that’s therefore even more delicious, in their final collaboration, 102 Not Out, he outshines Bachchan by miles).

Always an honest self-critic, Rishi admitted as much, ‘For the first phase of my career as a star, I did nothing but play the guitar or the dafli and sang songs while having multiple changes of jerseys.’ Though that is arguably a little too harsh. As anyone who has seen him emote to songs, say, ‘Dafli Wale’ in Sargam (1980s) or ‘Ek Hasina Thi’ in Karz (1980), will agree: there were few actors who brought alive a song like Rishi Kapoor did.

It was only in his second coming, post 2000 that Bollywood woke up to the actor in the star. And how! There had been the odd Doosra Aadmi (1977), Prem Rog (1982) or Tawaif (1985) that brought forth what he was capable of delivering if asked to, but these were too few and far between.

As the star himself said to me in an informal conversation during the writing of his autobiography, ‘For the first time I was actually having to think about a character, its thought process, its look and internal logic. No one before this had challenged the actor in me in the way these films did.’ One could see in his demeanor, the way his eyes shone when he spoke about this phase, how proud he was of the way the character and films had shaped up.

It is indeed sad that he left us when he did, just when he was coming into his own as an actor with a range of memorable characters. Here’s a look at five Rishi Kapoor roles that were truly hatke and proved how filmmakers over three decades had little clue about what the star was capable of. 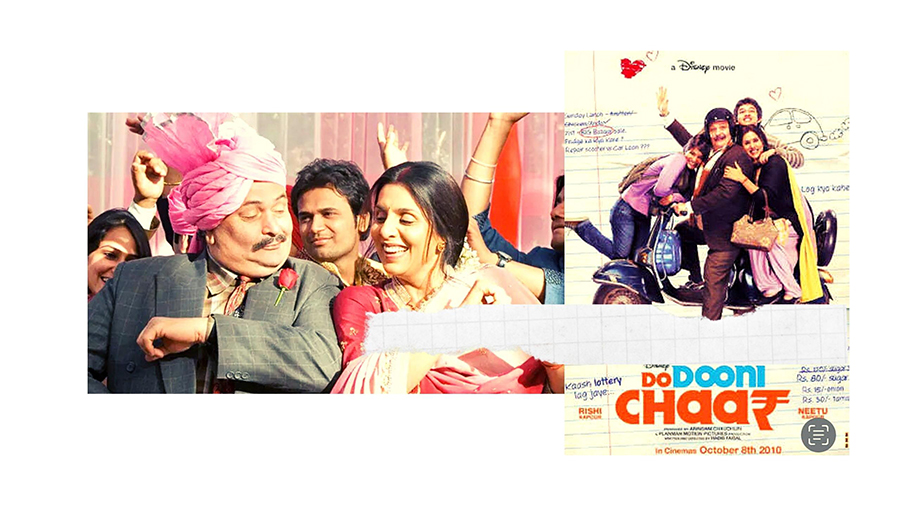 Rishi Kapoor just nails it as Santosh Duggal, the mathematics teacher who has to count every rupee to keep his family afloat financially. For someone who is remembered largely for his yuppie roles in his heyday, Rishi Kapoor is spot on as the quintessential Punjabi middle-class man riding a battered scooter while dealing with his adolescent kids who are a tad embarrassed about him being ‘just a teacher’. Add a winsome Neetu Singh as his empathetic wife and you have a winsome, heart-warming slice of life. And when he says, ‘Khali fees bharne se Papa ki duty khatam nahi hoti, Papa ki duty hoti hai bacchon ki khushiyan’, he could be speaking about millions of men like him who grapple with the responsibilities of bringing up children in an increasingly consumerist society. 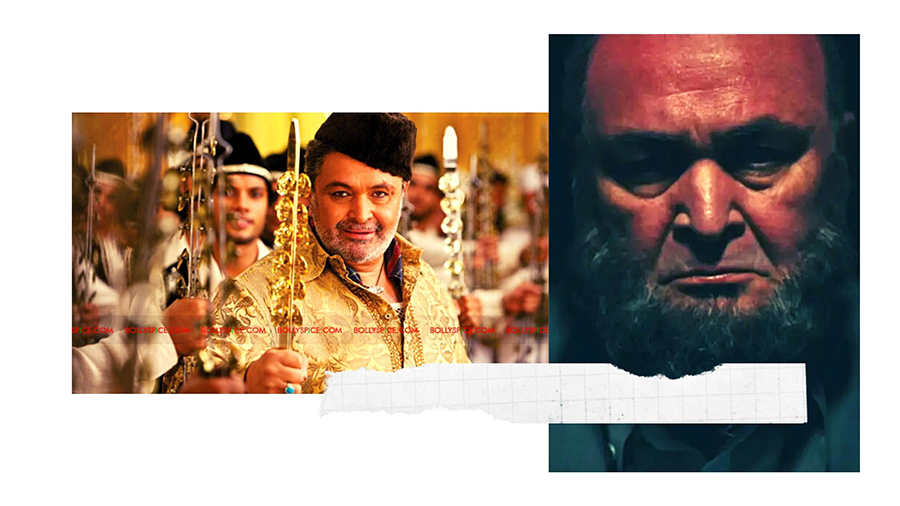 I still remember the jaw-dropping awe I experienced when Rishi Kapoor came on-screen, pulling an adolescent girl by her hair and putting her on the block to be auctioned. As Rauf Lala, with his trimmed beard and kohl-lined eyes, this was Rishi Kapoor like never before - a drug dealer, a ruthless underworld figure who trafficked young girls. ‘I was incredulous when Karan (Johar) approached me with the role. I told him, ‘kis angle se Rishi Kapoor ek dalla lagta hai? How will you convince the audience that I am a pimp? But hats off to the look they envisaged for Rauf Lala, it was a hugely satisfying character.’

In an otherwise needless, overblown remake of the 1991 Amitabh Bachchan actioner (which in itself had little to offer other than Bachchan’s guttural voice, which had to be redubbed as the film tanked on the first day), Rishi Kapoor is riveting. And by miles the best act of the film, its one redeeming feature. Not only does Sanjay Dutt pale in comparison in the one-scene face-off between the two, even Hrithik Roshan is left playing catch-up in their final confrontation where Rishi Kapoor is a scream, as Rauf Lala continues to taunt Vijay right to the end. 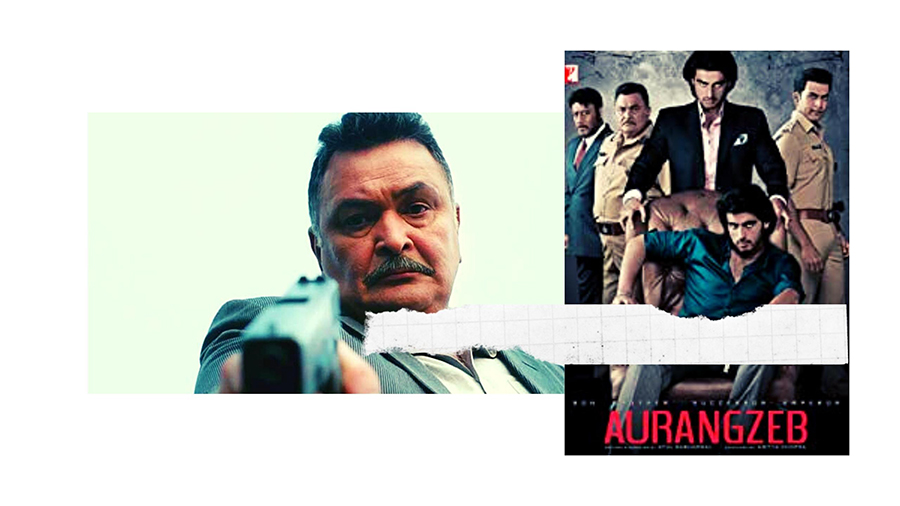 This underrated thriller and morality tale, which unfortunately lost out in the visibility stakes to D-Day releasing only two months later, cast Rishi Kapoor in a rare role as a police officer. If there’s one character the star never played in his heyday and never looked comfortable playing later either (in Gurudev, 1993, for example), it is that of a cop. But as DCP Ravikant Phogat in Aurangzeb, you simply cannot take your eyes off him. As a corrupt police officer that runs an extortion racket and is not averse to pulling the trigger even at family members, the actor does not place a foot wrong. Just look at the way he says, ‘Thulla’, when a detainee asks him who he is, or the nonchalant way in which he pops pieces of an orange into his mouth, and you know how much fun Rishi Kapoor is having. And when he articulates, ‘Behisaab power ya beshumar paisa, in dono mein se mujhe ek to chahiye’ - I definitely want one of these, either unlimited power or limitless money, or when he justifies his actions with the cold-blooded analogy of ‘kingship knows no kinship’, Rishi Kapoor chills you to the bone. 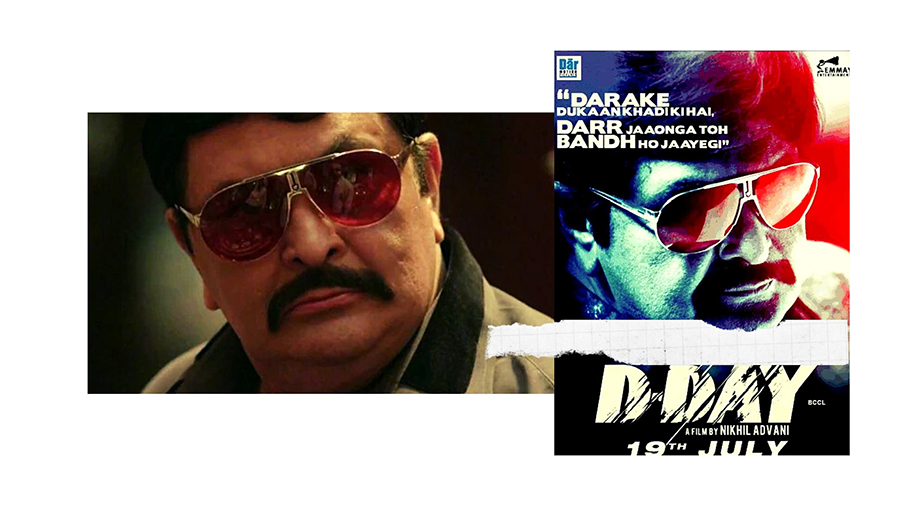 Who would have imagined the lover boy of Khel Khel Mein (1975) and Kabhi Kabhie (1977) as Dawood Ibrahim? In an astonishing turn as Iqbal Seth aka Goldman (modeled on the dreaded Bhai), Rishi Kapoor literally kills the competition, towering over an accomplished performer like Irrfan Khan. Just watch his introduction scene where he dares the officers who have captured him, ‘Trigger kheench, mamla mat kheench. Mamla kheench gaya toh bahot takleef doonga.’ - Pull the trigger, don’t drag this episode, if you do, you will regret it forever.

Interestingly, the director frames the star in a series of extreme close-ups that accentuate the nonchalant menace he exudes with his moustache and magenta shades. He has the film’s best lines, and the sarcastic note he lends to ‘Yeh mulk toh meri maa hai aur Mumbai meri mashooqa’ - This country is my mother and Bombay my lover, gives just a glimpse of how far Rishi Kapoor had travelled from ‘Ek main aur ek tu’. One wonders if his two meetings with Dawood, which he mentions in his autobiography, helped him in any way to capture the essence of the character. 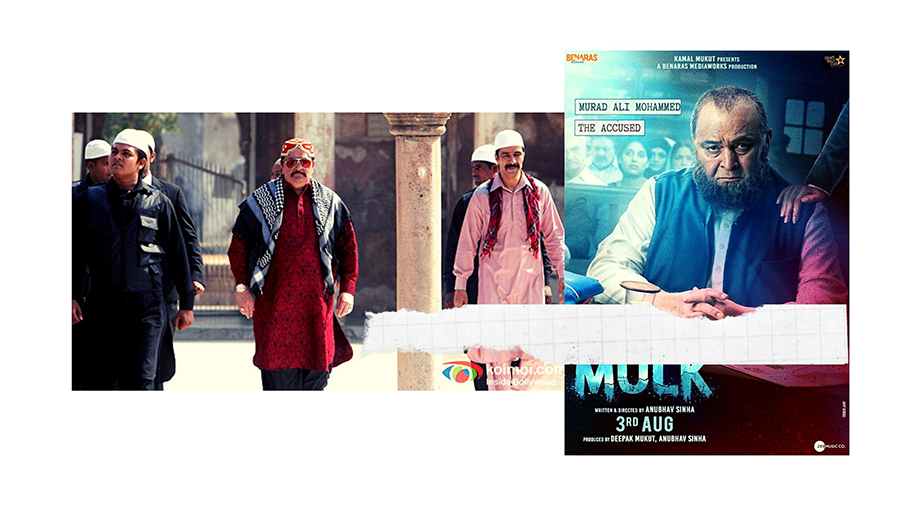 Arguably Rishi Kapoor’s finest moment as an actor, this is a triumph of a film and performance. Nothing he had done thus far will prepare you for the sensitivity he brings to his portrayal of Murad Ali, a lawyer in Varanasi, whose family comes under a cloud when one member gets involved with a terrorist organization. As his loyalty is questioned, he in turn questions the way arguments involving Muslims have shaped up in the country over the last decade and more: Is it possible for anyone to prove his loyalty? How does one even go about doing that? How does one measure loyalty?

In a role that offered every scope for going over the top, he brings in rare understated nuance to every sequence. As he tells his daughter-in-law, who is fighting his case, ‘Pyaar kaise sabit kiya jata hai, pyaar kar ke hi na. Tum sabit karo mera pyaar mera mulk hai warna main bahes haar jaonga.’

And when he rages at someone questioning his need to grow a beard, he is offering a mirror to a society that celebrates a Kashmir Files over a Mulk: ‘Agar aap meri dadhi aur Osama bin Laden ke dadhi mein farak nahin kar pa rahein, toh bhi mujhe haq hai mere sunnat nibhane ka’ - Even if you cannot tell the difference between my beard and that of Osama bin Laden’s, I have the right to practice my faith.