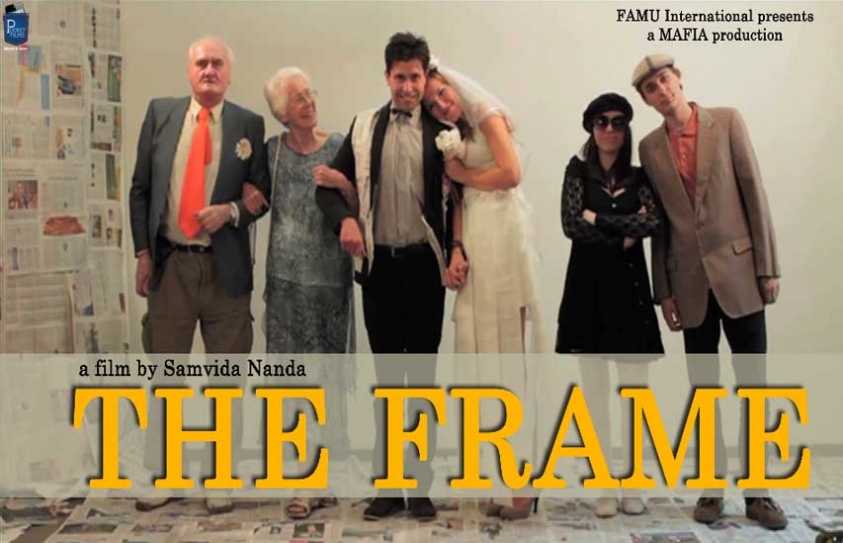 Mumbai, March 2014: March 21st is a day to mark in film lovers’ calendars as Pocket Films brings to Mumbai the first Indian chapter of Europe’s most loved festival for Indian cinema, The 14th River to River Florence Indian Film Festival.  To be held at Blue Frog, Mumbai, the event will showcase  winning films from the 14thRiver to River as well as the 7thAdvantage India short film contest, for which  the esteemed jury comprised of renowned film maker Nagesh Kukunoor, film industry veteran Uma Da Cunha andSelvaggia Velo, founder of River to River.

Pocket Films and River to River share one goal in common – to showcase independent Indian films to a wider audience. Pocket Films’ association with River to River, dates back over 7 years, in the form of the popular short film contest, ‘Advantage India’wherein the three winning short films are screened in Italy.

Chronicles of a Temple Painter Poster

The first ever Indian edition of River to River will take this association one level higher and will be a great opportunity for film buffs to view some great cinema.

The programme for the day is as follows. First to be screened are the winning films of the 7thAdvantage India contest- Samvida Nanda’s ‘The Frame’, an intriguing short film about a family portrait; Yusuf Abidin’s ‘Chappalled’, a mockumentary that takes a shot at politics, media and corruption in India; and Manish Sharma’s ‘Rani’, about a bet between two locals who challenge each other  over a game of carom every night. This will be followed by a prize distribution ceremony for these three films, in which the respective film makers will be felicitated by the esteemed jury members.

Then, winning films from the 14th River to River festival will be shown, which include‘Hechki’, a ‘River to River Doombo Audience Award 2014 Short Film Winner’directed by Kartik Singh,whichis an everyday life story with some extraordinary twists and surprises, the  documentary ‘Chronicles of a Temple Painter’, winner of ‘River to River Doombo Audience Award 2014 Documentary’ directed by Shravan Katikaneni that traces the tale of a Hindu man who saves a little Muslim girl from a bomb explosion in Hyderabad and lastly,  James E. Duff’s ‘Hank and Asha’ from the River to River 2014 Online Stories Section’, a funny online rom-com, about  an Indian girl living in Prague and a lonely New Yorker exchanging video letters to keep in touch.

Saameer Mody, Managing Director of Pocket Films says, “Pocket Films and River to River share an excellent chemistry in putting together compelling events such as ‘Advantage India’ that showcases the best talents from the independent and short films fraternity. With this first ever Indian edition of River to River, we mark a new beginning, backed with outstanding short film content. I am convinced that film fans will thoroughly enjoy the films.”

Selvaggia Velo, Festival Director, River 2 River, Florence Indian Film Festival of Italy elaborates, “I am extremely glad to have this first  India chapter of River to River Florence Indian Film Festival, and grateful to Pocket Films and Blue Frog Mumbai for making this possible. I invite all interested people to attend and look forward to 21st March.”

The festival is open for film lovers without any entry fee and will take place on March 21, 2015 at the Blue Frog in Mumbai.

About Pocket Films: It is the leading distributor and  the No. 1 partner channel for YouTube in India (www.youtube.com/pocketfilms) for short films, independent films, animation films and documentaries with 145,000+ subscribers, 108+ million views and generating es over 150,000 views daily. Its library comprises of over 3,500 films aggregated from more than 1,500 film makers. Pocket Films also showcases its content on internet platforms, , mobile, video-on-demand and also on television through a dedicated TV show titled ‘Prime Talkies with Pocket Films’ on NDTV Prime every Thursday at 9 pm.