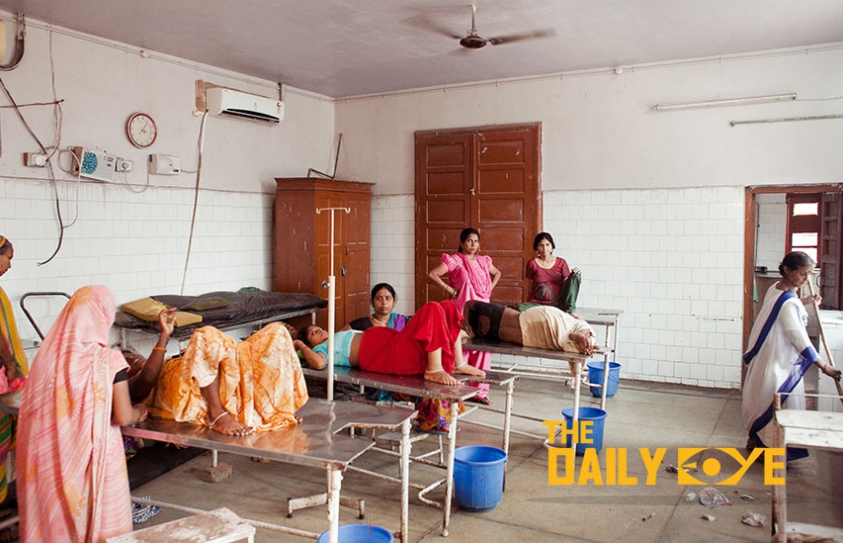 In March 2015, Kailash Burange, a traditional art painter, and his wife Arti travelled in an ambulance for more than 2 hours with their new-born baby girl from a remote village called Poshera in Maharashtra to Nashik Civil Hospital in Nashik as their child had developed breathing complications. The couple spent the next 24 hours going up the hierarchy of India’s public health system – from the clinic near their village called a primary health center which caters to a population of 30,000, to a larger secondary health center and, finally, to a rural hospital. At every level, the couple found out that the system was not equipped with the basics needed to save their baby who was gasping for air–neither a ventilator nor a qualified doctor.

The next day, they walked out of the hospital with a dead baby in a plastic bag. Kailash and Arti are not the only couple who have gone through so much trouble to access required healthcare facilities. 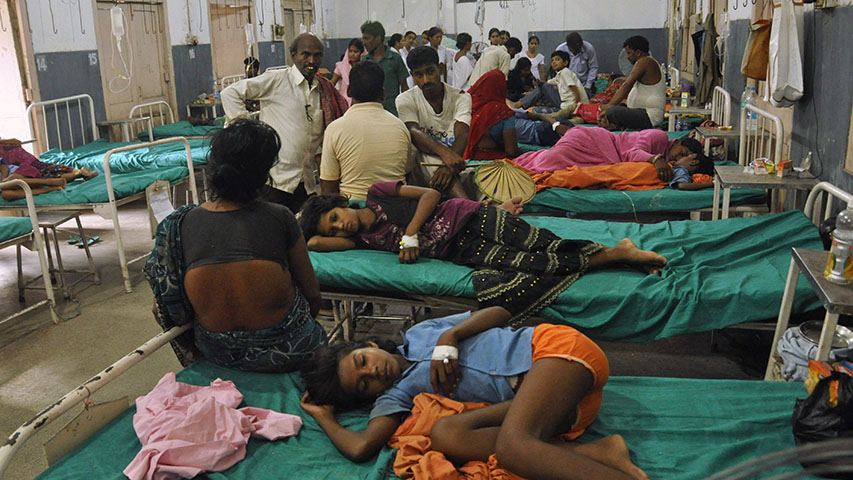 A dearth of government spending on India’s public health system has left it resource-starved. The low pay to staffer plus infrastructure in dire need of repair has driven many talented healthcare providers to either join the private sector or work in other countries where they feel their skills are better utilised, notes India Spend.

Rich patients no longer trust the almost free government health services, so they have migrated to the expensive private sector. The middle-class has followed, even though the cost puts a strain on their limited resources. For around 56% of the urban population and 49% of the rural population, the private sector is now the primary source of healthcare. Households that don’t generally use the government health facilities are highest in Uttar Pradesh (80%), followed by Bihar (78%). 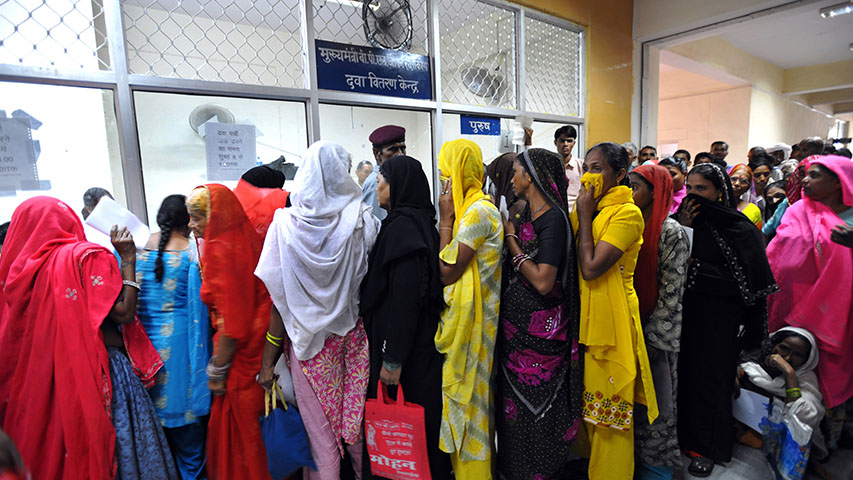 It is shocking to know that every year, 55 million Indians slip into poverty because of out-of-pocket expenditure on health care and primarily medicine costs.

Prime Minister Narendra Modi is set to launch the Ayushman Bharat-National Health Protection Scheme (AB-NHPS), dubbed as the world’s largest health insurance programme, shortly. But, for people like Kailash and Arti, living in remote corners of the country, an insurance scheme means little when the hospital where they live lacks a doctor. The nearest private hospital is over 100 km in an area without any public transport. In 2016, health sub-centres–each of which caters to 5,000 people–were 20% short of human resources, while primary and community centers were 22% and 30% short, respectively, according to the 2016 Rural Health Statistics (RHS), reported India Spend.

India has allocated $1.54 billion for the scheme, with insurance payments to be shared between the central and state governments. The program would allow people to visit the country’s network of secondary and tertiary level private hospitals and facilities for care ranging from hip replacements to cancer treatment.

“This is a very encouraging plan. You’re seeing signs that the government is taking health seriously,” Robert Yates, director of the UHC policy forum at Chatham House, reported Devex.

Priya Balasubramaniam, senior public health scientist and director of the Public Health Foundation of India’s Universal Health Initiative, agrees, “It’s a great beginning. It speaks to the fact the Indian health care system has been chronically underfunded. Preventing people from falling into poverty is a much-wanted action plan,” she said.

But while experts that Devex spoke to welcome the scheme, saying if implemented well it would save lives and improve financial security, they also warned that much remains to be seen. “A lot is in the implementation and the government putting its money where its mouth is,” said Yates.

India’s NHP called for the “strategic purchasing” of private care to bridge critical gaps in public health facilities. Government purchasing is intended to “create a demand for the private healthcare sector, in alignment with public health goals,” the policy states. “Such strategic purchasing would play a stewardship role in directing private investment towards those areas and those services for which there are currently no providers or few providers.”

If India’s NHPM is properly financed and implemented efficiently, it definitely has the potential to become the cornerstone of the country’s health care system in present times and in the years to come.