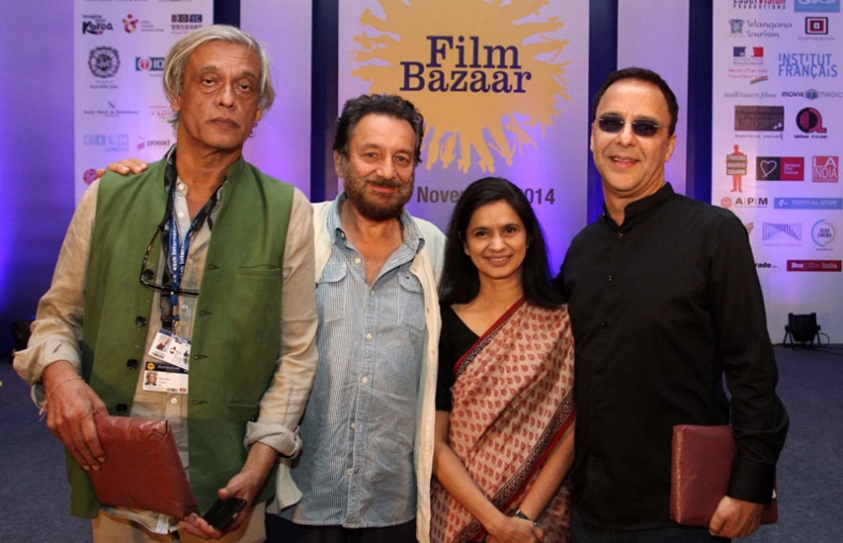 ~ Producers Lab, Co-production market stitches together film industries from the world over ~

Goa, Sunday, November 23 2014: The 8th Film Bazaar at the Marriot Resort Goa, led to an active participation and film exchange between Indian and international film fraternity. As the film market reached the 3rd day mark, synergies began to evolve for screen writers, directors, producers and the global film commissions.

Day 3 Knowledge Series came to a close with a ‘Master Class with Vidhu Vinod Chopra: a dialogue between Filmmakers’ where Vidhu Vinod Chopra spoke about his Oscar nominated short An Encounter with Faces and also shared the experiences that brought together his first Hollywood venture Broken Horses due for release in April.

Producer’s Lab delivered on its aim to add value to all encompassing skills of Indian producers as the Day 3 lab began with sessions such as ‘Casting and why it’s a producer’s business’, ‘Moving Beyond Traditional Platforms of Exhibition and Marketing’ and ‘Working Creatively with a World Sales Company’. The afternoon sessions covered other vital areas of film making such as ‘Monetizing films in more ways than the usual’ and ‘The Marketing Formula’.

The Film Offices created a symbiotic environment for Indian film commission and tourism offices from various states to interact with international film commissions and delegates from all over the world.

According to Nina Lath Gupta – Managing Director, NFDC India, “. It has been 3 effective days at the Film Bazaar. I am happy to see new as well as established writers, directors and producers leveraging the synergies resulting from the 8th Film Bazaar. ”