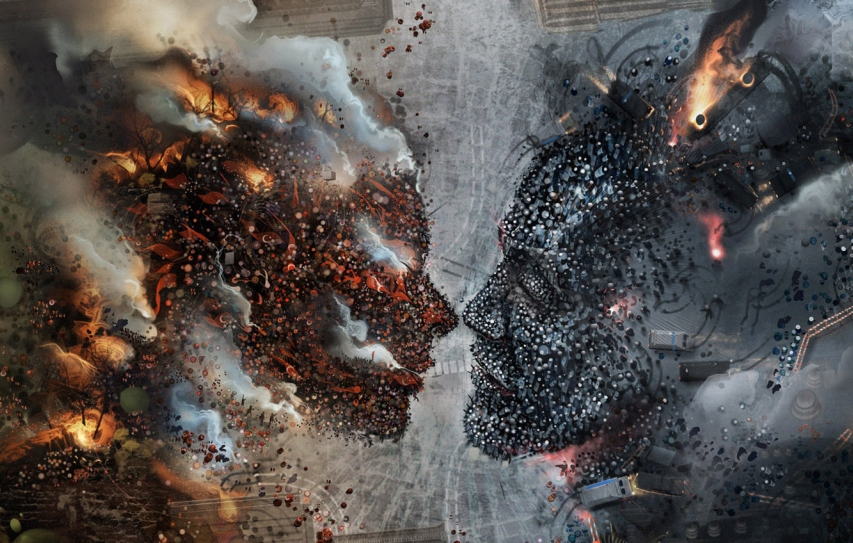 Since the creation of Eve from Adam’s rib, the human rib on gender issues has not stopped tickling. Left no wiser since Biblical times, the issue remains burning and contentious across culture and times. An occasional Ms. Greer will inflame the feminism issue, to subside again as the fairer gender across the globe continues to battle. Since the 1776 signing of America’s Declaration of Independence, the USA has not elected a single woman president. Monarchies in Europe and the Far East, including Japan, even if thriving in form and not spirit, have witnessed no better elevation than ornamental female presence gracing official pageantry. As the world looks up to Hillary Clinton to break the mould, times will yet again test the issue of gender on a larger canvas. In Japan, a woman health minister was questioned on her singular status as an unmarried woman formulating policies on child and woman welfare, than the merits of the policy itself. In the sands of time, the gender question and sexuality continues like an elusive mirage, raising issues across societies worldwide.

The Virginia cigarette ads in the 1970s had a bye line “You have come a long way baby”. Holding a burning stub was symbolic of emancipation. Yet orthodox catholic societies oppose abortion, until it takes an Indian dentist to lose her life falling victim to such rigid belief systems in modern day Ireland. Closer home, “Sada suhagan” is a euphemism representative of constant subjugation of women in the pious garb of matrimony and duties she must fulfill to remain one. Rampant as it is, the abominable practice of a woman in agrarian states of north India to be ‘tried’ for impregnation sequentially by males of the husband’s family should the spouse fail, continues unabated. Behind discreet closed doors, there is much that is repressed and projected, so long as it does not flout the cultural miasma of societal norms. Female infanticide and selective gender determinative tests continue in the back lanes of such societies, the skewed sex ratios raising no more concern than an occasional statistical mention. Wives ‘purchased’ from other impoverished states address the deficiency, as more women arrive in the ‘market’ for matrimonial trafficking. Often the price to the bride’s father is so high that more than one brother shares the bride. Progeny and property remain within the same family fold.

Adrift in the unabated spate of unchanging times follow occasional legislations meant for progressive betterment of women. Grass roots remain too deep to allow percolation of beneficial legislations to offer any succor to women, reeling under fear of khap panchayats and their easily enforced diktats of death, for a reason as trivial as marrying into the wrong caste or family. Same-sex marriages continue to remain taboo and forbidden by law in India. A concept of ‘adjustment’ determines the success of a marriage where an unsuspecting spouse ends up in marriage with the defaulting spouse who married under ‘family pressure’. The trauma of such living cannot be under scored for the tumult that continues to rock the innocent spouse, who ‘adjusts’ because society says so.

At the fore and core of the issue have lain generations propagating a rigid belief system of male dominance subjugating the fairer gender to a mere “best supporting cast”. Denial of equal property rights continues and proliferates familial schisms. Amongst highest echelons, it takes an Ajay Mafatlal to abandon female gender of birth and become the next senior male for succession. Current times have much to reflect on unchanging times. Situational reality at grass-root levels of the less privileged can be better understood in this context. What law grants to a woman by way of equality in Art 14 of the Indian Constitution, remains an ideal enshrined in the Law book, but opposed to reality. Equal property rights are nullified by a patriarchal Will bequeathing all assets to male successors. Cumbersome litigation works as a deterrent to take up cudgels against brothers. In case of harassment from the in-laws, the last doors of own bloodlines offering rescue are shut to women who continue to prefer the ‘Raakhi’ to rights of equality.

The legality of gender equations adorns law books and legal briefs. But there is much that clamours for attention on the issue of gender and sexuality, simmering under discreet bedsheets of social fabric. Child brides continue to be sexually exploited, despite not being of ‘age of consent’ and in flagrant violation of the Child Marriage Restraint Act. Marital rape remains unrecognized in India. Little is documented of prosecutions launched for child bride protection. Old customs remain cast in stone. Hindu law allows a child bride to have her marriage repudiated on attaining the age of 18. But what recourse does she have until then? Preceding traumatic years continue to haunt her. And possibility of having the marriage repudiated is grave cause of concern for her parents as another dowry stares them in the face. It was her burden they passed earlier, which is not to return like a bad coin. Poverty and rural realities unleash facts that drown the well meaning intent behind progressive legislations so nobly enacted, with power to bark and not bite.

Gender sexuality rules equations within precarious matrimony in India. Here, marriage is not a relationship but a status. Within its confines much transpires and is suffered in the ‘larger interest’. Adultery is an increasing phenomenon, sometimes with tacit consent of urban couples that are miniscule in the concept of ‘open marriage’. The Indian Penal Code punished the male adulterer having illicit relations with a married woman. The aggrieved husband only has recourse of divorce on grounds of adultery against his wife. Here women can heave in relief. If he assents to her act, she is not prosecuted in criminal action. Sexuality without marriage is now permissible as law protects the ‘live-in’ partners who share a relationship ‘in the nature of marriage’ with a man, provided he is not married. The Domestic Violence Act 2005 provides relief to such women by way of residence, maintenance and protection from abuse.

The issue of gender sexuality assumes another connotation in the domain of the criminal investigation in cases of rape. The victim was for years subjected to the ignominy of the ‘two finger test’, and then have her character questioned. Aspersions on her conduct implied consensual element to the sexual act. It took grave cases to set right the wrong, and sensitize the state machinery from oppressive machinations. Regrettably, all adverse factors have worked against the aggrieved victim as a disincentive to report cases of rape and bear a brunt of prolonged prosecution, re-living the trauma at each hearing. Similarly, homosexuality continues to be criminalized and Sec. 377 remains on the statute book.

It is the social fabric that must change and accept newer norms before any legislation can have meaning. When law enters the bedroom of individuals, sexuality runs in consonance with legally accepted norms. Aberrations will continue to be discreet and duplicitous. Platforms of expression and interaction will rise and proliferate, but there seems a long way to go before an individual can openly flout the existing societal norms of sexuality. Evolving societies have much to consider and accept before radical change can touch lives without impeding established institutions of marriage and relationships embedded in societies. Prince Manvendra continues to proclaim his sexuality, bravely opposing marriage, as the rest look on at his adamancy and belief. The circle will come full at a point of time. Till then, the thought and thinking continues to accept and reject all that must change with time.