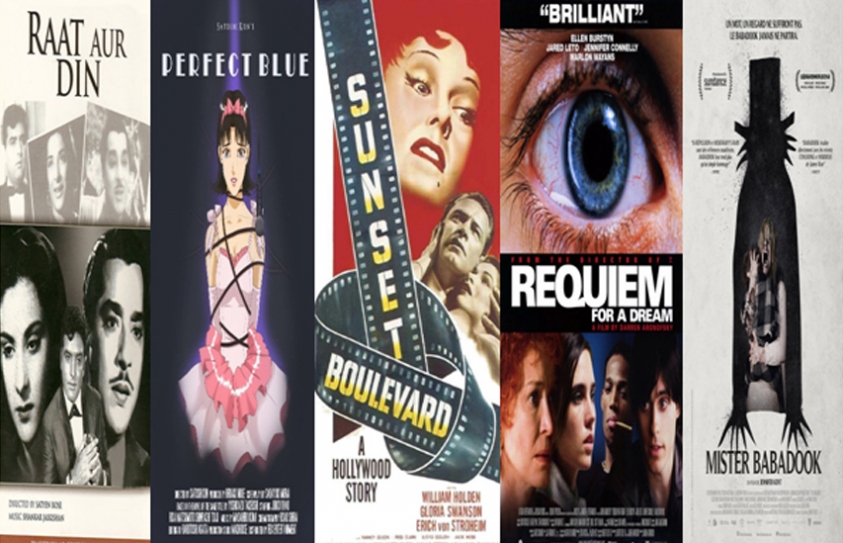 We have a sort of ostrich-effect approach to mental illness. Bury your heads in sand from the impending danger or the unpalatable around you and it ceases to exist. That the ostriches use such a defense mechanism has been debunked but it does make for an apt metaphor on denial. While the topic of mental health carries with it a social stigma, cinema stands tall as a medium which addresses the issue head-on.
Though the subject matter may get pegged as depressing, the list below enumerates movies which employ mental health either as a plot device or a theme in ways that are gripping, akin to watching a calamity unravel with the inability to look away.

NargisDutt has been immortalised by her dramatic turn in Mother India. However, it was her disarming allure and doe-eyed chasteness as the tormentedVaruna that deservedly earned her the National Award.

Her Jekyll and Hyde personas collide as she grapples with the reality of an alter ego. The film also alludes to the societal ignorance of the time when the strangeness of her condition is attributedto evil spirits. A shaman is called to exorcise her ‘demons’, the scene being a compelling watch for the leading lady’s alternate mirth and trauma.

Black Swan fans will note the parallels between Darren Aronofsky’s psychological thriller and this chilling anime. Purportedly a critique of Japanese pop culture, it depicts the gradual unwinding of the protagonist’s sanity after she leaves a successful singing career to be taken more seriously as a performing artiste.

Engrossing, tense and shockingly explicit for some, Perfect Blue reveals the darker side of fame, the unreliable perception of reality and the manipulative facade of those willing to exploit that delusion.

This classic drama-noir is another look at the increasing madness and paranoia of a has-been silent movie star when the talkie cinema renders her talents obsolete.

Who could ever forget Gloria Swanson’s slant-eyed defiance when she says, “I am big, it’s the pictures that got small!”? Her constant obsession with a comeback takes on megalomaniac proportions, culminating in a climax as bitterly ironic as it is bleak.

The film that horrified audiences and critics alike employed trippy visual gimmicks like jump cuts, hand-held shots and the relentless repetition of characters injecting heroin into their veins.

There would have been less of an emotional impact without Ellen Burstyn’s parallel track of a widow driven to insanity after an over-consumption of diet pills. The psychological landscape of the characters deteriorates over the four seasons in the film, as does their morality when it comes to getting their next fix.

Terrifying, visceral and intelligently under-stated, Jennifer Kent makes a stunning feature film debut without relying on the over-used jumpscare gimmicks.
While the ending leaves much to the imagination and interpretation, the general consensus indicates it is the main protagonist unhinging mentally that leads to the unsettling turn of events in the film, not so much the presence of a malicious entity.

These five films may be a personal preference, but the list of films on mental health is certainly not exhaustive. Due acknowledgment must be given to A Beautiful Mind (2001, Ron Howard), One Flew Over the Cuckoo’s Nest (1975, Miloš Forman),Maine Gandhi KoNahi Mara(2005, JahnuBarua), 15 Park Avenue (2005, Aparna Sen) and Khamoshi (1969, Asit Sen).
Cinema may not necessarily provide all the answers but it certainly provokes the right questions. If a film sparks a thought-provoking discussion on what is still misconstrued as a taboo, then art will have served a greater purpose than the escapism that overpowers a substantial need for discourse.