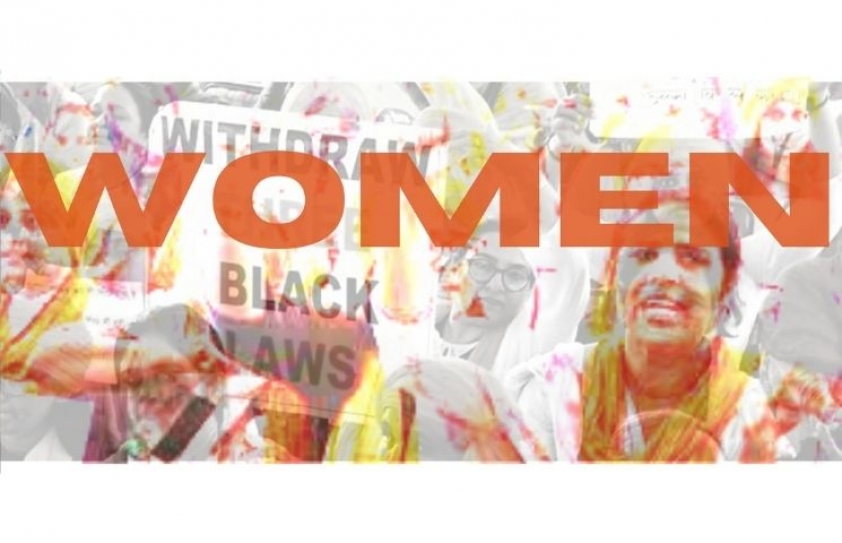 Subhashini Ali writes about the Women farmers’ parliament - a parliament that the government is determined to keep ordinary citizens from seeing and hearing.

All the more than 20 toll plazas of Haryana have been ‘liberated’ by the farmers’ movement. Everyday, hundreds of women and men from the neighboring villages gather at different plazas from 10 in the morning till 3 in the afternoon.

AIDWA activists have written many of the songs called ‘jagratis’ that are sung here. Strung to traditional folk tunes, they sing of the black anti-farmer laws, repression inflicted by BJP governments described in colorful language, about the movement’s martyrs and about the determination of its participants to fight till they win.

The AIDWA state unit decided to hold meetings in memory of Captain Lakshmi on her death anniversary, July 23, at some of these toll plazas. Along with SFI and DYFI, AIDWA activists worked hard to ensure the success of this Memorial Day at three major toll plazas in Hisar, Jind and Kaithal. Unfortunately, a young man from a village near the Kaithal plaza died in an accident, so the meeting was shifted to a school building in Chandhana village; the other two meetings were held at Bhadopati Toll in Hisar and Baddowal Toll in Jind.

Despite the heat and humidity, the atmosphere at the tolls was electric. When we arrived at the Bhadopati and the Baddowal Tolls, all of us, Savita and Usha, Secretary and President of AIDWA Haryana, Shakuntala, veteran AIDWA state leader, and I, were surrounded by cheering and enthusiastic women. 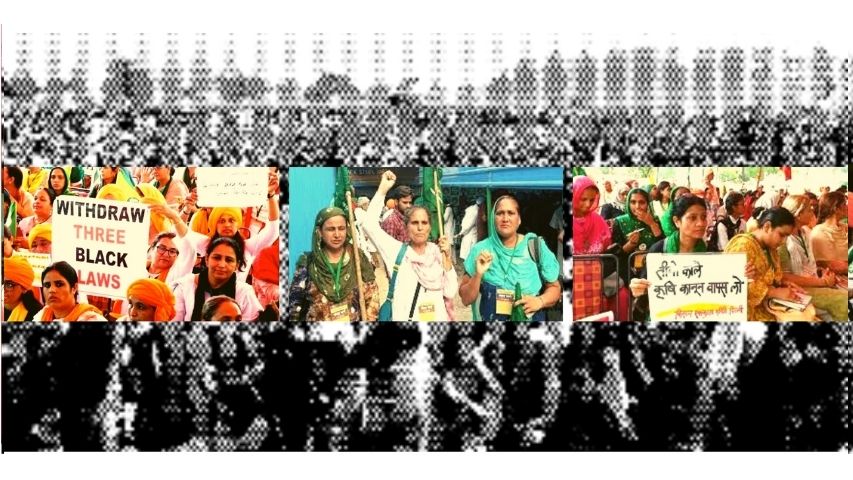 AIDWA district leader Babli and dozens of sloganeering women escorted us to the pandal where more than 1,200 people of whom about 500 were women had gathered at Bhadopati. It was a moving moment when we met Shanti Devi, widow of one of the martyrs of the movement and paid homage to his memory.

There were banners and photographs of Captain Lakshmi and the audience listened eagerly to the story of a woman who became Dr. Lakshmi and went to Singapore to work for the welfare of the women from poor Indian migrant families. After the INA was formed, Subhas Chandra Bose assumed its leadership and asked her to help him organize the Rani Laxmibai Women’s Regiment and she became Captain Lakshmi.

The audience applauded when they heard women from poor and lower middle class families ran away from their homes to join the regiment – they were astounded to learn that not only were these women South Indians, not sturdy women like themselves, but had never seen India yet were prepared to die for its independence. That after independence, Captain Lakshmi continued to serve the poor and then went on to become Comrade Lakshmi and one of the founders of the AIDWA was also greeted with great cheering and applause!

Similar scenes were witnessed at Baddowal Plaza, where AIDWA leader Dimple welcomed us. A young woman activist, Ramon, who has been part of the movement for months, conducted the meeting attended by more than 2000 people, more than half women.

The meeting in Kaithal where the venue was shifted at the last minute saw the participation of more than 600 women - a tribute to the tireless efforts of Ramkali, AIDWA state secretariat member, and district AIDWA leader, Savitri. 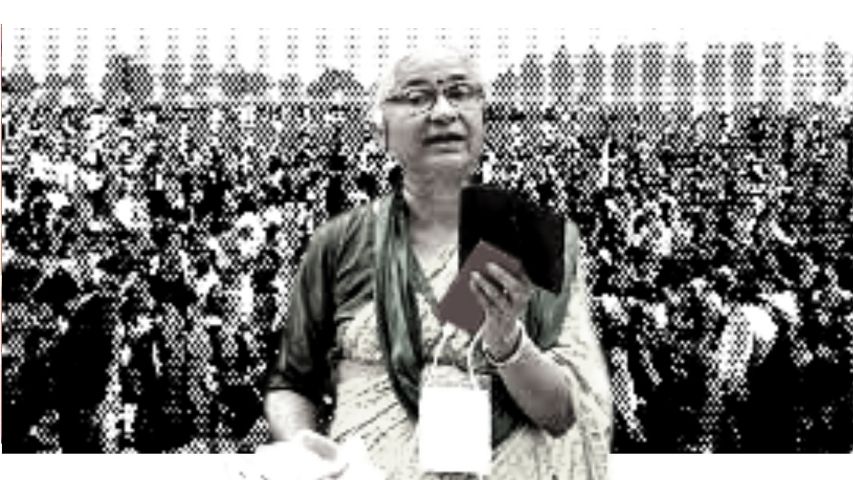 The huge and active participation of rural women in every aspect of the farmers’ movement, at the various ‘borders’ and the liberated toll plazas, organizing support for the movement in thousands of villages, looking after homes and farmers while male members of the family are away for weeks at a time, has been contributing to the strength and staying power of this historical movement and has also started changing the consciousness and the status of the women themselves. Members of an extremely patriarchal society where their labor has been made invisible, like their own identity, have now occupied an important public space in full public view.

The movement itself has recognized this. Women have been speakers and have conducted meetings at all the borders; they were seen driving tractors in large numbers in January. Complaints committees have been instituted at all four borders and, on July 26, the ‘farmers parliament’ at Jantar Mantar was converted into the ‘women farmers’ parliament’ for a day. What a day!

The women participants in the parliament belonged to all the various organizations in the movement. They ranged from poor women farmers, to those belonging to better-off farmer families and included a sprinkling of educated professionals. What united them was their commitment to the struggle and preservation of unity in its ranks.

The parliament session was divided into three parts, each with a speaker and two deputy speakers. And two of the sessions also saw the presence of an agricultural minister! Annie Raja (NFIW), Medha Patkar (NAPM) and I, representing AIKS, were the three speakers and AIDWA leader Jagmati, who represented Tikri Border, was one of the deputy speakers.

The first session started with a condolence resolution in memory of 540 farmers, including seven women, who have died in the course of the movement. All the three sessions gave more than 110 women the opportunity to speak (many more than in the other parliaments conducted by the male farmers). Many of them had worked hard to study the noxious Essential Commodities Amendment Act, one of the three black laws passed by the BJP government and the subject of the discussions in that day’s parliament. They spoke about the effect this Act had had on rising prices of cooking oil and foodstuffs and the miseries this was inflicting on millions of poor families. 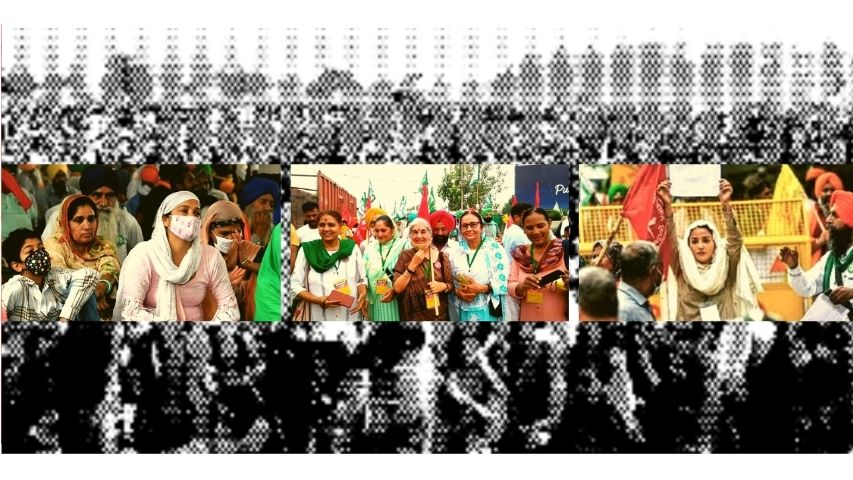 Important resolutions were passed in these sessions:  one demanded passage of the long-pending Women’s Reservation Bill, another demanded action against public representatives like Meenakshi Lekhi and other ministers who had branded the farmers as goondas, terrorists etc., a third the immediate release of women activists who had come to greet the women’s parliament and had been whisked away by the police and a fourth demanded free education for the children of the martyrs of the movement.

An important resolution demanded women farmers be recognized as farmers and given access to all the subsidies and welfare schemes that farmers are entitled to. As it stands, the fact that they contribute more than 80 percent of labor in agricultural activities and are responsible almost entirely for activities connected with dairy, they are not given ownership in land or recognition as being farmers.

The way in which the women followed the proceedings of the parliament, participated in its discussions and enthusiastically supported these resolutions was proof of the fact that women are capable of fulfilling their responsibilities as elected representatives at every level of government.

The fearlessness of these women was also noteworthy. From the moment we entered the bus, the police made its presence felt. There was police in the buses, police personnel lined the entire route and thousands surrounded the venue. The women responded with the slogan ‘sarkar hamse darti hai, police ko aage karti hai’ (the government is afraid of us and takes shelter behind the police)!

Despite all its efforts, the wisdom, fearlessness and commitment of the women participants and those that they were representing will continue to resonate.