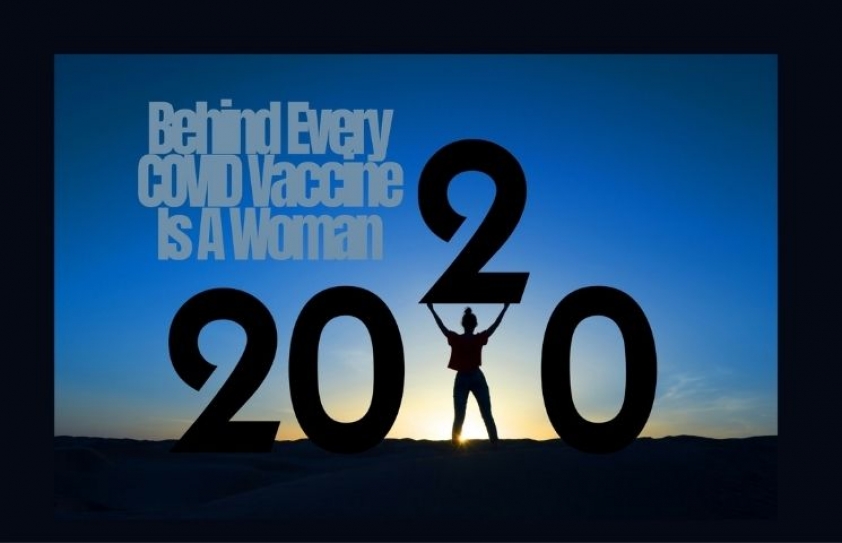 At least in the field of vaccine development, women have shown that they are capable of delivering a safer world. More power to our new sheroes, writes Dr Anurag Yadav

Ayn Rand once famously wrote about women saying, “The question isn’t who is going to let me; it’s who is going to stop me.” Rand may well have written these words for this pandemic. That too in a very unusual but critical vertical: C-19 vaccine research.

A number of studies in the mid-2000s revealed that almost 82% of clinical trial principal investigators in the US were men; while the coordinators, who do the really hard day-to-day slog to generate much of the knowledge and insights, were women!

The situation is very different in the present scenario as there is at least one woman in a leading role for all the frontrunner COVID vaccines, the vaccine race seems to be largely driven by a powerhouse of women in their 50-60s.

The woman most prominent and celebrated in her country, Major General Chen Wei, from the Chinese Academy of Military Medical Sciences, was awarded the People’s Hero title for her leadership roles in phase 3 trial in the development of Sinopharma and CanSino vaccines to stem the COVID-19 outbreak.

Then we see the extraordinary achievement of Nawal Al Kaabi, the Chief Medical Officer for the health services in Abu Dhabi, and chair of the country’s Clinical National Committee for Coronavirus, leading the phase 3 trial in United Arab Emirates for Chinese vaccine candidates CoronaVac and SinoVac, recruiting nearly 7,000 people a day. Similarly, Sinopharma’s Argentinian trial had the infectious disease specialist Florencia Cahn as the principal investigator for the Buenos Aires center. The impressive Head of Surveillance and Clinical Trial Division in Indonesia, Novilla Sjafri Bachtiar coordinated the CoronaVac trials in the country. In Canada, Joanne Langely, the co-chair of COVID-19 task Force was one of the principal investigators in CanSino vaccine international phase3 trial. 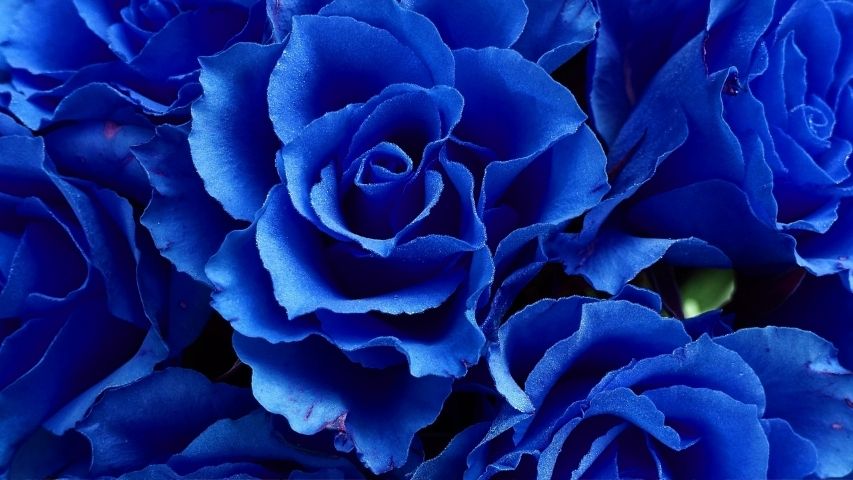 Behind every successful vaccine today there is a woman! Sarah Gilbert, the most prominent face for the Oxford/AstraZeneca vaccine; a biologist-vaccinologist and the co-founder of the company developing the vaccine, is also a mother of triplets (all three were volunteers in the vaccine trials), and has been the forerunner in development of the universal flu and Ebola vaccines. At the same time Lisa Jackson has been heading the NIH/Moderna phase 3 trials in the US.

The BNT/Pfizer vaccine, which has leapfrogged over the other Euro-American vaccines in the pole position for its efficacy of nearly 97% was headed by Kathrin Jansen, which included innumerable discussions of a 650-person team via Zoom meetings. Katherine is the Head of Vaccine Research and Development for Pfizer and after migrating from Germany to the US, she has pursued her concept of a yeast-based HPV vaccine and developed a pneumococcal vaccine. She ably coordinated the research on mRNA approach for the vaccine by the Hungarian-born émigré, Katalin Kariko.

Hanneke Schuitmaker, the Global Head of Viral Vaccine Discovery and Translational Medicine at Johnson & Johnson in Amsterdam led the COVID-19 vaccine development trials, while continuing her research on HIV vaccine. Not to be left behind are Cheryl Keech and Gita Patel, the molecular biologists working on Novavax Vaccine using the unusual moth cell system; and Elena Smolyarchuk, Director of the Centre of Clinical Research of Medicines at Sechenov University in Moscow was the study chair for Russian vaccine, Sputnik V.

Our very own Gagandeep Kang, a medical research scientist has been giving invaluable inputs in the development and deployment of COVID-19 vaccine in India. Soumya Swaminathan Yadav, the Chief Scientist and Deputy Director General of Programs at the World Health Organization has also been steering the policies for Indian vaccine candidates. The swift development of these vaccines could be regarded as the biggest scientific achievement of the century.

History was created recently by Margaret Keenan, ‘Maggie’, at 90 in the UK, as the first person to receive the COVID-19 Pfizer vaccine outside of a clinical trial. She forged ahead of William Shakespeare, an 81-year old man as the second person to receive the vaccine. Nurse May Parsons, who administered the vaccine to both of them, had the ‘honor’ to be part of ‘the historic day’. Sandra Lindsay, a critical care nurse at the Long Island Jewish Medical Centre and Anita Quidangen, a personal support worker at Rekai Elderly Care Centre in Toronto were the ‘first persons’ to receive the vaccine shots in the US and Canada respectively. 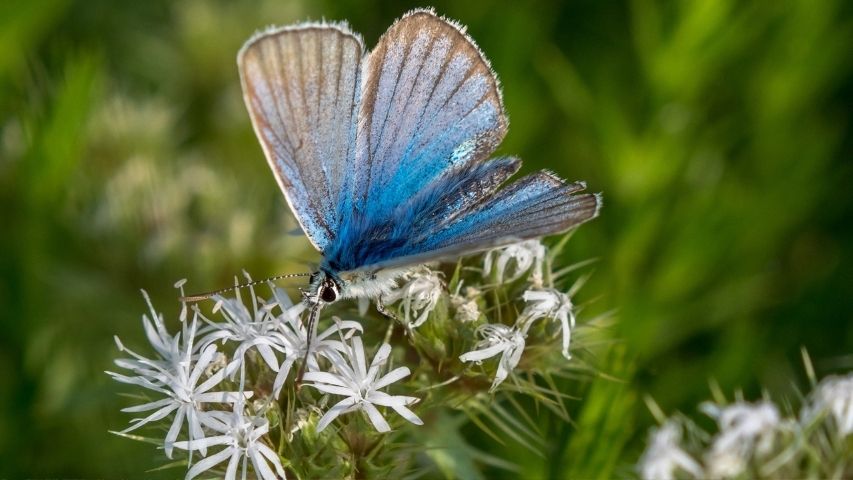 The analysis of 194 countries published by the Center for Economic Policy Research and the World Economic Forum suggests that countries led by women such as Germany’s Angela Merkel, New Zealand’s Jacinda Arden, Denmark’s Mette Frederiksen, Taiwan’s Tsai Ing-wen and Finland’s Sanna Marin have had ‘systematically and significantly better’ COVID-19 outcomes.

The difference was perhaps ‘explained by the proactive and coordinated policy responses’. This unprecedented impact of women in the ‘Biological World War’ that we are in today, means that these and other endeavors, which our society cares for could greatly benefit from more involvement (and leadership) by women. So amid the zillions of COVID-19 tragic experiences, the emerging role of women in leadership roles has provided a ray of hope - of the dawn of a new era - that of gender inequality where women actually are in the driving seat!

There is a counter narrative too.

According to the research published in The New York Times, if women worldwide had to be compensated for the unpaid labor in terms of household tasks and child or elderly care, they would have earned $10.9 trillion in 2019. Analysis of the COVID-19 situation suggests signals of a new gender gap have been rising t into almost every sphere of life to such a notable extent that a new term ‘she-cession’ has been coined.

The redundancies and furloughs caused by the pandemic have sharply affected women as they are disproportionately represented in professions affected most by lockdown and social distancing such as retail, air transport, food-and-beverages, and hospitality. The male dominance has been increasing, swamping out their limited influence and they face greater risk of being marginalized even further within different societies. Economic research is booming in the pandemic but it is only the senior male economists who are exploiting the myriad research questions arising from the COVID-19 shock, while the mid-career female research economists have had to take a backseat. Similarly, a gender analysis research carried out in the University of Toronto found ‘the number of male authors is growing faster than the number of female authors.

At least in the field of vaccine development, women have shown that they are capable of delivering a safer world. More power to our new sheroes!!!