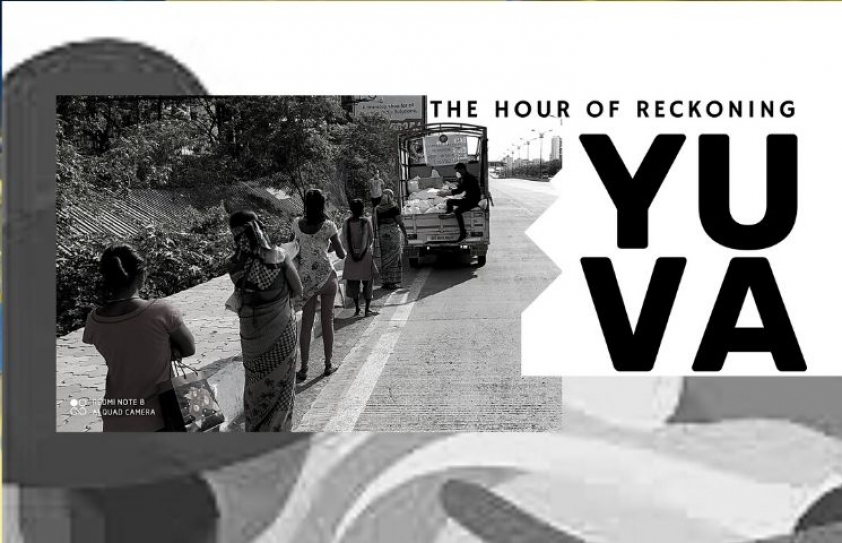 Anupama Mandloi writes about how the Mumbai based organization YUVA, has engineered itself to help the disadvantaged during the Coronavirus pandemic

All it takes is a moment for the birth of an idea. It takes consistency and resolve to sustain, nurture and grow that idea into something concrete.

In the late 1970s a group of students from Nirmala Niketan College of Social Work went into the Jogeshwari settlements as part of their course work. That became the defining moment for them to create a program that developed young leadership to own and lead change among vulnerable populations. Youth for Unity and Voluntary Action (YUVA) was born in 1984 from this initiative.

To begin with, their work was focused on channelizing the energy of the youth and encouraging them to participate in the development of their community. Gradually it expanded to various concerns of the urban poor and YUVA was soon seen as a voluntary development organization supporting and empowering the oppressed and marginalized with a focus on human rights.

The areas they focused on were, to name a few, forced evictions, wage thefts of informal workers, building collectives of people, rights education and awareness.

Little did they know that all their learning’s, experience and understanding would equip them to face the coming storm.

On 30th March 2020, India was featured across global news for the unique migrant exodus that lifted the veil of ignominy from a section of the population that was not only overwhelming in number but also core to the survival and functioning of cities. Unseen and unheard, their desperate attempts to survive far away from home were amplified by the lack of planning, foresight and support from the civil authorities and the central government.

The virus wreaked havoc among the poor and underprivileged who were the most vulnerable section of society. Marina Joseph, Associate Director at YUVA is of the opinion that, ‘our country has changed, developed. Our cities are now ‘smart cities’ with WiFi and CCTVs but the societal structures (caste, religion, gender) that keep the poor, poor and the oppressed, oppressed have not changed. We still have people from the same caste cleaning our streets and gutters. Their parents were doing it in the 1980s; their children are doing it now. It’s the same with domestic workers and others. There are of course exceptions. But look at the norm.’

Help, when it came, was from organizations like YUVA who were familiar with the landscape, identified the immediate needs of the people in distress and sought to provide relief.

Roshni Nuggehalli, the Executive Director, YUVA helped to put things in perspective. ‘What we did during the pandemic is in a sense an extension of what we had already been doing - working with those living in bastis, the homeless, the daily wage workers.’

As with all organizations, funds are set aside for specific projects. Relief work was not something that had been provisioned for. It meant speaking with existing donors for support. They knew it would not be enough and they would need to raise funds and reach out for individual contributions. 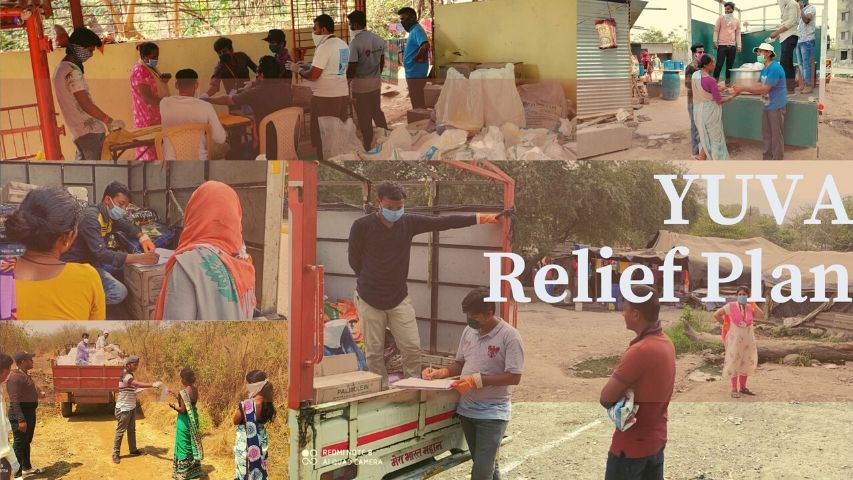 Roshni elaborated their relief plan, ‘with the money that came in we began distributing weeklong ration supplies. This continued till the end of March. By then the lockdown was formally announced and we realized this would mean even more deprivation faced by those dependent on daily wages. Hence we decided to start providing kits with monthly ration supplies.’

Yuva had four major hubs – Navi Mumbai, Panvel, Island City and Vasai Virar. Each team had 3-4 members, all-living in and around the areas of distribution.

Stocks were stored in Kharghar and transported to the hubs based on requirement. Rations were first distributed where they worked and then based on information of where necessity had arisen. Collaborations with local and community based organizations and NGOs helped to build an efficient network.

It would be fair to say that YUVA had to deal with a fair amount of unprecedented chaos. It was people’s generosity; their teams that put themselves at risk to provide relief relentlessly and without an end in sight; genuine collaborations with organizations, student groups, communities and individuals who came together that enabled YUVA to provide support. The goal was to ensure that people did not starve and were able to travel home with dignity.

Marina explained the reactions they got during the course of providing relief, ‘Some people are very grateful, some don’t say anything – one needs to realize that no one wants to beg or take something for free. These are people who have been working and earning a living. People essentially want to earn. That’s where their dignity is.’

The scale of urgent help that was required was overwhelming at all levels but the scar it has left on the teams is for a lifetime. The bleak faces, the desperation, the stoic resolve, the grudging yet grateful acceptance of free food provided by strangers, the humiliation… The pain was felt as deeply by those working to provide help as those receiving it.

For the larger populace, dealing with their own issues, this will soon become a distant memory unless we pledge to reset our social constructs.

As the flailing economy potentially creates a burial ground of hopes and ambitions, more and more of the poor will have to make unhappy choices. Children may have to be pulled out of school.

Expensive loans for basic sustenance will lead to an endemic deepening of the divide between the rich and poor. Eventually, the migrant population will be forced to head back to the cities where their worth was served to them in a packed meal. And begin from scratch.

Yuva was probably the first organization in Mumbai to respond actively with relief work in March and they are already preparing to focus on supporting people as they rebuild livelihoods in the city.

I had been reading about Yuva and their work in the densely populated areas of Mumbai and soon after, Tanuja Chandra (director) and I chose to partner with them for our MAMI Home Theatre screening of our film Aunty Sudha Aunty Radha. The proceeds were given to YUVA.

It was the teams’ way of saying thank you to all those making the deliberate choice every single day to extend a helping hand to the many in need.

I wanted Marina to share some tips for people who are keen to help but are confused and unsure of which Non Governmental Organization to support and entrust with their hard earned money.

Marina had this to say, ‘I would say ask yourself two things: Do I want to do something about this situation? Do I trust the organization? If the answer is yes, go ahead and donate – it goes a long way!’