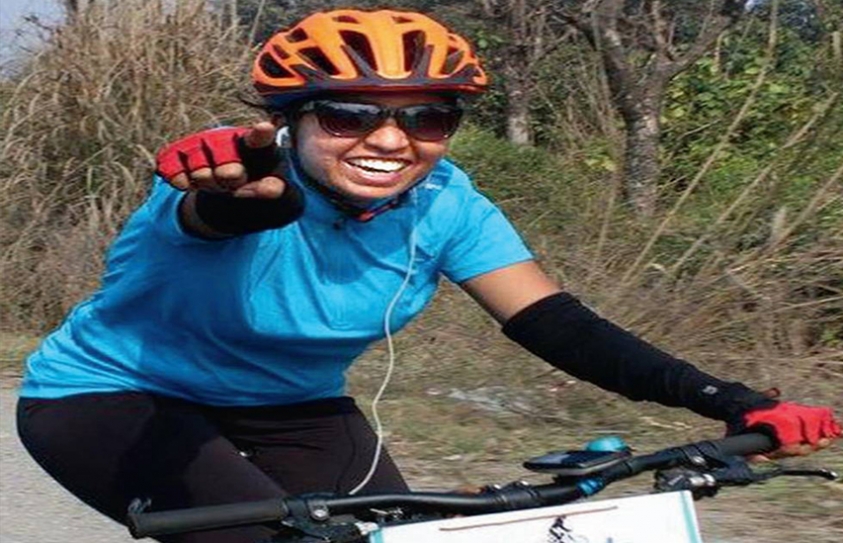 For 27-year-old Shruthi Shivashankaramurthy, there was more to life than being known as the daughter of a former vice-chancellor of Mangalore University, or earning a handsome salary at a software company in Bengaluru. The Mysuru woman wanted to bring about gender neutrality in the country.So strong was this passion that she quit her job and cycled from Jammu to Kanyakumari and propagated the equality of genders in 11 states along the way. Shruthi ventured out on her ambitious tour on February 8 from the northern state and reached the far south of India on March 24, enduring 4,500 km of gruelling cycling in the process – all alone.
Not only did she average 100 Km on her cycle every day, she also batted for the cause close to her heart by conducting sessions in schools in remote areas of Maharashtra, Gujarat, Rajasthan and Punjab to name a few states.