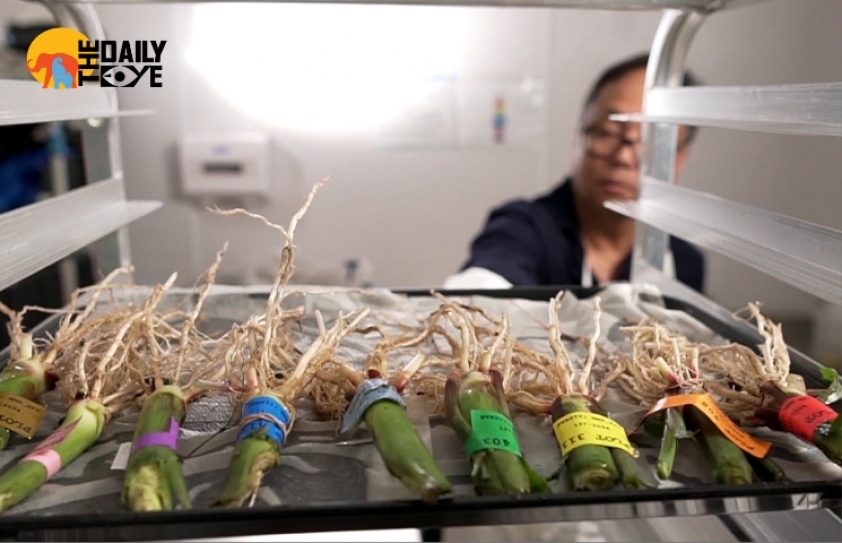 How do we fight climate change caused by agriculture?

Microsoft founder Bill Gates writes in his blog gatesnotes about the need for each and every sector in the economy to match the global climate goals. He states that de-carbonizing electricity is a huge step but it wouldn’t be enough as we must meet zero net emission within the next 50 years.

Agriculture, forestry and land use account for nearly a quarter of global greenhouse gas emissions, he writes, and one significant contributor to that is soil. “Here’s a mind-blowing fact: there’s more carbon in soil than in the atmosphere and all plant life combined. That’s not a big deal when left to its own devices. But when soil gets disturbed – like it does when you convert a forest into cropland – all that stored carbon gets released into the atmosphere as CO2,” he writes. He states that this is one of the reasons that deforestation alone is responsible for 11 percent of all global greenhouse gas emissions.

Gates says he is involved with Breakthrough Energy Ventures (BEV) that is “backing a number of creative solutions to tackle the problem”. He found some of the most interesting ways to bring a change.

Microscopic nitrogen factories that replace fertilizer: it is a way in which we could fertilize plants without releasing harmful nitrous oxide into the air. BEV has invested in a company called Pivot Bio that has genetically modified microbes to provide plants with the nitrogen they need without the excess greenhouse gases that synthetic alternatives produce.

Longer roots that store more carbon: Kernza has developed a new strain of wheat with longer and denser roots, so it can absorb more carbon dioxide from soil. Kernza’s seeds produce perennial wheat with roots that are twice as long as traditional wheat. Plus, its hardier structure creates higher yields for farmers which lead to less water use, greater climate resiliency, and healthier soils.

Lab-grown palm oil brewed from microbes: The destruction of Borneo’s forests to build new palm oil plantations resulted in the largest single-year increase in emissions in over two hundred years. As a fixture of modern society, C16 Biosciences has created an alternative to natural palm oil by using fermentation to brew a synthetic version.

An invisible barrier that helps food stays fresh longer: Approximately one-third of all food produced gets lost or wasted every year. That’s bad for people who don’t have enough to eat, bad for farmers, and bad for the environment. Two companies - Apeel and Cambridge Crops - are working on protective skins that keep food fresh longer. The coating is invisible and doesn’t affect the taste at all.

Collective crop storage: Babban Gona is a novel business model in Nigeria that helps farmers hold onto their crops longer. Many Nigerian farmers don’t have facilities to store their crops. They can only move their products right after harvest when the market is flooded with goods, so they sell for a rock-bottom price, or sometimes not at all. Babban Gona farmers go in together to purchase a grain silo. This means they can wait to sell their crops at a more advantageous time - reducing emissions from waste and increasing income at the same time.

Bill Gates believes that these innovations prevent the worst from happening. He concluded his note by stating - “I wish agricultural innovation got as much attention as the impact on climate change from electricity, because its success is just as critical to stopping climate change. Future changes in income and population may come close to doubling the current environmental impacts of the food system. I believe creative, scalable solutions to this challenge are out there, and now is the time to invest in their R&D”.