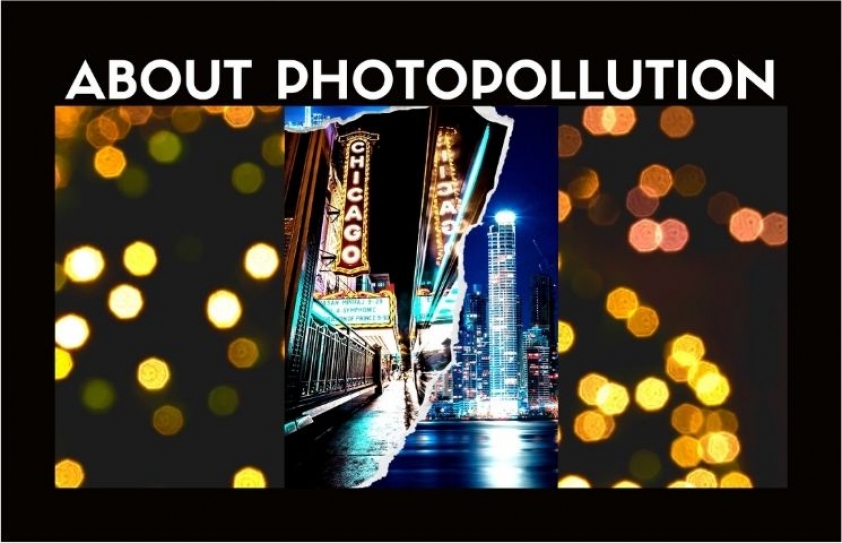 We have lost our connection to the night-time skies, the stories woven into star-studded skies, the sense of stillness, the awe of the twinkling cosmos and the wishes upon shooting stars, writes Dr. Anurag Yadav

It was our silver wedding anniversary earlier this year. We decided therefore to visit the most romantic monument in the world – the Taj Mahal on a Full Moon night but were shocked to see just a deep blue silhouette of the white marble mausoleum! It did not compare close to the memory of my childhood days of the incredibly incandescent glow that made it seem that the Taj was carved out of the moon itself. The background light of the joyous marriage celebrations just behind the wondrous monument had actually eclipsed the beauty of the Taj Mahal.

Not to be deterred and keeping up our festive spirit, we booked an exclusive dinner on the sand dunes of Jaisalmer. We were assured the most magical setting, an authentic nomadic hunt menu, a mesmerizing folk dancer and majestic music in a star-lit sky - an experience unmatched? But alas! The Chinese proverb translates as ‘Bad things happen in twos’. There are strict restrictions mandating shutting off of the headlights of vehicles within half a kilometer of the dunes but nothing to prevent the orange glow emanating from the neighboring resorts, which robbed us of the opportunity to star-gaze into the night. Where did we go wrong?

Our nights are getting brighter, and Earth is paying a price. Electric lights have revolutionized our lives but as the illumination increases, the toll on the health of human and wildlife is becoming difficult to ignore. The light bulb, invented by Thomas Edison in January 1879, is the most transformative event in human history. Just by flicking a switch, we can push back the veil of darkness, work long hours beyond when the sun sinks below the horizon and we can roam the city streets safely after dark. But the light bulb has a dark side: it has stolen the night. Too much of everything is bad, and the excess light we dump into our environments is endangering the wildlife ecosystems and our own circadian rhythms that naturally ebb and flow with natural light levels.

Though not as toxic as other forms of pollution, light pollution or photo-pollution is now among the most chronic perturbations on Earth. It is estimated that nearly 99% of the United States and Europe experience certain amounts of light pollution in some form or the other - and nearly a third of human beings cannot see the Milky Way; that includes nearly 80% of North Americans. So much so, that many of the younger generation residents in Los Angeles, when faced with an earthquake and a city-wide power outage, reported a mysterious cloud overhead to emergency control centers - and the weird object turned out to be the band of the Milky Way! In 2008, National Geographic magazine named Chicago the most light-polluted city in the United States. The most light-polluted spot on Earth though is Tsim Sha Tsui in Hong Kong - nearly 1200 times brighter than an average urban city sky? And artificial lighting is increasing by nearly 2% each year! 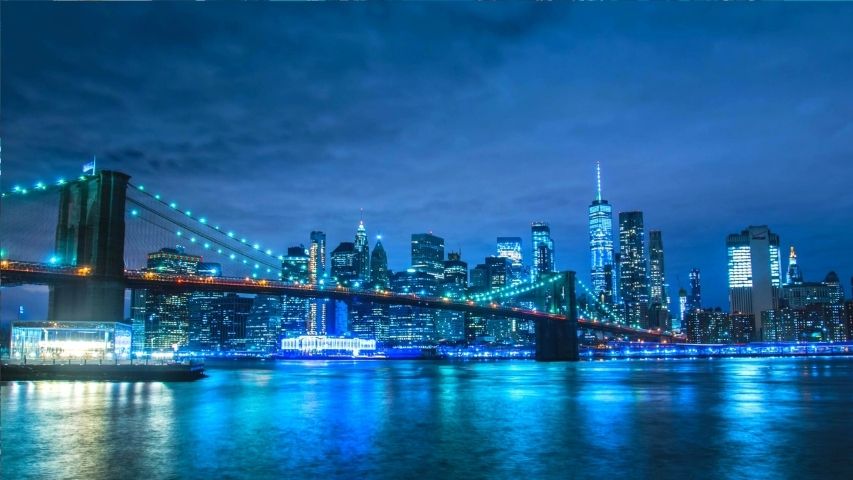 Light pollution or luminous pollution, is the excessive, misdirected or invasive use of artificial outdoor lighting. Poorly designed or unshielded residential, commercial and industrial outdoor lights emit more than 50% of their light skyward or sideways, and less than 40% of the light emitted actually illuminates the ground. It is estimated that in the United States alone, wasted lighting accounts for 1.7 million tons of carbon dioxide and nearly US $2.2 billion in wasted electricity each year!

Photo-pollution occurs in various forms - trespass or spill light glare (when a light fixture unintentionally illuminates beyond the property lines like streetlights or for that matter, a neighbor’s floodlight), discomfort/disability/blinding type (when a stray light, not adapted to by the eyes, causes reduced contrast, color perception, and visual performance), sky-glow (when light emitted in the atmosphere is scattered by dust and gas molecules, creating a dome-like orange glow that covers the night sky and makes it difficult to visualize celestial objects) and light clutter (when there is excessive grouping of bright lights causing confusion and distraction - like unshielded street lights and brightly lit advertisements on roads).

Measuring light pollution is an intricate process as the natural atmosphere is never completely dark. A commonly used system is the Bortle Scale, a nine-level rating system that measures sky intensity quality with observable criteria for each class. Astronomers have also developed a Sky Quality Meter, a handheld device to document and compare areas, while mobile apps like Dark Sky Meter and Loss of Night allow ease of use to anyone measuring sky brightness.

Luminous pollution affects the environment, wildlife ecology, astronomy research and the life and safety of humans. Excessive nighttime lighting not only increases the carbon footprint, by emission of greenhouse gas, but also suppresses nitrate radical, which breaks down vehicle and factory toxic emissions at night preventing smog and ozone pollution. Light pollution affects the feeding, sleeping, mating and migration cycles of all wildlife by causing disorientation of time. Mammals have difficulty in foraging for food and risk exposure to natural predators due to night vision impairment. Owls and nighthawks, who use moonlight and starlight for hunting and migration, get deviated from intended migration routes and can get exhausted or even collapse. Marine birds are known to collide with lighthouses and turbines and die in large numbers. Amphibians such as frogs and toads get confused and disoriented by the orange sky-glow affecting their feeding and mating. Sea turtles face the risk of extinction, as female turtles face difficulty in safe nesting due to paucity of dark beaches, and the hatchlings get confused by the bright lights on the beaches and erroneously wander away from the safety of the ocean. Insects such as moths, who are naturally attracted to light, use up all their energy to stay near a light source resulting in impaired feeding and mating. Glow worms, which communicate with their glowing bodies, face a snag and get confused. 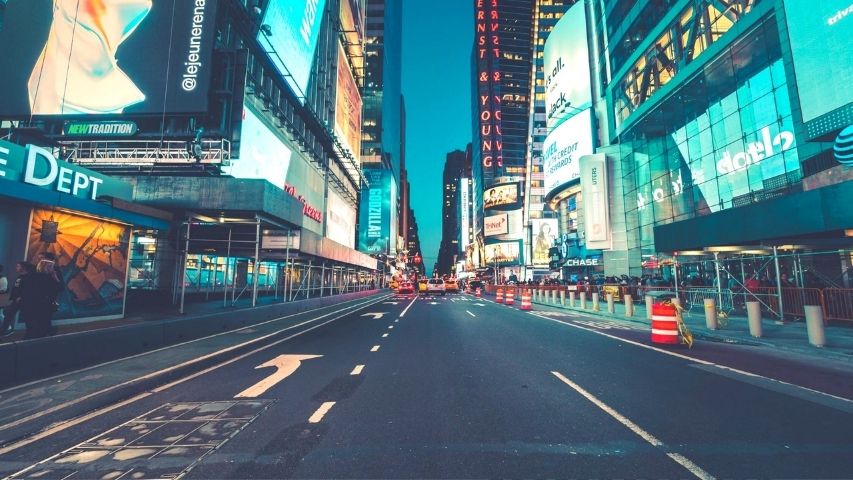 Plants in urban areas tend to retain leaves for a long time in the fall season, and start to bud back into life early in the spring, increasing risk to frost and pathogens. Agricultural crops like maize and soya grow rapidly but do not produce flowers in artificial lighting. Some wild trees also produce fewer flower heads, attracting fewer pollinators and upsetting the ecosystem. Not to be left unaffected, altering the levels of natural light and darkness, interferes with human biorhythm and melatonin production, which regulates the sleep-wake cycle resulting in anxiety and mood disorders, insomnia and hormonal changes. Light spill and sky glow interferes with astronomy equipment and make viewing difficult, even with the aid of a telescope.

According to the National Park Service, artificial sky glow from major cities can be visible up to 200 miles away. For example, the bright lights of Las Vegas are visible in Nevada’s Great Basin Park 295 miles away, California’s Death Valley Park 118 miles away and Utah’s Bryce Canyon National Park, 260 miles away. Luminous pollution, unlike other forms of contamination, can be contained or reduced to a very large extent. Use of CFL and LED bulbs, which emit blue short wavelength light that scatters easily in the atmosphere, shielding the fixtures by applying solid caps to prevent upward escape of light, using exterior fixtures with full or semi-cutoff angles, installing motion sensors so that lights turn on only when needed and for a very short time, buying ‘Dark Sky Lighting’ certified lights, turning off unnecessary outdoor and indoor lights to prevent dusk to dawn lighting are measures to help.

A number of groups have started organized campaigns for dark-sky movement and light pollution awareness. In the forefront of the movement are the International Dark-Sky Association, Campaign for Dark Skies and Globe at Night. Events like the Earth Hour and National Dark-Sky Week are organized to encourage people to switch off their lights and observe the night sky.

We have lost our connection to the night-time skies, the stories woven into star-studded skies, the sense of stillness, the awe of the twinkling cosmos and the wishes upon shooting stars! We need to wake up and make amends before the familiar nursery rhyme ‘Twinkle twinkle little star’ by the brother-sister duo Jane and Anne Taylor becomes mythology or the fantasy adventure movie ‘Stardust’ in which Tristan promises to get a star from the magical kingdom, for his beloved, is lost in eternity!