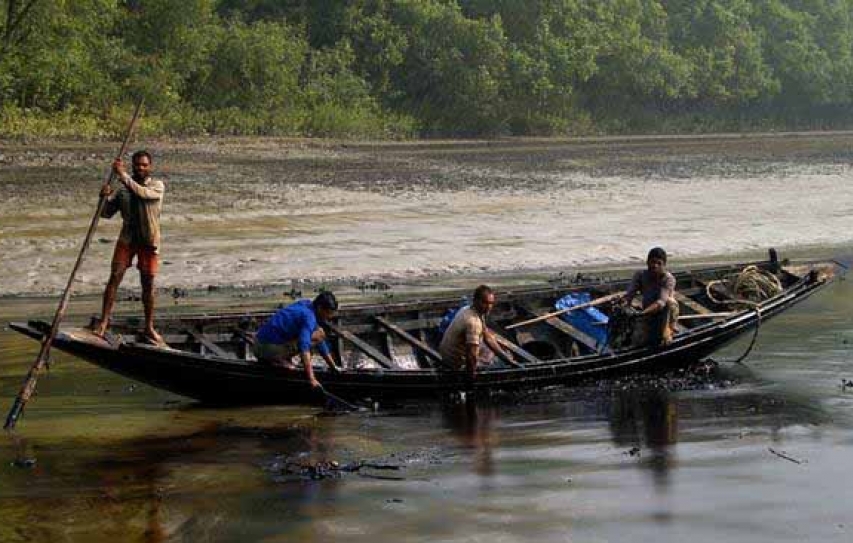 The oil spill in Sunderbans area of Bangladesh has created panic in India and the officials are now gearing up for possible challenges to the environment in near future. The spill occurred on December 9 when an oil tanker carrying more than 350,000 litres of bunker oil sank on Sela river in the region, a major sanctuary for aquatic animals, after being hit by a cargo vessel. Pradip Vyas, director of Sunderbans Biosphere Reserve in India, informed media that wildlife officials have been deployed in the area to check whether the spill is spreading to India or not. He, however, also stated that there is no confirmation about the oil reaching the Indian territory yet.