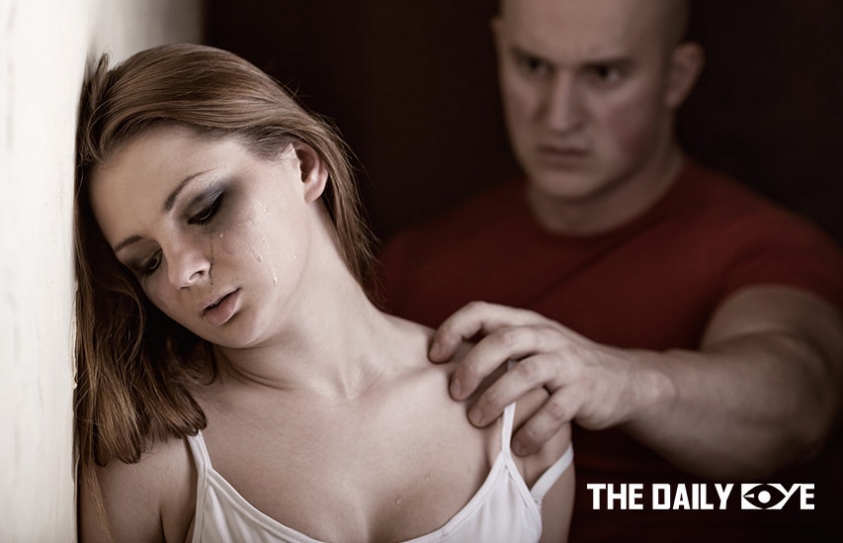 Sexual violence against women is a global concern. In the United States, there are around 293,000 victims of sexual assault every year. Sexual assault is also underreported according to the Rape Abuse and Incest National Network, with 68 percent of cases going unreported and custodial sentences only served by 2 per cent of rapists.

A report by the European Institute for Gender Equality revealed that sexual violence affects an estimated 35 per cent of women in the Czech Republic, 28 per cent in Denmark, 13 per cent of women in Germany and 17 per cent in Poland. The institute also points out that reported rape cases in Europe range from 1 to 12 per cent and that an even smaller percentage of cases result in prosecution.

But India has been in the spotlight because more and more women are protesting about gender-based violence and the media now regularly reports on rape.

However, victim-blaming is still rampant. Indian photojournalist Smita Sharma says that although India’s media does report on cases of violence, often the reporting isn’t sensitive enough to change people’s mindsets; TV reports often go into scurrilous detail about things such as what victims were wearing when they were attacked.

“The Indian media is reporting it but not as much as they should. They never show the perspective of the survivor and the challenges that they suffer,” she says.

Changes can be seen. Runjana Kumari, one of India’s leading women’s rights activists and director of the New Delhi NGO Center for Social Research, points out that while national figures are much lower than the real picture, more women are stepping up to report cases of violence. “Data has doubled in Delhi. It hasn’t increased enough but it has from previous times,” Kumari tells Equal Times. “The law has become very stringent and defines rape very widely. The punishment framework is also very stringent. “We have been dealing with such cases for 30 years but now people are more alert and there is a lot more media reaction,” she says. “People are willing to participate in protests. The situation has changed.”

People always hold rickshaw and taxi drivers responsible for such cases while the culprits end up to be the men known to their victims. Women are constantly in contact with drivers for whom the idea of independent women is still new. Their attitude has changed now that even their daughters go to school, they own smartphones and work for big industries like Ola and Uber which try to implement stringent rules on them. If drivers were the real problem, the transport system would have come to an abrupt stop. They just need time to cope up and accept the changing culture.

While the situation in India appears to be dire, there are two major ways policymakers, gender equality advocates, and religious leaders can at least help to address the tide of sexual violence. For example, some women’s groups have even taken matters into their own hands. The first is actually one that doesn’t directly involve acknowledging sexual violence: upgrading the country’s infrastructure. Too many parts of the country still lack access to sanitation, which, as some commentators note, is a major public safety issue, as sadly exemplified in the Uttar Pradesh Badaun rapes. Building toilets, ensuring that roads are well-lit 24 hours a day, and helping to provide safe passage for young people to schools are both as much women’s rights issues as they are national development priorities. Thus far, India’s new central government seems to be placing an emphasis on infrastructure development.

Religious leaders have already begun highlighting the importance of women’s equality as inherently part of the religion, specifically through mention of Shaktism in Hindus (the worship of female divinity) and the central role women have played in both Hindu scriptures and practice as equals to their male counterparts. Gender rights leaders should work more closely with faith leaders to constructively prevent sexual violence.

Working to end India’s sexual illiteracy might be trickier, because it involves acknowledging that India’s sexual denialism is deeply rooted into its social fabric, in part due to norms passed down from the colonial period.