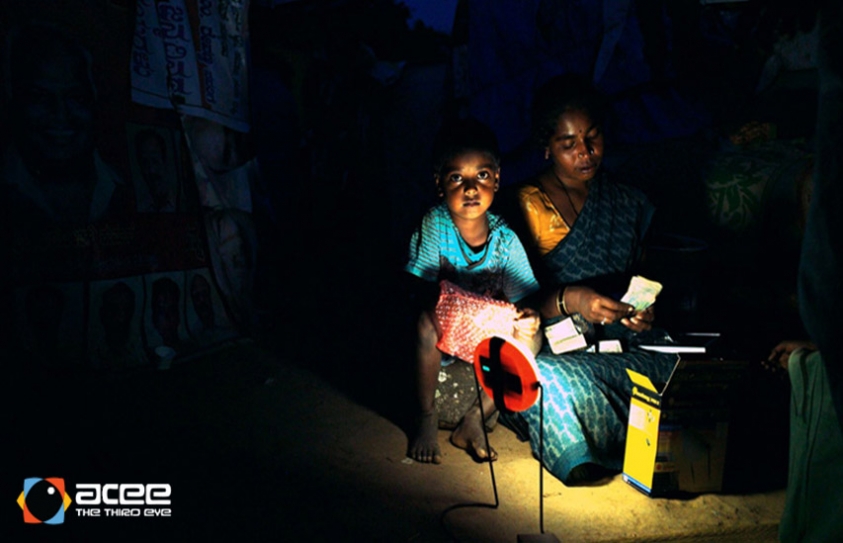 Resurfacing from the Dark: The World Is Headed Towards A Brighter Change

Last week, the world witnessed pantomimic celebration across all platforms on World Population Day. However, the consequence of an ever expanding population is not a matter of celebration added the lurking repercussions in near and far-off future is making brows knit.

The statistics reported claim that not all of world population has an access to the basic requisites. With changing times the world is no longer in a position to claim the same old food, shelter, clothing as the only resource required for survival. That is minimal, not basic. The definition of basic needs is ever-dynamic and undergoes a change with varying times. In addition to the conventional basic needs, the modern listicle also emphasizes on sanitation, education and healthcare and energy.

DARK TALE:
Insights from the World Energy Outlook (WEO) report for the year 2016 state that around 1.1 billion people from the 7 billion people did not have an access to electricity. On the brighter side, this was 15 million fewer people that the previous study. The data is positive though not satisfactory. The regions that record this dearth are the Sub-Saharan Africa and parts of developing Asia- that is 95% of those swimming in dark are natives of these geographies. Around 80% of the world total is predominantly from the underdeveloped or developing areas. 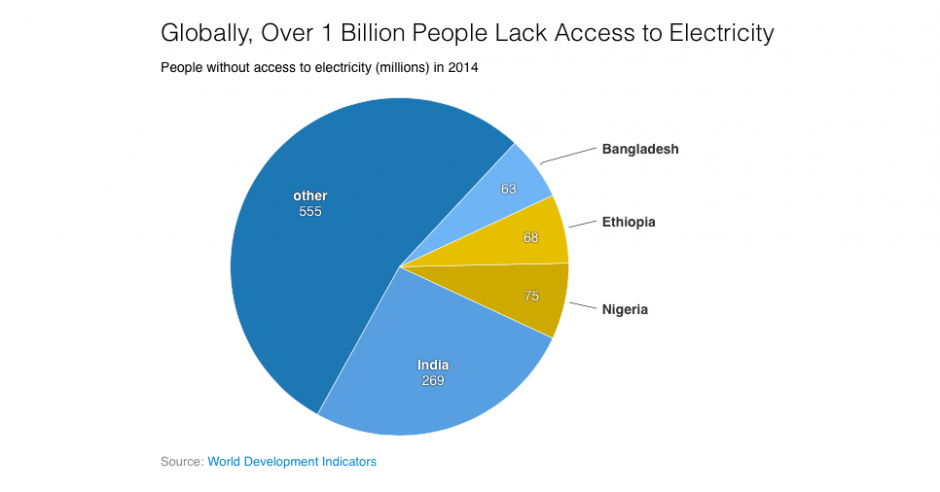 Reflecting on Amartya Sen’s vision, one of the most profound economist and philosopher who explained that development should be measured in terms of capabilities and not consumption; all the development works worldwide is in accord with his statement. While still far from complete, progress in providing electrification in urban areas has outpaced that in rural areas two to one since 2000. South Asia has driven global declines in the share of the rural population without access to electricity, with just 28 percent of rural dwellers lacking electricity in 2014, compared with 68 percent in 1991, while the urban rate fell from 18 percent to 3 percent. Sources reveal that just four countries - India, Nigeria, Ethiopia and Bangladesh are home to about half of all people who lack access to electricity.

A LIGHT IN SIGHT:
The World Bank Group is a unique global partnership that aims at ending poverty. Their Goal 7 is in response to the call for energy requirements in the ‘dark areas’. Goal 7 recognizes that extending access to electricity and other forms of energy is fundamental to improving people’s lives and communities. It aims for efficiencies in energy use and the promotion of renewable sources to sustainably manage resources for development.
In dialogue with Goal 7 The World Bank Group has also undertaken initiative in promoting Solar Power- the cleanest and revolutionary source of energy. With a sweeping commitment to solar power, innovative solutions and energy efficiency initiatives to supply its people with 24x7 electricity by 2030, India is emerging as a front runner in the global fight against climate change.

This is bonzer news because the bigger goal is to meet the Paris Climate Agreement objective of containing global warming to under a 2-degrees Celsius increase. Hence it is imperative for a country like India which is the third largest emitter of carbon-dioxide to embrace solar energy in order to become a global leader on renewable energy. All these efforts hint about a luminous future in the making.