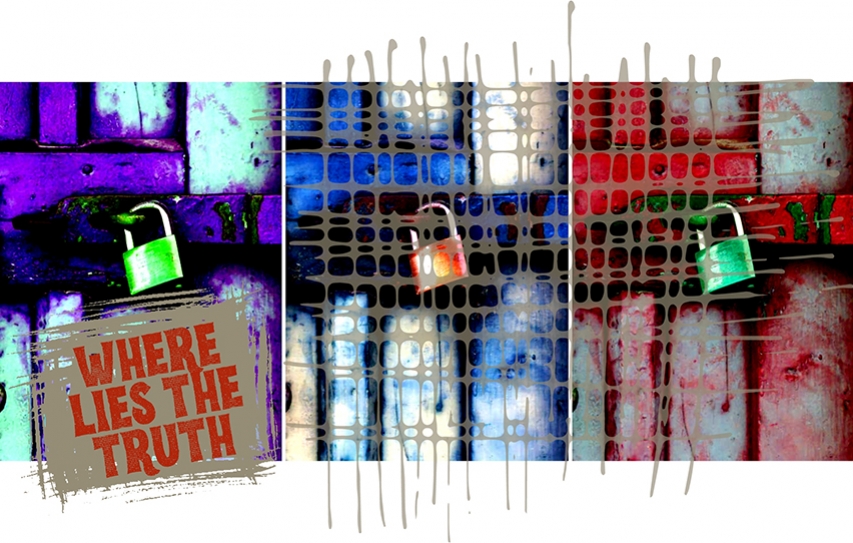 I am focusing on the fact that the Coronavirus is just one part of our lives interrupted. Today, more unsettling realities are intruding on lives, making  survival extremely difficult. Now comes another unguarded surprise - we are being watched. We are no longer ‘azaad’ as there exists intrusions by sarkari characters and machinery under their control. Everything, big and small, in our lives could no longer be private or personal; spies and spying gadgets have made their way to our privacy.

How can one live in this stifling atmosphere, when treacherous characters are spreading their fangs and making the citizens of this country slaves? Yes, we are no longer free. False charges and well-crafted allegations are enough to silence dissent. This is unsettling, choking and suffocating.

What one is witnessing is a series of murders taking place under our eyes - mass murders; the soul and the spirit crushed systematically. And in this depressing atmosphere, the darkest truths are camouflaged by sarkari propaganda, which tries to convince people that all’s okay! But is that really so? No!

Perhaps a large number of people realize that the ongoing treachery is intended to disable structures and institutions that hold up our democracy. However they are petrified and apprehensive to speak out. They or their children can be picked up, framed and put behind bars without trials. Although many are well aware of the intrusions of the Right Wing fringe into their daily lives, fear silences them from expressing themselves and holding the intruders to account. I was surprised to know that scores of young students have read about the RSS ideology and therefore realize the perils that await them if these forces are not stopped, but because questioning the ideology will put them, their families and the lives of their loved ones at risk, they remain quiet. 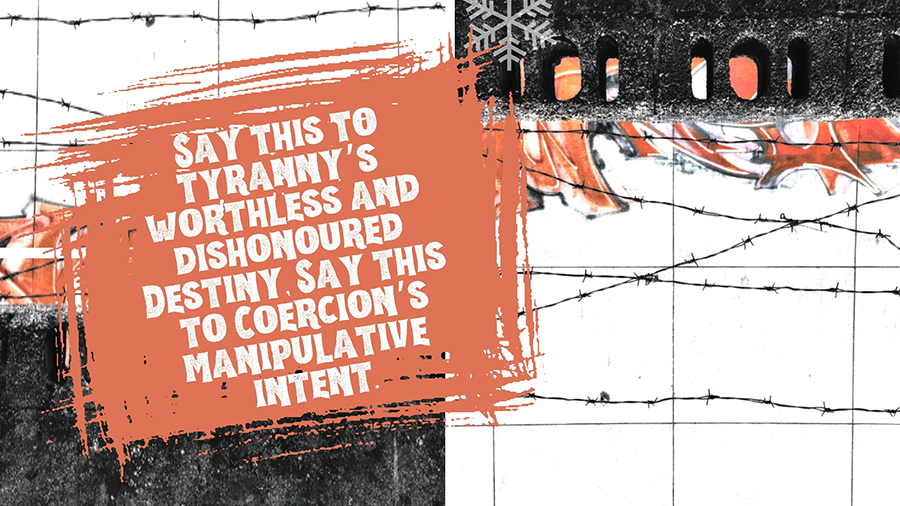 Many even quote from books on the ideology of RSS. Shamsul Islam’s Know The RSS: Based on Rashtriya Swayamsevak Sangh Documents (Pharos Media), Khushwant Singh’s The End of India (Penguin), Jyortimaya Sharma’s Terrifying Vision - M.S. Golwalkar, The RSS and India (Penguin), AG Noorani The RSS – A Menace To India (Left Word), series of books on the RSS and the Right-Wing, by Professor Ram Puniyani are some. Not to forget to mention several well-researched books authored by the former I.G. Police, Maharashtra, S.M.  Mushrif.

These books are significant as they convey much. To quote from academic Jyotirmaya Sharma's Terrifying Vision - M.S. Golwalkar, The RSS and India, "The Ram Janambhoomi movement, the demolition of the Babri Masjid and the Gujarat riots of 2002 are just a few examples of the impact Golwalkar's legacy has had on the move towards a certain brand of radical Hindu nationalism. In Golwalkar's mental universe, there are two permanent enemies, the Muslims and politics. These two are the greatest impediments in the way of the Hindu Rashtra regaining its power and glory.”

These lines, of Golwalkar, tucked in the book, are significant: “Within the country  there are so many Muslim pockets, i.e., so many ‘miniature Pakistanis’… such ‘pockets’  have  verily  become  centres of  a  widespread  network of  pro-Pakistani elements in this land. The  conclusion  is that, in  practically every place there are Muslims who are in constant touch with Pakistan over the  transmitter. Right from Delhi to Rampur to Lucknow, the Muslims are busy hatching a dangerous plot, piling up arms and mobilizing their men and probably biding their time to strike from within when Pakistan decides upon an armed conflict with our country.” 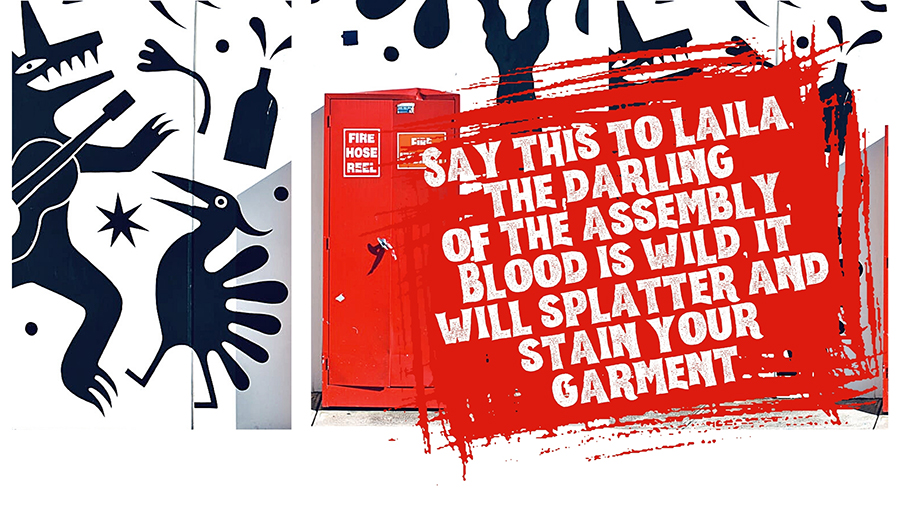 Here I’m quoting here, from A.G. Noorani’s book, The RSS - A Menace To India, “India is battling for its very soul. The Rashtriya Swayamsevak Sangh  (RSS) is the most powerful organization in India today; complete with a private army of its own, unquestionably obeying its leader who functions on fascist lines, on the Fuehrer principle. The RSS is at war with India’s past. It belittles three of the greatest builders of the Indian State - Ashoka, the Buddhist, Akbar, the Muslim and Nehru, a civilized enlightened Hindu. It would wipe out centuries of achievement for which the world has acclaimed India and replace that with its own narrow, divisive ideology.”

Noorani details further in his book, “The intensification of Hindutva has acted, as intended by  its  followers, to divert attention from the fact that almost half the population of India is at or below poverty line and is denied even the most basic rights and amenities. Instead of working towards providing these rights and amenities to the Tribal and the Dalits, the focus has been shifted to the irrelevant question of the right to convert. The  hype surrounding the issue of which Indians are indigenous and which are foreign, basing this identity on the  false premise of whether they follow a religion which is indigenous to the subcontinent or is west Asian in origin, has led to the most inhuman and unethical behaviour on the part of groups claiming to defend Hinduism and is directed towards those labelled as Muslims and Christians.” 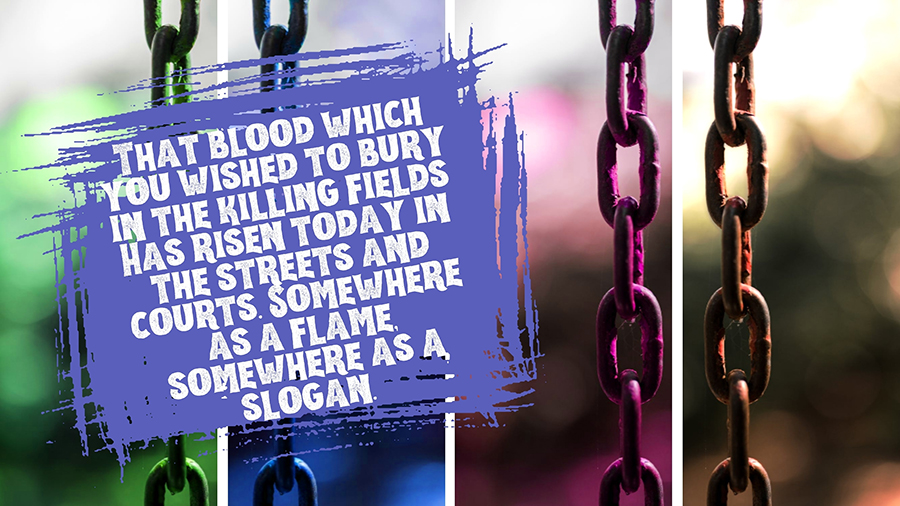 These lines of Sahir Ludhianvi from his poem ‘Khoon phir khoon hai’ (Blood, however, is  blood) are what I will leave you with this week.

Tyranny is but tyranny; when it grows it is vanquished/Blood however is blood; if it spills it will congeal/It will congeal on the desert sands, on the murderer’s hand/On the brow of justice and on chained feet/On the   unjust sword, on the sacrificial body/Blood is blood; if it spills it will take root//Let them hide all they want, skulk in their lairs/The track of spilled blood will point out the executioners’ abode/Let conspiracies shroud the truth with darkness/Each drop of blood will march out, holding aloft a lamp/Say this to tyranny’s worthless and dishonoured Destiny/Say this  to Coercion’s manipulative intent/Say this to Laila, the darling of the  assembly/Blood is wild, it will splatter and stain your garment/It is a rapid flame that will scorch your harvests/That blood which you wished to bury in the killing fields/Has risen today in the streets and courts/Somewhere as a flame, somewhere as a slogan. Somewhere else as a flung stone//When blood flows bayonets cannot contain it/When it raises its defiant head, laws will not restrain it/Tyranny has no caste, no community, no status or dignity/Tyranny is simply tyranny, from its beginning to its end//Blood is however blood; it becomes a hundred things:/Shapes that cannot be obliterated/Flames that can never be extinguished/Chants that will not be suppressed.