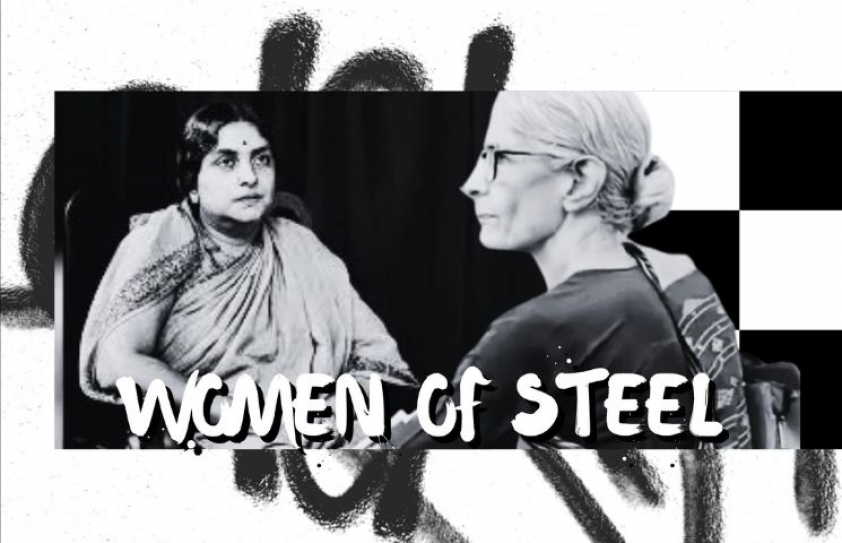 Some among us could be talking about the conditions of prisons in the country, and the various challenges faced by inmates, but only a handful reach out to them, writes Humra Quraishi

Last month the Lucknow based academic, Professor Roop Rekha Verma voiced herself. This former Vice Chancellor of the Lucknow University had the courage to give surety for the release of Kerala journalist Siddique Kappan, who has been languishing in prison for several months in a Uttar Pradesh because he was arrested while on his way to cover the Hathras incident where a young girl was gangraped, after which her body was cremated by the authorities before handing over her remains to her family; all this, eerily, in the dead of the night.

Bail conditions required for the surety of two residents of Uttar Pradesh and with the prevailing political climate in the State, nobody had the courage to volunteer, until, of course, Roop Rekha Verma stepped forward with the surety for the journalist.

I have met Roop Rekha Verma on two previous occasions and she came across to me as a woman with a definite personality. Soft spoken, humble and modest, sincerity and genuineness was written large on her face when she spoke. Alas, today there are only a few of her kind and it’s time we salute them and their spirit. Salaams to Roop Rekha’s grit and guts! Living in Lucknow, sans frills, and far from the media glare, fighting for the human rights of individuals, her honesty in standing up for the truth is indeed a rarity in the dark times we inhabit today.

Another great woman like Roop Rekha Verma, Kamaladevi Chattopadhyay, passed away back on the 29th October 1988, but she is remembered as the woman who always took a stand for the rights of the citizens when she noticed that they were being obfuscated. In her memoir, Inner Recesses Outer Spaces, there are glimpses of her observations on various aspects of imprisonments in India - the challenges faced by prisoners, the post-Partition plight of refugees and the role of Muslims in the freedom movement.

Her recollections of the days she spent in prison are of significance. She describes life in confinement as quoted here: “A prison brings out the worst in people is a common phrase much bandied out. No doubt confinement within a limited space has its own exasperations apart from discomforts; its capacity of irritation is limitless. Here we are placed in a heterogeneous group drawn from hundreds of homes, diverse communities with different habits, speaking babble of tongues. Prison to me was a trial in other ways. I am not a gregarious animal and it is a great trial to live for months on end in small crowds. It is not surprising that one’s outlook gets cramped, sense of values distorted and people are inclined to be irritated over trifles, which are  exaggerated.” 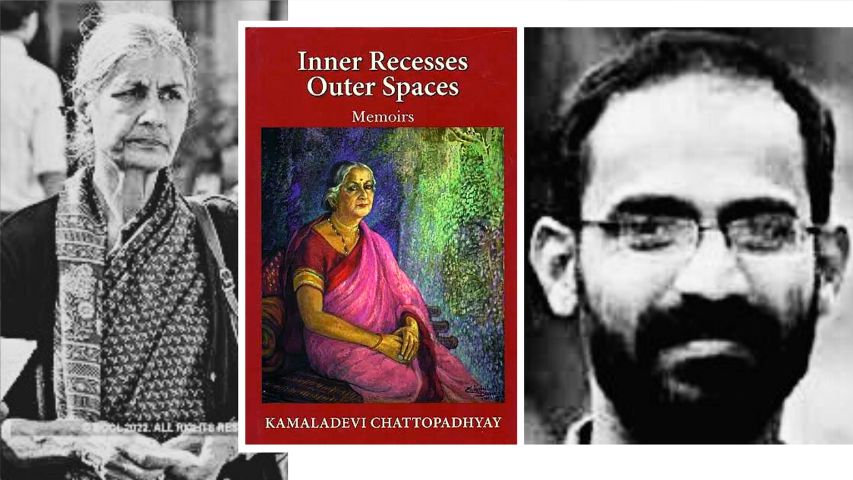 Although she used to interact with several leaders associated with the freedom struggle, including Pandit Jawaharlal Nehru, Maulana Abul Kalam Azad and Sardar Vallabhbhai Patel, Mahatma Gandhi figures the most in her writings. She comments on how everyone in those days was trying to understand his philosophy of non-violence: “Impatiently, we looked to Gandhiji for a sign, but none seemed visible. We had not yet grasped his uncanny capacity to gauge a situation accurately, and the ability to act at the proper psychological hour. Though we fretted, we knew that when the hour came, he would strike and strike hard and one day it would be the final stroke.”

In addition, she has highlighted his aversion for the security ‘bandobast’. She wrote, “The past few weeks before it (his assassination), one had been persistently hearing of threats to the Mahatma… then the bomb explosion. Still it did not carry reality. Who would want to kill one who was an embodiment of love and compassion? When it happened many blamed the victim himself, for he sternly forbade any security measures. For him his life was not worth it if it was to be guarded by weapons. If such a moment came, it meant it was time for him to go. He could live only if he could serve and his service was welcomed. What a different world we live in now. The public today is universally suspected. The more important a public function, the more ferocious the display of weapons.”

Significantly, Kamaladevi has been among the handful of commentators who focused on the contributions made by the Muslim community, including women, in the Independence movement. She wrote, “The picturesque Begum Hazrat Mahal played an active part in the 1857 war by personally leading her troops into the battle.” And further, “In the early days of the Civil Disobedience Movement under Gandhiji, a body of Muslim theologians was founded called Jamiat-ul-Ulema-I-Hind to get all Muslim religious leaders to fight the British. When the Satyagraha movement was launched in 1930, the Jamiat was amongst the earliest to take the plunge, followed by the Ahrar Party of Punjab, the Shia Political Conference, the Khudai Khidmatgar of the North West Frontier.”

It is also significant to  know that when Mahatma Gandhi had announced the Satyagraha movement in 1930, Kamaladevi was one of the only two women chosen for inclusion in the frontline unit of seven volunteers at Bombay who marched to the beachfront to boil seawater and make salt. Later, in a startling move, Kamaladevi marched to the High Court and asked the magistrate present whether he would be interested in buying the ‘Freedom Salt’ she had just prepared!

A strong, independent and daring Kamaladevi. Salaams to her.