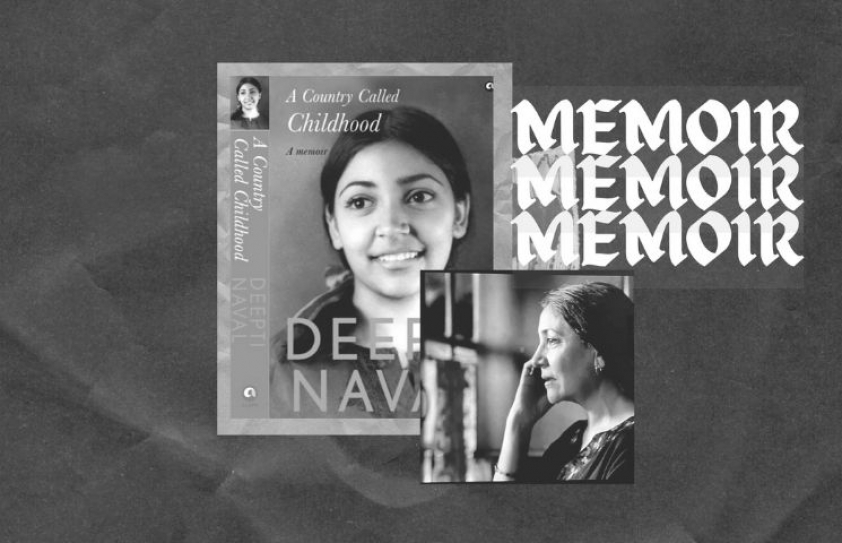 BOOK REVIEW: Actor Deepti Naval’s journey into her childhood is one from the heart, funny and moving in the same breath. Shantanu Ray Chaudhuri reviews a remarkable memoir.

‘It would be good to give much thought, before you try to find words for something so lost, for those long childhood afternoons you knew that vanished so completely - and why? Life was never again so filled with meeting, with reunion and with passing on as back then, when nothing happened to us except what happens to things and creatures…’ - Rainer Rilke

One of the things I learnt early in life is that every childhood is unique. Each one of us has our own version of what is commonly, and often misleadingly, spoken of as the ‘golden’ period of our lives. That is what makes writing about childhood both fascinating and tricky.

Given our propensity to tinge the past with nostalgia, there is no doubt that most of us have little by way of a proper perspective when it comes to this phase of life, which shapes the rest of it. As such, one is skeptical of a childhood memoir. And when the memoir is of a popular actor in cinema, an actor whose works going back forty years and still light up a thousand social media conversations, one is more wary, given the plethora of banal autobiographies or authorized biographies from filmdom we have had in the last few years, almost all of them an exercise in ego, with little by way of either insights or felicity of language.

As such it is with more than just a little pleasure that I emerged from Deepti Naval’s ‘memoir’. I put that in quotes because the author is very categorical about ‘poetry being the only autobiography I am going to write’. Which statement says a lot about the author, about her discernment, an acumen she puts to great use in what is a tome.

At 368 pages in royal format, this is as exhaustive a journey as you are ever likely to embark on. It is to Deepti’s credit that despite the length, there’s nary a dull moment in the narrative, not a passage that seems out of place or needless. She seems to have taken Rilke’s words with which I began this review, ‘It would be good to give much thought, before you try to find words for something so lost’, to heart. This is a book that comes from much thought and reflection.

One of the best things about it is that she is not talking of her life as an actor, except as pointers as to how what she experienced in the country she calls childhood might have shaped that other nation in which she chose to make her sojourn, cinema. If you are looking for the Deepti Naval of Chashme Baddoor or Katha, this is not the book. The author is firmly holding you by the hand and guiding you through the life and times of ‘Deepi’, the name her parents had for her, before she became the Deepti Naval we know today. But though her hold is firm, there is a lightness of touch right through that heaves, leavens, the narrative every now and then, making this a delightful experience. 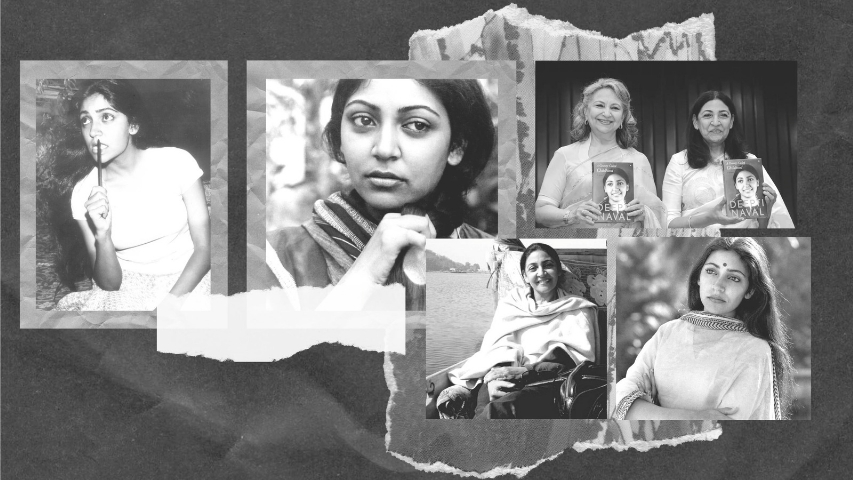 It helps that she manages a very ‘cinematic’ structure. It is chronological, yes, starting from the ‘winter rains’ in which she arrives, to the airplane taking off for America, ‘leaving the country of my childhood, memories unspooling in my head like a top-angle shot’. But there’s something in the way that she uses the breaks in the narrative that gives the reader the sense of experiencing fade-ins and fade-outs. And she begins it all with what I would like to describe as a pre-credit title sequence, with all the drama and action to hook you. This prologue, evocatively titled ‘The Dance of Songs’, also gives you a sense of the imagination that Deepti brings to the chronicle: Suddenly, something stirs… Tin sheds begin to flap and rattle; the smell of wind on earth… Bicycles fall in a slow, studied motion along the walls of the cinema hall… A rickshaw puller pedals backwards and sideways. The world seems to slant at the edges… Across the street the plotwallah is doing a tandav! He is the skinny fellow who sells leaflets with the plot and songs of Hindi films printed on them. A strong gust whisks away the sepia-colored leaflets from his hands and flings them into the wind. They soar in the air; going up and up in circles… the yellowed sheets somersault, now diving to his feet, now rising as if to sudden applause. He leaps and plunges… hurling him at the musical notes… the songs dance above his gaunt, lanky frame. He dances with the songs, the poor plotwallah…’

Deepti is describing a dust storm. She was only four years old at the time! And she brings this visual texture to the text consistently. It is a Herculean feat that she pulls off given the ground she covers. No detail is small enough to be brushed aside offhandedly. Not for someone who makes a delightful paragraph even about how people pronounce her name ‘Dipp-tee, or Dipti’, and when she is being too fastidious, even ‘Deeep-teee’, simply to rub it in, but never Deepti, never just right. And Deepti is determined to get every detail right, even if it is ‘lice-picking afternoons’ or the periodic cleaning of the ears, or the hat stand, the only piece of furniture from her parents’ time she has with her now, that stands testimony to her growing up and ‘coming of age’.

This is a history redolent of everyday sights and sounds of a lost era, made extraordinary and relatable in the writing. When she talks of itinerant vendors selling their wares, the call of the ‘kaul chapni’ and ‘aampaapad’ breaking through the silence of languid afternoons, she takes me on a journey to the sounds of my own childhood, the ‘kaale, kaale faalse, faalse kale kale’ or the julaha (weaver) with his trademark twang weaving our razais. She brings this visual sense to the by-lanes of the city she grew up in; the last paragraph of the book is as evocative an ode as you can expect to find to a place as also to the characters she describes. 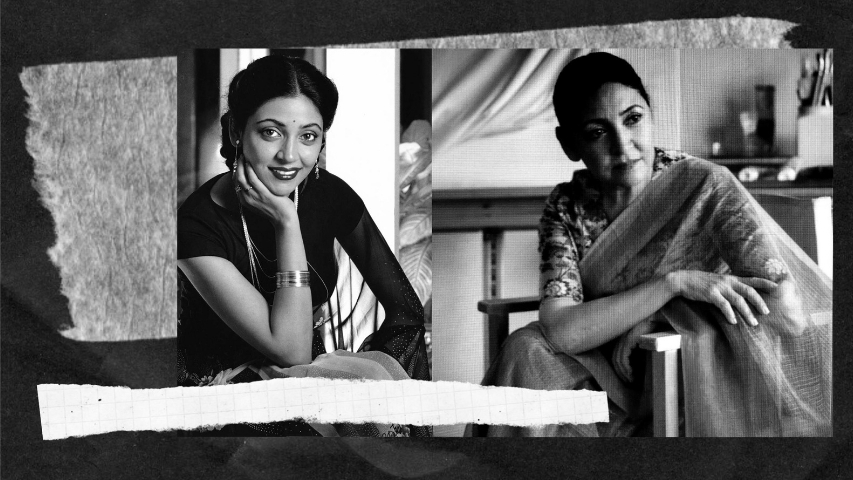 And what characters! More fascinating because of the empathy she brings to them – The little boy with the dark complexion holding an empty bowl, ‘looking up expectantly’. ‘The first time I felt empathy for someone… While feeling sorry for him, I was watching myself watching the boy and feeling his pain. This was perhaps my first lesson in acting - taking a mental note of an experience and storing it away.’ Or Moolchand uncle, riding a cycle with whom to a friend’s place embarrassed the young Deepti, while also filling her with remorse about the way she felt, or her first crush, which ends when she spies the handsome boy using a datun.

Or for that matter the ‘madmen’ who form an indelible part of her memories - the one who frightened her from under her stairs, or the ‘madman of Manali’ who gets a full chapter to himself, and the brilliance with which the author weaves in the ‘mad Tibetan’ (incidentally the title of her book of short stories) in this section that memorializes what she calls the ‘madmen of the spirit’. Or the strange woman, in the middle of a dust storm, ‘bent over the pram in which Sunny (her baby brother) lay, making bizarre gestures, hissing incoherent words’, after which day ‘Sunny was not able to breathe properly anymore’. And, the most affecting of all the characters - her classmate Neeta Devichand, a friend who slipped over to the other side, and in doing so opened Deepti up to experiences that have impacted her profoundly.

This also segues into what I believe is the finest chapter in the book, ‘My Imaginary World’. A chapter in which probably lies a clue to Deepti, the person. ‘That which actually happens is real, and that which happens only in the mind, what would we call it?’ She writes achingly of creating and inhabiting ‘an imaginary world (that) was there, for real, for me to live in.’ She creates a stunning narrative of the ‘yellow house down by the railway signal… a house we once lived in’, except that her mother insists that they had never lived there. This chapter, surreal, floating between the conscious and the intangible, the actual and the shadow, is a triumph of prose.

But it’s not all somber and bleak. Deepti keeps the laughs coming. Her description of the cinema theatres of the time, particularly the more

‘Disreputable’ ones are a delight, as are her brushes with films, beginning with Durgesh Nandini, which put her off cinema for a long time. Or the ‘drama queen’ in her, running away from home, taking a train all by herself towards Kashmir, or putting a matchstick to her diaries! She is a hoot talking about ‘the elbow crusades’, the ‘chappal and jooti offensive’ she and her school friends devised to deal with the rowdy ‘eve-teasers’ of the time.

My only crib is the absence of an index. This is a book that desperately calls for one. That apart, this is an incandescent work that true to the words with which her poetic epigraph to the bookends, is indeed, ‘rejoicing in a life/yet to unfold’.