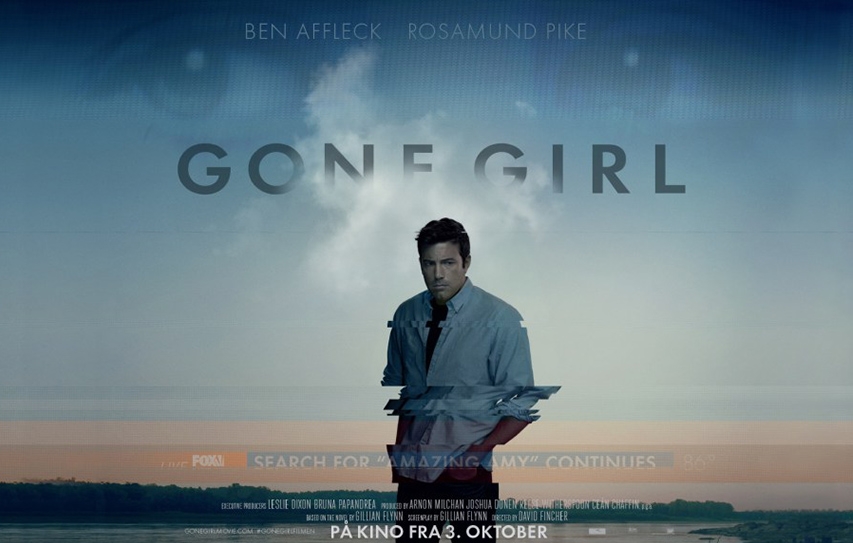 Bring On The Girls

Gillian Flynn’s Gone Girl was a publishing sensation and made legit the dysfunctional ‘girl’.

Paula Hawkins’s debut novel, The Girl On The Train zoomed up the bestselling charts earlier this year and is still there, its success is being compared to that of Gillian Flynn’s chilling novel.

Rachel Watson commutes to and from London every day, and from the window she sees couple she names Jess and Jason, and in her mind gives them ideal lives.

She is an alcoholic and her life is in the dumps. After her marriage to Tom broke down, he married a pretty young woman, Anna, who promptly gave him a much-wanted child. She lives as a lodger with the kindly Cathy, who puts up with her craziness. She hasn’t the courage to confess even to her only friend that she lost her job months ago and pretends to go to work every day, spending her time in a boozy haze.

She drunk dials Tom constantly, and makes a nuisance of herself, because she is seldom sober to even feel embarrassed. Her old home is a few doors down from that of her ‘Golden Couple’ so every time the row of houses appear by the tracks, her anguish multiples.

Then, one day, she sees ‘Jess’ kissing another man, and soon after comes news that the woman, whose real name is Megan, has gone missing and her husband, Scott, is the prime suspect. Suddenly the life of the lovely couple seems even more sordid than her own, and only she knows of the other man. Because of her obvious mental instability, the cops treat her with contempt. Much to Rachel’s despair, she knows there was something that she witnessed the night Megan disappeared, but she has a memory blackout.

Rachel is a pathetic woman to have as a protagonist, but that does not take away from the suspense that is revealed gradually. The story is told in the voices of Rachel, Megan and Anna—all three women trying to find happiness with unworthy men, and all going through varying degrees of suburban ennui. The rail tracks by their homes and the trains passing up and down all promise escape and adventure that they will never have.

The other ‘girl’ book that was compared to Flynn’s, is Jessica Knoll’s bestseller, Luckiest Girl Alive.
TifAni FaNelli—that’s the way her name is spelt—is the tough heroine, who, by age 28, has reinvented herself as Ani, the stylish editor with the upmarket, The Women’s Magazine. She has clawed her way up from her small town, middle-class past and as a badge of achievement flaunts the emerald and diamond engagement ring given to her by the rich, handsome and prize ‘catch’ Luke Harrison. The ring papers over any cracks she may have in her façade, but she cannot get over a terrible secret from her past.

By today’s standards, Ani (“Ahnee not Annie”) has it all—beauty, almost size zero figure, perfect hair, designer outfits and accessories, an enviable job, a doting fiancé, a splashy society wedding in a few weeks, when the strings start to unravel.

All through her teen years she is as embarrassed by her curvy figure as by her mother who drives a flashy BMW, and wears garish make-up. Even as a child, Ani realises that, “Education, travel, culture — this is what any pennies pinched should be used for, never flashy cars, loud logos, or personal maintenance.”

It is all connected with what she went through at school, when she tried desperately to belong to the ‘It’ group of rich kids, who allowed her entry, but made her pay a terrible price. The humiliation she went through was enough to break another teenager; Ani survives with some help from a sympathetic teacher, Mr Larson, but not without major damage.

As if this public flaying was not enough, something worse happens – much later in the book when the reader feels assured that Ani is safe. It is this second incident that scars her psyche—why she is called “luckiest girl alive” has nothing to go with good fortune, quite the opposite, in fact.

Knoll has worked Cosmopolitan and Self magazines, so she gets the initial cut-throat The Devil Wears Prada vibe perfectly. Ani is the superior bitch who judges other women by their appearance, so confident is she of her own perfection. But nobody can pretend all their life, is what Ani finally figures out.

Knoll’s book—dark and twisted below all that glamour has already been picked up by Reese Witherspoon’s production company, Pacific Standard, as was Gone Girl. Knoll’s book is a damning critique of the sexism, misogyny and class snobbery built into American society, while keeping the tone chick-lit breezy, thus mocking the accepted conventions of the ‘women’s novel.’

Meawhile, Flynn’s single long story, The Grownup, which was originally published in an anthology edited by George RR Martin, has been released as a standalone and has already become a bestseller, though here, the ‘girl,’ a sex worker and fake psychic finds herself manipulated by true evil.