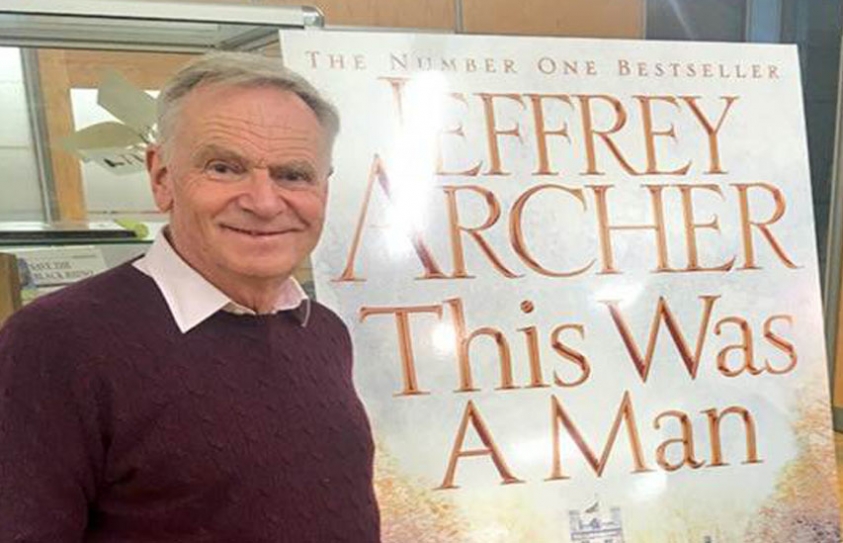 Seven books in the Clifton Chronicles, and the story could still go on. Only a master storyteller like Jeffrey Archer could have woven such an intricate plot about family dynamics, woven around the socio-political situation of the times. He brings the Clifton Chronicles to a close with the seventh book, This Was A Man. It would help if the reader had caught the last six novels, but it works just as well as a standalone book. Still, a binge reading session or two is recommended.

The sprawling saga of the Clifton and Barrington families has been written by the bestselling author with a mix of gravity, liberal dashes of humour, as much emotion as the stiff-upper-lip British aristocratic backdrop would allow, and spice in the form of the colourful Lady Virginia, who deserves a series by herself. She lives precariously, but give as good as she gets. You really want her financial woes to finally end, and for her to find some measure of peace from all that hectic scheming. Too bad she is left dangling when all the other ends are tied up in a neat ‘goodbye’ bow.

Her shenanigans in Book 6, Cometh The Hour, were hilarious; here the smart, resourceful but perennially luckless Lady Virginia gets up to no good again, but she is just the comic relief. At the core of this book is the bitter political rivalry between Giles Barrington and his sister Emma Clifton, who find themselves on opposite sides in Parliament, but are perfectly civil and affectionate outside.

In the last book, Giles had spirited Karin out of East Germany, in this one he finds out the truth about her. Emma’s loving husband, Harry, a successful writer, embarks on his magnum opus. Their son Sebastian, a banker, deflects a hostile takeover bid with some deft moves of his own. Sebastian and Samantha’s daughter Jessica, a bright teenager, endangers her future over a disastrous fling.

Archer keeps the reader engrossed with frequent spikes—Karin’s dramatic rescue when her handler wants to kill her; the smooth defeat of business pirate Conrad Sorkin, and, of course, a ‘guest appearance’ by Margaret Thatcher.

Archer knows exactly when to shock, when to awe and when to give readers a small breather from the frantic goings on. His style is direct, the writing brisk (perhaps a bit too much), dialogue workmanlike, but the twists and turns he comes up with are always satisfying.