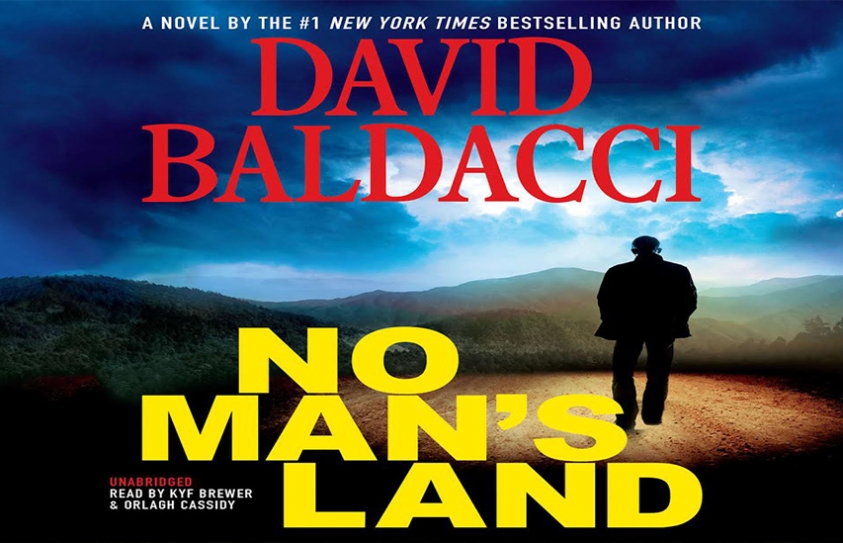 Echoes of The Past

At the present, when Donald Trump’s America is flexing its racist muscles and angling for a possible war, David Baldacci’s new book, No Man’s Land criticises his country’s military programme, which often borders on the inhuman. The best-selling writer knows how to spin a thriller, so even this is one is quite far-fetched, it is still a gripping read.

It is the fourth John Puller novel, in which he learns that the father he idolised all his life, may have killed his mother thirty years ago, when she disappeared, from the army township of Fort Monroe, never to be found. John, who is a military investigator, and his older brother Robert grieved for their mother for years, and lived with the anguish of not knowing what really happened. John Sr. who was a much admired military man, now languishes in a hospital, suffering an advanced stage of dementia. It is a neighbour from the past, now on her deathbed, who accuses him of killing his wife.

Puller learns that his father who was supposed to be overseas when his wife disappeared had returned a day earlier, and that enough to cause suspicion of his guilt. Much to Puller’s surprise the CID shuts the case files as abruptly as they had opened it. But he needs closure now, and defies his seniors to conduct his own investigation. When he is ordered off the case, he resigns in the pursuit of the truth. His buddy and on-off lover, Agent Victoria Knox turns up to help him, and seems to know more than she lets on, causing trust issues between them.

Puller’s story runs parallel to that of Paul Rogers, who jumps parole after spending ten years in jail for murder. He leaves behind a trail of corpses as he make his way to Fort Monroe, on a mission of revenge. Till the various strands of the story start converging, all the reader knows is the Rogers possesses superhuman strength, some kind of brain implant, a hideously scarred body and no impulse control. His unlikely comrade-in-arms is a mysterious and sexy young woman with a dodgy past, whom he meets in a nightclub, where is gets a no-questions-asked job as a bouncer.

When Puller and Rogers meet, they discover a common enemy and mission. Just what that is concerns the highest echelons of the military, business and science and the many powerful people involved, do not want their secrets to come out. Just what Rogers had been put through by the army and their cohorts is shocking, though keeping in mind America’s hawkish posturing, entirely plausible.

No Man’s Land is a John Puller book, but the real protagonist is Paul Rogers, whose tragedy makes him a character to admire and sympathise with, no matter what he does. Baldacci fans will not be disappointed.