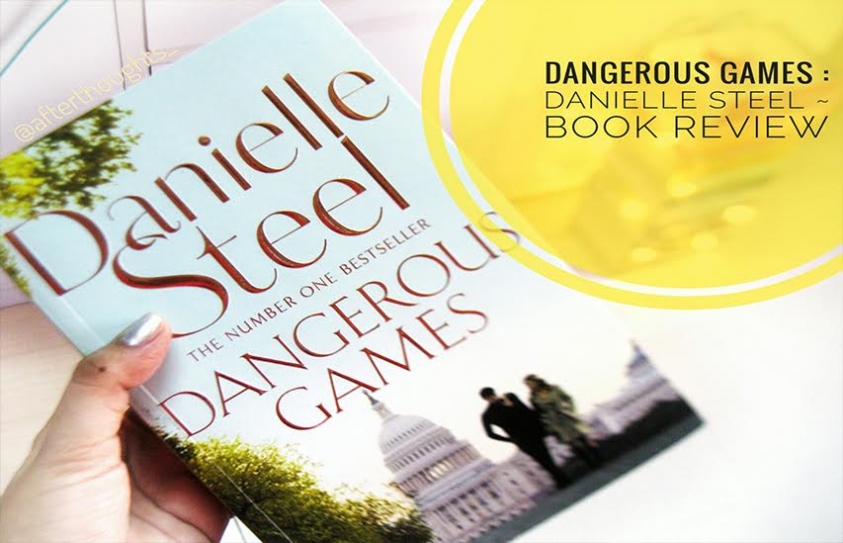 In The Line Of Fire

Bestselling author Danielle Steel’s new book Dangerous Games has a tough female protagonist, the kind who is still not all that common in fiction; mostly the strong women are psychos or emotionless viragos. Alix Phillips is fearless, a hard-nosed careerwoman, who has her priorities in order.

Dangerous Games is a page-turner with ‘hit’ stamped on it, with Hollywood actresses lining up to option it for a movie—because it is such a simple novel, written in a matter-of-fact style with no unnecessary flourishes. There is a crime and a high-powered criminal, but since it’s not a whodunit, the reader knows right away who the bad guy is and wait to see how he will be tripped up. It must be said that Steel wrote a fitting punishment for the man.

Alix is a courageous television correspondent, who, along with her lone ranger ex–Navy SEAL cameraman, Ben Chapman, rushes to the world’s most dangerous trouble spots, to report on wars, riots, scandals, protests and such. She keeps the channel’s ratings high, and her boss Felix Winters reserves the choicest assignments for her, while he battles anxiety and chronic acidity.

Her daughter Faye, was raised by Alix’s mother Isabelle, and now that she has grown up, she in equal measure proud of and exasperated with her mother’s choice of career over family. Widowed early and disowned by her husband’s snooty parents, Alix loves her mother and daughter fiercely, but her work is her greatest love.

Felix tells Alix he has heard that the Vice-President Tony Clark, who is planning to run for the top office, is on the take. His image has, however, been whitewashed by his proximity to a much-revered leader Bill Foster, who was assassinated. His wife Olympia Foster, has turned reclusive, her only mission is to keep the progressive ideas of her husband alive. Clark is her only friend, and she does not know that her lonely but peaceful life is about to be upended.

When Alix taps her sources in Washington to find out more about Tony Clark—who has a trophy wife and a luxurious lifestyle—the FBI picks up the trail, and the matter is no longer a ratings bait, but one of top security. If a politician so high up in the hierarchy chain can be suspected of corruption, how much deeper could the rot be? As can be expected, Alix comes under threat when word of her investigation reaches the antagonist.

Steel has been a best-selling author for so long, that she could probably write a book like Dangerous Games in her sleep. Still, the relationships—whether personal or professional—are nicely depicted; the taciturn Ben turns out to be quite the hero. There are no real surprises in the book, and the bad guys are who you’d expect them to be, but Alix has all the makings of a franchise heroine, if Steel followed current trends. Who better than an intrepid journalist to expose the world’s ills?

It is an engaging read, because Alix is the kind of woman who is a role model for today’s careerwomen. However, her independence and love for her work is emphasized over and over again, as is Ben’s fierce privacy--the reader does get it the first time!