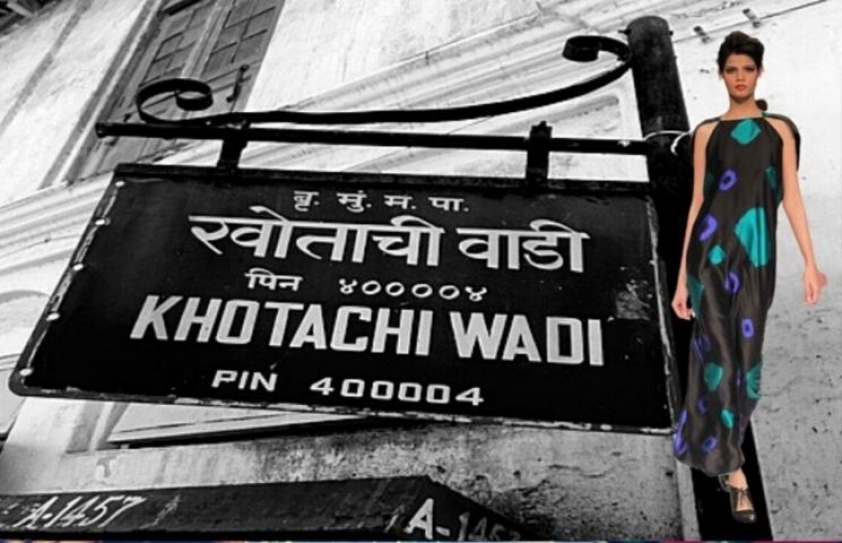 Khalid Mohamed profiles the pioneering designer James Ferreira, who has double-tasked as a warrior to preserve the two-centuries-old, Portuguese-style Khothachiwadi in the heart of Mumbai.

A grid of intertwined plots and subplots overwhelm at Khothachiwadi, a virtual hamlet in Girgaum and central Mumbai known for its Portuguese-style, vividly colored houses. Cut this grid with a scythe and I reach the 47-G bungalow, untouched by time.

That’s where James Ferreira rules. Indeed, demons and angels reside within fashion designer’s frail frame. The frailty is deceptive; his welcoming hugs are fleshy, often tentative, he’s hesitant of body contact, friendly but dictating the limits with an apology; sorry you must have heard so much about my sexuality, I’m comfortable with it, new friends like you aren’t. “Don’t want to scare you off,” he says seriously. I smile wanly, “Of course not, funny man. I’m not scared.”

In the course of the interview I conduct with James Ferreira, he’s a model of frank speak. Or so he believes. We touch the bases, talk shop, talk gloss, and talk bare essentials. The real James stands out only after months of chuckling interrogation.

It’s when he volunteers facts and thoughts, without being prodded, that I can affirm that he’s many people altogether, a one-man family. He has had to be that way. For years, he was accustomed to living alone with a pet turtle (named Myrtle) and his ageing mother who would play a card game of patience with herself in a sun-deprived room till she was alive. James was all his six brothers and sisters to her; he was also her doctor and nurse. The siblings have settled abroad or in other parts of India. If Ma Ferreira caught a slight cold, James Ferreira would sneeze.

The story of James Ferreira is of a survivor. He cries easily, his teardrops accompanied by a snivel, an effort to hide his emotional churning. He names the men he’s loved and fallen out of love with, not quite sure whether they could endure the truth-telling, those who have gone away, with the passage of time and illnesses, he names without demur. The dead aren’t likely to complain, not in this realm anyway. There could be an afterlife; there are no reservations from James boy on that possibility.

“I was so maaaad…ha ha,” he chortles, “and I still am.” Madness springs from a lust to be noticed, for attention collaring, a limelight moth with transparent wings. 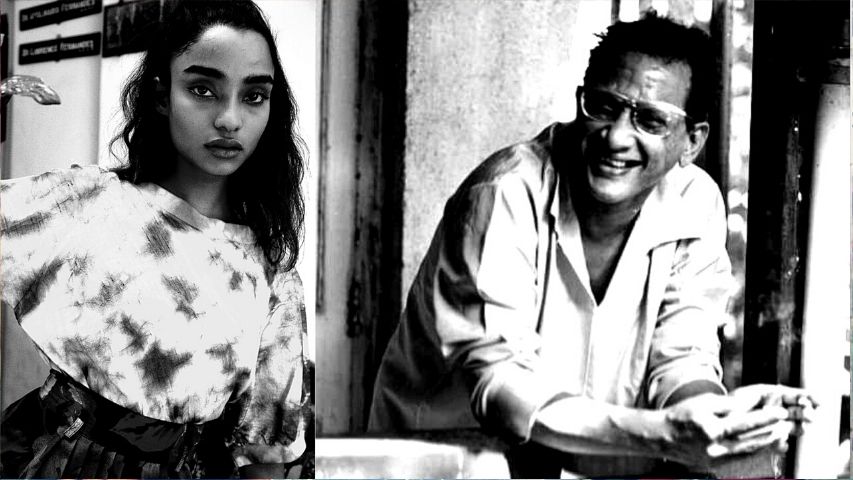 When I met him – he was designing costumes for my stage play Kennedy Bridge way back in 2011 - James Ferreira was being rediscovered, reappraised, he was busier than ever in his life, cutting black Coco dresses, feeling up patterned fabrics, dyeing unattractive bed-sheets into designer sienna shawls. He was persuaded to show of designs at the yearly Fashion Week, which is mostly dominated by Bollywood banshees who can’t tell the difference between paisley and Brinjal? Food columns featured him supping at the newly opened resto-bar.

Clearly, here’s a man who would be Fashion King. “What!” he protests richly, “You mean the man who would be Fashion Queen”, twirling the black cotton dhoti he always inhabits. The designs in his studio have a soupcon of the androgynous, delicate kimonos with muscular cuts, party wear hiding décolletage and gender-bender silhouettes that would have delighted Marlene Dietrich.

Meanwhile the Simon and Garfunkel song Bridge Over Troubled Waters, plays on loops from a CD rotating on a ghetto blaster player which could do with some sound tinkering.

The family of James Ferreira is Catholic of Maharashtrian descent. Other Ferreira’s, some of them related but tenuously, have apportioned acres and acres of family orchards, fallow land, farm stretches in the suburbs of Mumbai. If there were any acrimonious litigation, our Jimmy boy is amnesiac about them. More to the point, his brothers and sisters do come together on occasion. Christmas is the week of yearly reunion, siblings arriving at Khothachiwadi like birds who had lost their way.

Gay confessions, gay flamboyance, gay secrets, gay sensationalism, he can do them all. I’m careful about neither camouflaging James Ferreira’s homosexuality, which he displayed with a peacock’s pride at a time, even in the 1970s, when sexual preference was not only policed but also denounced as devilishly deviant. Now that closets are coming ajar, James Ferreira believes that this had to be, “But you know something? Years ago, we were much more funny, crazy, adventurous. Today if I were to walk into the Taj Mahal Hotel lobby wearing feathers, lipstick and chiffon, heads would turn, yeah, some would cluck their tongues. But there was a time, when they would faint, swoon…with shock.” 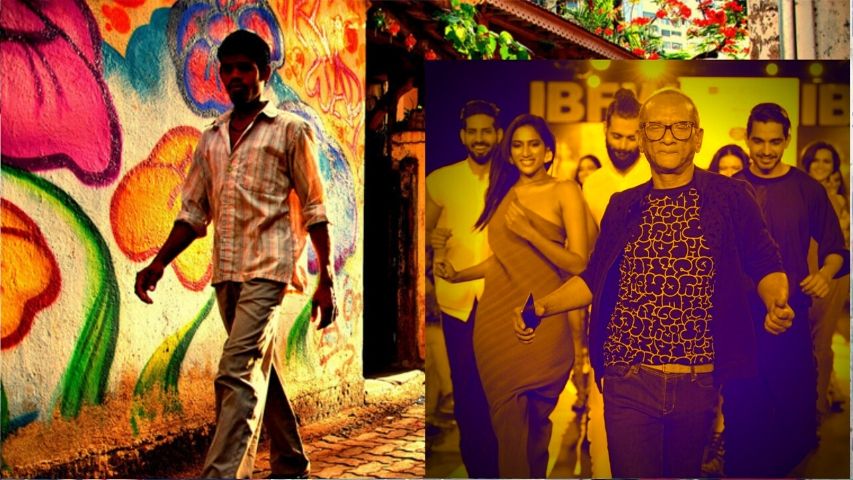 Besides his métier, he continues to be a fanatic preservationist of the centuries-old Khothachiwadi, a pile-up of cottages in a long and winding lane. Naturally, it is being constantly eyed by real estate developers of a city, where the nearby red-light district of Grant Road is also capitulating to offers they can’t refuse.

The Khothachiwadikars retain a major part of its antiquity and resilience. It’s quite a battle though; a traditional eatery catering to every stratum has closed shop and a shady nondescript hotel is believed that an underworld don owns it. A gazebo-fronted villa is unoccupied, giving rise to the conjecture that its owners have completed a hush-hush contract with the developers and fled.

Our man of fashion is a propagandist for classical architecture, a fighter.  His voice rises to Maria Callas level or it drops to a barely audible whisper. What he tells me is more than familiar to ye old fashion circles, but perhaps not to the current fashionistas. His father Owen, he narrates, was an Olympian hockey player and his maternal ancestor a Portuguese ambassador to India. As a kid, the parents were taken somewhat aback when he insisted on dressing up like Queen Elizabeth II to attend a birthday party in the neighborhood. From the outset, he was allowed to indulge in his whims, if he wished to be a Queen rather than a King, so be it.

Right from his school days, James began sketching clothes and stylized figures, and was influenced by the works of Pierre Cardin. No humdrum career-choice for him after graduating from the J.J. School of Art. After a stint with the legendary British designer Zandra Rhodes, he gravitated, during the mid-1970s, towards establishing his own signature in the fashion and textile business. His western silhouettes with a fusion of Indian elements have been retailed in major store chains across India.

He did dress up Bollywood stars for a clutch of films like Shahenshah, Khuda Gawah, Tarzan and Teri Baahon Mein but found the process tedious. “All those nakhras during the fittings would drive me up the wall,” he shrugs, “so no more movies for me.” He doesn’t bring up the fact that Frieda Pinto of Slumdog Millionaire has worn his creations. Perhaps because he’d like to discuss the ongoing effort by a group of which he’s a vociferous member, to preserve Khotachiwadi. “Over my dead body,” he exclaims. “We won’t let the real-estate sharks ravage our home ground.”

Today, Khotachiwadi under a lockdown is silent as a library. And I wonder what James Ferreira is up to. Is he here or at his favorite getaway, Sri Lanka? Have the ‘Save the Wadi’ meetings come to a halt? And does he still meet young men for a conversation in the evenings, a drink and maybe a bit of lovemaking? “Once a guy tried to get too tricky for his own good,” he had laughed during our conversations, “and I chased him out of the lane, although I was stark naked. You should have seen the expression on the faces of the neighbors – they were not shocked at all. They’re used to my tantrums.”

That’s James Ferreira then. Sixty-three years old now, he’s a creative mind and a good heart, which won’t allow his beauteous habitat – Khotachiwadi – to ever turn into a concrete hellhole.