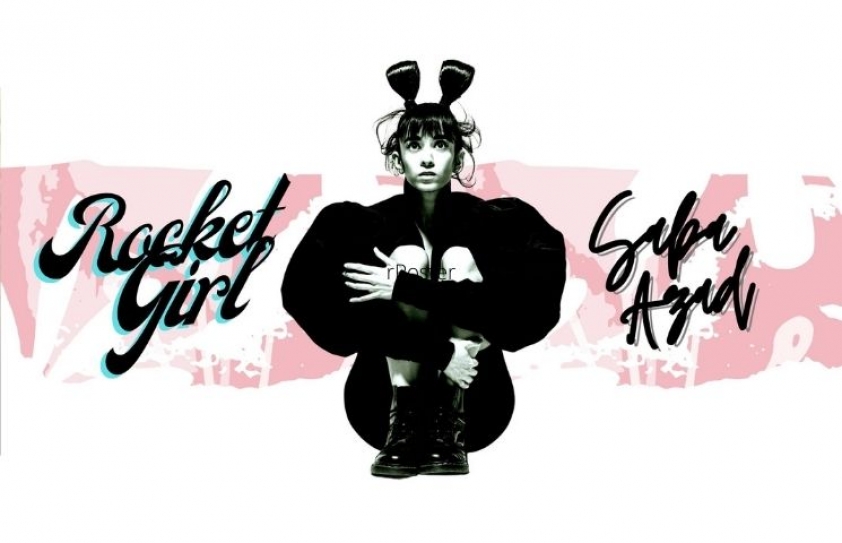 Khalid Mohamed interviews Saba Azad, the multi-faceted actor, dancer, theatre director, singer who made an impact with the series Rocket Boys, performs at rock gigs with her electronica-band Madboy Mink and more…

Saba Azad’s track record is staggeringly vast. To encapsulate her multi-layered personality and joie d’esprit in the course of a single cellphone interview is not exactly child’s play. 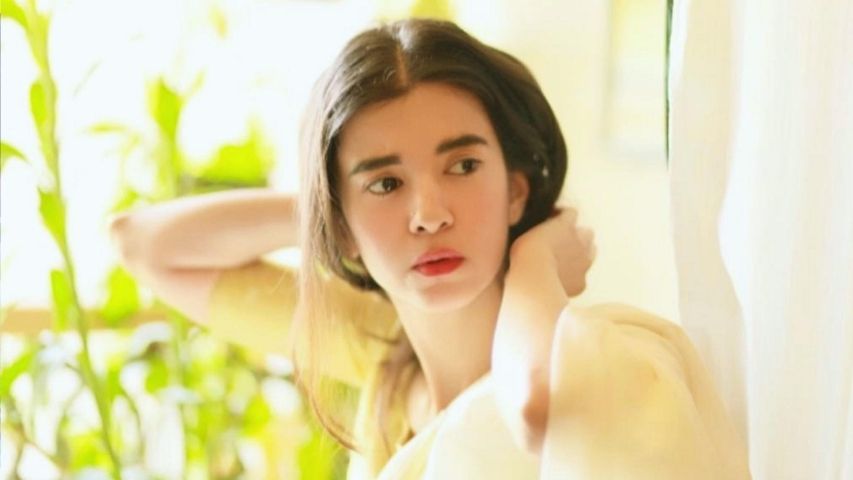 So, even as she’s being driven in a car from Mumbai to Pune to perform at a Madboy Mink gig, I do strive to interview her, never mind the incessant call drops, and hollers, “I’ve lost you”, “Your voice is breaking”, you know the drift. Her only caveat has been not to quiz her about her private life. Right, let’s go for the interexchange anyway. Excerpts:

How much has  family’s cultural background contributed to your evolution as an artist?

As a child, I used to live in New Delhi’s Greater Kailash Part II, my parents eventually moved to Gurgaon. At GK II, it was a khubsurat mahaul. My mother, Shehla Hashmi who’s a theatre person, cartographer and travel writer and now a potter, would take me straight after school to the Jana Natya Manch where theatre rehearsals would be on, puppetry sessions, script readings and so much more. My father, P.M.Singh Grewal, a teacher, is retired now. My parents weaned me on world cinema screenings, classic theatre and music recitals. Obviously, this has contributed immeasurably to my evolution and to my brother Samar’s, who’s a musician of film scores and original background soundtracks.

The school of thought at home was that children should not stay with their parents after growing up. As soon as I turned 19, I moved into a barsati at Khel Gaon.

How would you describe yourself at that point?

Extremely curious and hungry to collect experiences. The defining experience for me was to go out alone into the world. At that point, I was studying different forms of dancing at classes. I was studying history, but I’d be dozing at the back-benches.

I wasn’t a great student but I’d get through the exams.

I learnt choreography, in the process, too, and handled a show with 500 kids. Later in Bombay, I choreographed Bertolt Brecht’s The Threepenny Opera directed by Imaad. I guess ‘live’ performances became my tool kit. 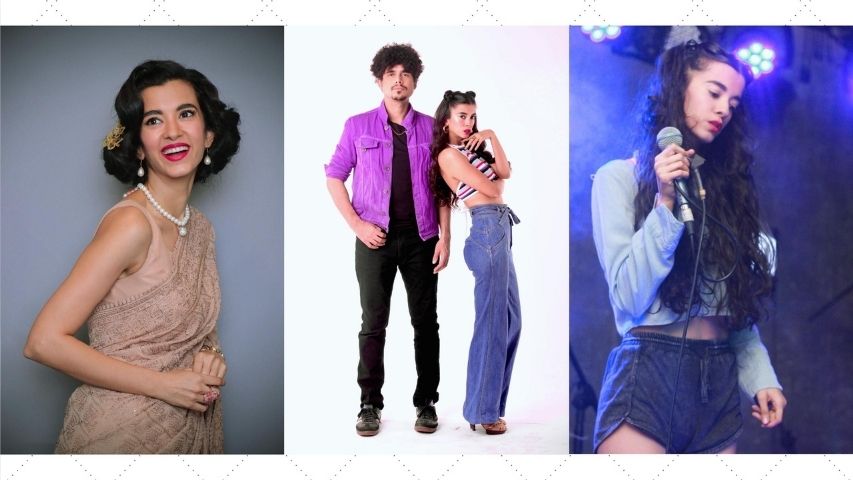 With so many varied interests, haven’t you ever wanted to focus on a singular discipline, find your niche?

No way! I’ve been asked this ever since I was a kid, but I’ve never wanted to compartmentalise myself. Whether I’ve been in an entire performance or just a single scene, that has helped me to put myself together. For me, the performing arts are mutually interdependent. It would be sad if I had to choose just one. So, if I act and do my music gigs simultaneously, they’re equally important.

I’d like to think that all of us are plural persons. Every human being has an infinite number of personalities. No no, not in the split Dr Jekyll and Mr Hyde way. I mean there could be 10 different individuals living within us. Without exploring each one of them, life would be far too boring, empty.

Do you have an evil side to you?

Not that I know of, where’s the time to be evil… or angelic for that matter. There are no blacks and whites, but so many shades of grey. Perhaps during this search, one can carry love,  develop friendships, and find lasting love.

As in with Imaad Shah whom you’ve been collaborating in the band and in theatre?

That sounds like a personal question. All I can say is that he’s sitting right next to me in the car on our way to the Pune gig. He’s always been my best friend and always will be.

Ha, you can tell him that. Yes, he is tough, just a little bit.

Who was your first crush?

He was a little boy in school, a generic little boy, I can’t even recall his name. I had a huge crush on him because he could run really fast. Yeah, like him, I was a school athlete as well. 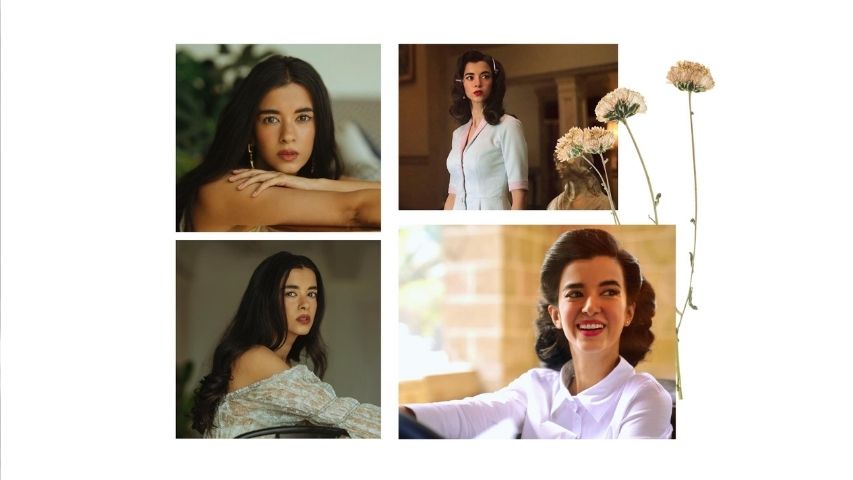 Can I take you back to your move from Delhi to Bombay? The city can be difficult for a newcomer.

I knew no one in Bombay, neither did my parents. I was aware that I was coming to Bombay without a protection umbrella. Yet there was no phase where I would say to myself, “Yeh lo, main kahan aa phasee.” Believe me, I didn’t come across any shady bombs, or go to shady places. I signed up with the Elite Modelling Agency. I rented a place at the Air-India colony in Andheri, was in Bandra for a while, and finally rented a place in Versova, where I continue to stay. Versova is lovely with its green stretches. It’s a trope to believe it’s a hang-out for strugglers.

My first friend here was cinematographer-director Sachin Pillai. Then the Madboy Mink band happened, followed by my adaptation of the play Love Puke by the New Zealand writer Duncan Sarkies. It’s quite a hysterical take on love and relationships within an urban milieu.

How did Imaad and you form a band?

Because of our common taste in music: Talking Heads, Steely Dan, The Rolling Stones, Nazia Hassan, Asha Puthli and Donna Summer to name a few. We make indie music… with disco beats like Sharaabi and some with political underpinnings like Fire in the Street.

Is there any money in that?

Young and dynamic independent music has been back in the forefront for quite a few years now. There’s plenty of money to be made, as much we need to subsist, live comfortably, in Bombay. There are endorsements, we’ve cut 3 EPs, called  Union Farm.

There are opportunities for playback singing, dubbing and we’ve contributed songs to the films Byomkesh Bakshi and Karvaan. Today, so many films don’t have a single composer, the songs come from various sources. In fact, there are music brokers who source tracks for films from independent musicians.

I’d say Bollywood has changed so much for the better. There are no more of those instructions to women actors like, “You’re too slim. Zara badan badhao!” 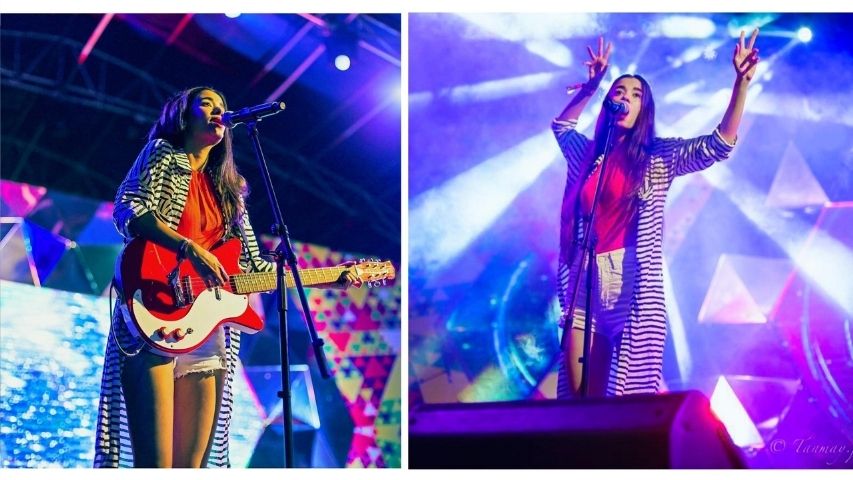 How do you look back on Dil Kabaddi, Mujhse Fraaandsip Karoge and the series Ladies Room?

With amusement. That was fun, I was medium rare. There was so much to learn, which is an endless process. Quite clearly, Rocket Boys has been my most rewarding experience yet. No longer in the part of a college student, I could access parts of my personality as an adult.

The scene where Homi Bhabha wants to propose with a ring and doesn’t at the last moment was pretty striking. But your response seemed to be cold instead of hurt.

It was a bittersweet parting, I’d say. The character as depicted, Homi Bhabha had bigger fish to fry. Pipsy was a lawyer, an independent thinker, she had to stay contained and move on regardless.

Would you do that in real life?

Absolutely not. Even though I strongly believe that marriage is an individual choice. Right now I don’t have the foggiest notion about marriage though.

How did you get The Rocket Boys role?

Through an audition. I don’t have any reservations about auditions, I’ve been through hundreds of them, only to be rejected.

Did you have any role models for Pipsy, a young Parsi woman?

For the longest time I’d be asked, “Are you a bawi?” I didn’t even know what ‘bawi’ meant. I would retort, “No, I’m a Kashmiri Sardarni.” For the role of Pipsy, set in the 1950s, I used a clipped, Anglicised accent, and tried to project a certain refinement and grace. I looked towards yesteryear actors Audrey Hepburn, Katharine Hepburn and Grace Kelly.

I didn’t go into much research and tapped my memory instead. Pipsy, unlike Homi Bhabha, Vikram and Mrinalini Sarabhai, was semi-fictional, an amalgamation of many women. So I had a freer hand to use my imagination than the other lead players did. Rocket Boys will be on the same lines for Season 2, which should be streaming during the second-half of this year. 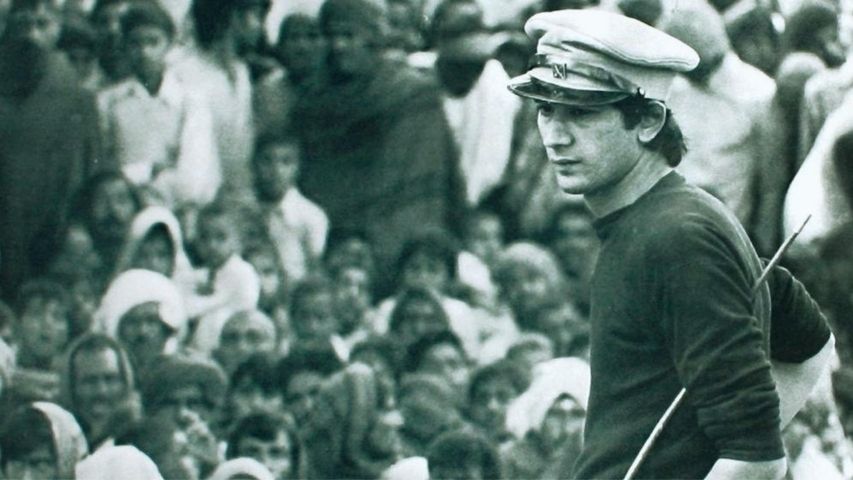 What else do you have on your plate now?

There are two projects, a feature and a short film, which still have to be announced. The pandemic has slowed down theatre work, Imaad and I are discussing a project for a better day, staging Waiting for Godot is one of the plays on our wish-list. We have music to put out together. Plus Imaad and I plan to make films together. I am sure he will be a terrific filmmaker, whether its mainstream or offstream. Neither of us even think of such categories.

Is he blushing on hearing this?

He’s not listening, he’s busy writing in a notebook.

Trick question coming up. Have you seen my film Fiza?

Of course, I have. Jaya Bachchan was outstanding.

(Pause) He was wonderful. Hrithik is a fantastic actor.

What would be your dream role today?

Roles in other languages since I’m fluent in Bhojpuri, Bengali, Punjabi and Urdu, in a role, which would not be of a polished, urban woman.

Generally, which are the three films, books and songs closest to you?

There are too many favourites. Top of my mind the three films would be Wong Kar Wai’s Chungking Express, Alfonso Cuaron’s Y Tu Maman Tambien and Fernando Mereilles-Katia Lund’s City of God.

The books would be Hanif Kureishi’s The Buddha of Suburbia, Gabriel Garcia Marquez’s Memories of My Melancholy Whores and Jonathan Lethem’s Motherless Brooklyn.

And the songs, Talking Heads’ This Must Be The Place, Jose Gonzalez’s Lovestain and Marvin Gaye’s Inner City Blues.

Is there a story behind Azad, the surname you use?

Azad was my great grandfather’s pen name, which was subsequently adopted by his daughter, my grandmother. And then by me, as my stage name. I loved the sound of Azad and what it meant. I thought it went with my spirit but also that it has an identity of its own. In the world that we live in today, the word entails so much more than freedom.

Lastly, how much have you been influenced by Safdar Hashmi?

Rajju Mama was an exemplar, so multi-gifted, he had so much drive.  He was a  playwright, actor, director, lyricist and theorist. His presence resonates in our house, among all in the family. I was a child when I’d be at his rehearsals and readings, so many of them for street theatre, usually in a garden space. The bus to take us back home was a 15-20-minute walk away. He’d run ahead with us kids, lifting us up on his shoulders.

His legacy to us has been of peaceful protest and to speak up against oppression. Art has to reflect the conditions around us.  He was taken away from us when he was just 34 but Rajju Mama can never go away. He’s with us even in his absence.