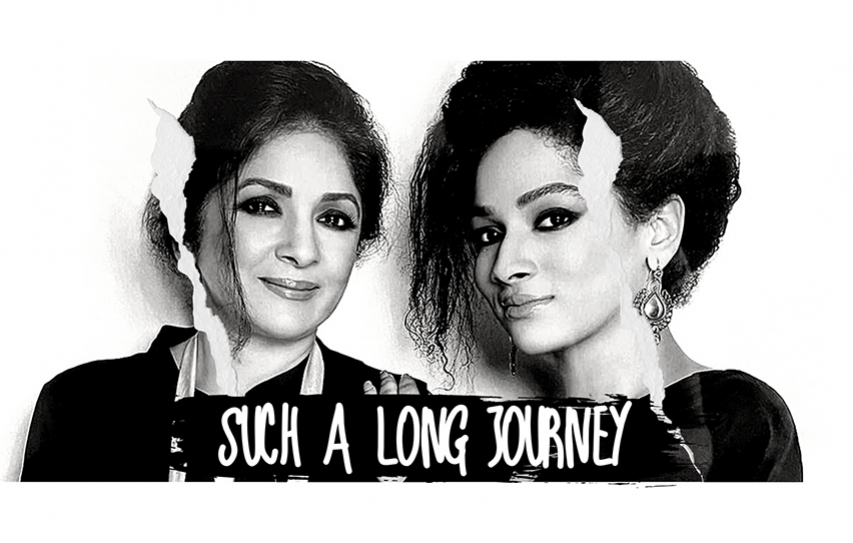 Actor Neena Gupta passed out from the National School of Drama in 1982. Her early acting phase coincided with the times when the dowdy sounding ‘art-house’ cinema had begun to gain popular viewership among the discerning and had come to be referred to with kinder names like ‘meaningful’ or ‘middle-of-the-road’ cinema. Films in this genre like Adhaarshila, Utsav, Jaane Bhi Do Yaaro, Mandi and Trikaal gave her the toehold to hang on - but nothing more. Also, in the 1980s, the television boom in India made Neena’s face an instantly recognizable one with the home-box viewers - be it the catchy Hawkins pressure cooker ad or TV serials like Khandaan and Yatra. While Neena never scaled stardom in either medium, she was able to create a different identity for herself - that of a gritty stayer.

In her newly released autobiography ‘Sach Kahun Toh’ published by Penguin Random House, career-struggler actor Neena Gupta unveils most of the things that one would have liked to know about her.

Neena starts with her childhood in Delhi and follows a linear chronological narrative with each chapter ending in a logical ‘mini-climax’ and segueing smoothly into the next. That Neena belonged to a middle-income Delhi family in Karol Bagh, where frugality was a need, is expressed through her vivid recollections of a modest home with an unspectacular kitchen, sleeping on the open terrace on summer nights, the song of the jamun wallah and the vendor who came a selling moong dal pakoda and red chutney on his cart. Her strong memory makes a positive difference throughout the book. 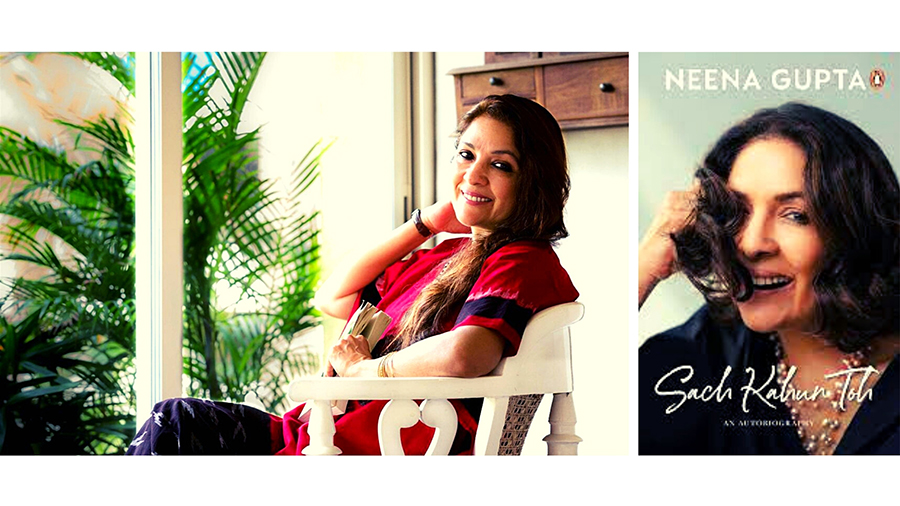 Curiously we see a young Neena continually coming across dysfunctional marriages and cheating partners - be it one of their Delhi neighbours or her classmate at NSD. Meanwhile in the parallel story track Neena delves on the trundle of her career - her love for Sanskrit and the enriching theatre stint in Delhi, her roles in art house cinema and then her relocation from Delhi to Bombay. She singles out the role of the nerdy, annoying girl in Saath Saath as virtually career-limiting for a long time, regretting not having sought proper advice before signing up for it. Her being forced to pick up bits and pieces roles in the hope that those would lead to something bigger, and to keep the home oven warm may well be the story of thousands of other strugglers.

She is also self-flagellating about her lack of self-confidence and her tentativeness. Even after being axed by Star TV later in her career, she blames none but her own naivety. There are dark revelations about her invitation to the casting couch by a Producer and the husband of a member of the Batwara crew excusing himself to believe that Neena was available for a night’s stand. 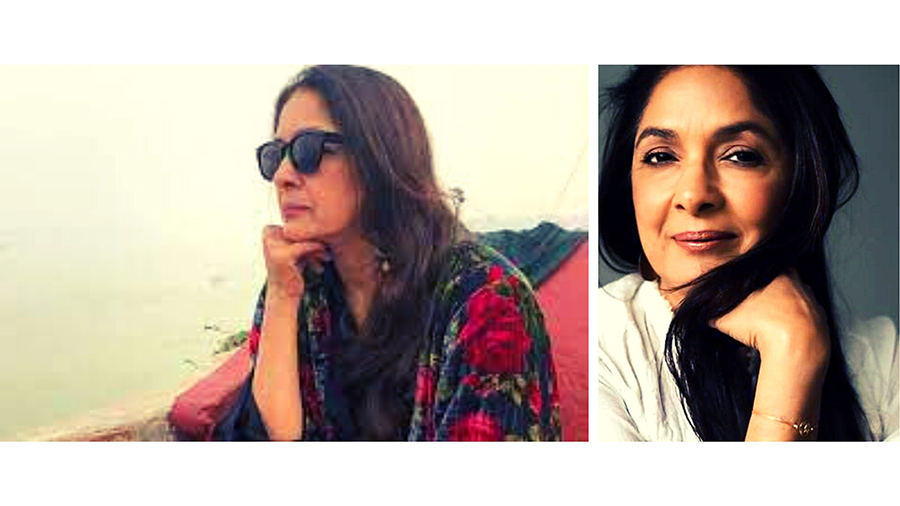 On her personal front, she is forthright about having been in several relationships. But what was not known was her trauma of being groped as a young teenager, having faced many rejections, being cheated on repeatedly in a specific relationship and, on another occasion, her fiancé calling off the wedding with no proper reason cited. What is thankfully missing in the story is the ‘all-men-are-bastards’ mawkishness. Here too, she blames only herself for her low self-esteem. In fact, she respects those who had harmed her by masking their real names. The much-awaited episode on Neena’s affair with Vivian Richards and getting pregnant with his child is handled matter-of-factly as ‘We met, we had an affair, we had a child’. As simple as that.

The easy flowing and chatty style of narration is punctuated by many mirthful moments. Be it having a crush on a crew member who she did not know was gay, or coming close to slipping while spending an evening with Vinod Khanna in his hotel room or being ticked off by Shyam Benegal in Goa for having sunbathed without his permission (her body tan creating a continuity problem) or being advised by a man on the street to ‘please have a child’ when her role of the rebellious Ketaki in the TV serial Khandaan had made her famous; the anecdotes are hilarious and are placed at the right places to lighten the mood when things get serious. 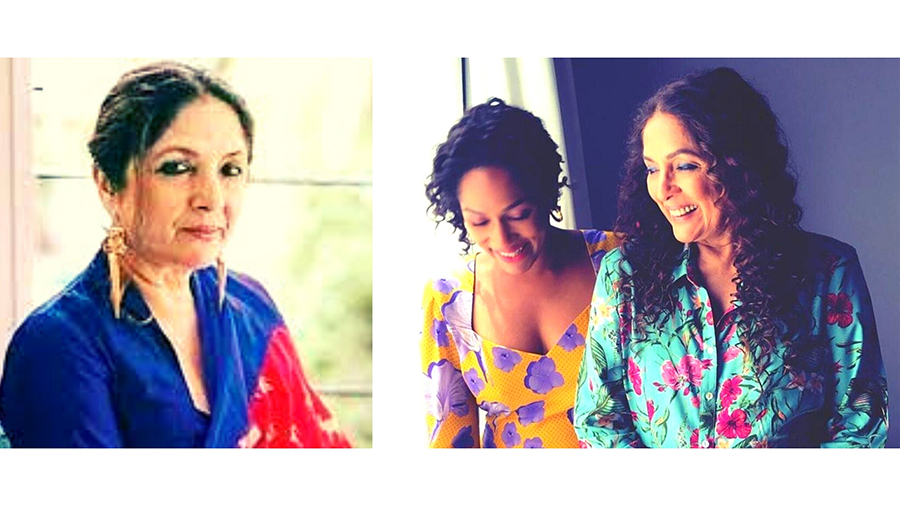 The editing could have played a bigger role. There is this contradiction about Neena’s mother. It is claimed that she was a conservative lady and hence disallowed her daughter from attending colleges like Miranda House and Lady Shri Ram because these represented ‘poshness’ and the girls were ‘modern’ because they wore stylish western clothes. Two pages later it says that Neena’s mother loved to buy her trendy, fashionable clothes including sleeveless and sexy tops with spaghetti straps.

The adjective ‘really’ has been used very often as if one could not think of another adjective. ‘Bellbottoms – the hottest trend’ being repeated within two pages of each other is another example. The adjective ‘wonderful’ has been used to describe Deepak Qazir, Nikhil Bhagat and Shankar Nag. And these are in addition to a ‘…wonderful conversation with Mr. (Satyajit) Ray’ and, in the very next sentence, Neena ‘…. feeling wonderful’ about her experience of working in Calcutta. And someone should have seen this - ‘very fond of’ is mentioned four times in three successive pages.

But overall, Sach Kahun Toh is an honest, engrossing tale of a life-long struggler and not a star. It is her catharsis where the controlling idea is: “Dig in and fight with faith. Careers look good only in retrospect”.