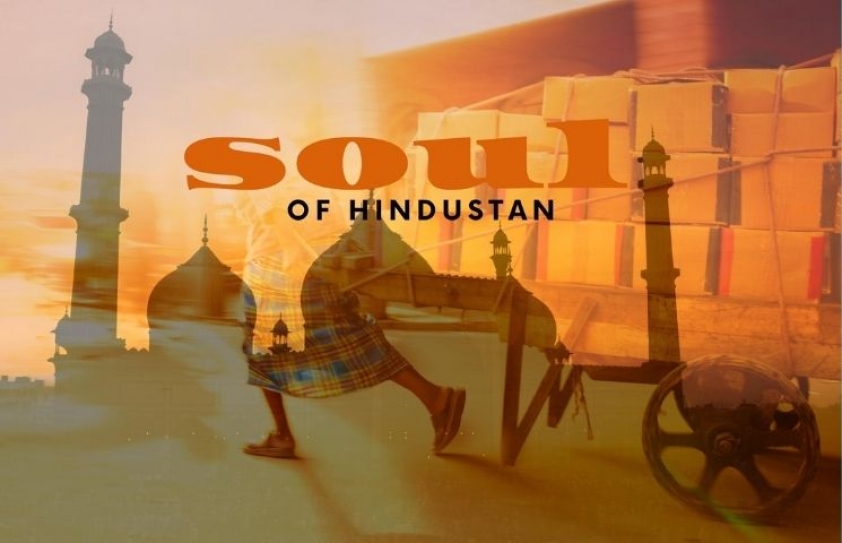 Today Humra Quraishi brings alive the beauty of great urdu poetry translated by Sanjiv Saraf and flows to the soulful strains of Drupad that led to her meeting with the amazing couple Sangeeta and Ashok Mathur.

In the  backdrop of the column I wrote  last week, where I mentioned that Kaifi Azmi sahib told the Varanasi based academic, Mohamamd  Arif, to focus on the historic tales of  love and romance as against tales of violence, this week let me focus on Sanjiv Saraf’s recently launched  book, Love Longing Loss in Urdu  Poetry (Rekhta Books).

Yes, Sanjiv Saraf is the man who set up the Rekhta Foundation, for his love for the Urdu language and poetry. He is passionate about the Urdu language, hosts Lit festivals and events, publishes Urdu Literature and preserves the Urdu text. He brings into focus the sheer beauty and the expanse of Urdu poetry.

And in his latest book, Sanjiv Saraf has translated the Urdu verses of legendary shayars/poets Meer, Ghalib, Momin, Dagh, Faiz, each of them dripping with emotions, passion and romance. A labour of love from  someone who has experienced the many emotions, Sanjiv writes in the  introduction, ‘A Personal Note’: “This  book would  not  have been possible without experiencing the ups and downs, highs and lows, the agony and ecstasy, that love, and only love provides. Sensitivity to poetry, a real empathetic understanding comes only if one has undergone or, as is extremely rare, has the ability to imagine such emotions.”

Sanjiv is a born romantic. He says it loud and clear: “I too have been grist to the mill of romance. Having been through the entire gamut of highs and  lows - infatuation and rejection, marriage and  separation, attachment and alienation - I have been grounded quite fine and I am somewhat attuned to the emotions and nuances of love  poetry. It is this understanding, which I wish to bring out in this book. Those who have experienced romance might identify with various shers included here. Those who have been differently fortunate can live vicariously through these shers.”

This volume is definitely for the romantics. Also, for the non-romantics. In the hope that they turn romantic after reading these verses soaked in want, love and longing… and also loss!

But I will take you even further… along the lanes and bylanes of Old Delhi to the unexpected. 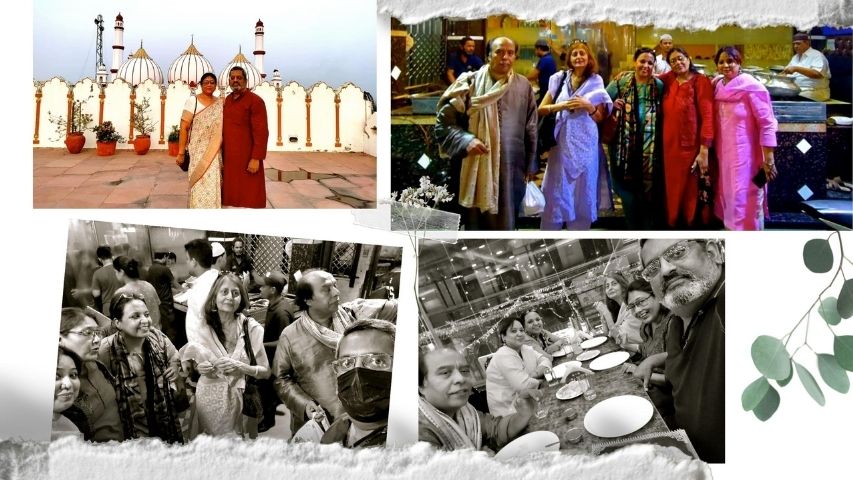 Every year, on 7 May, the Dagar family hold their annual Dhrupad concert at the  India International Centre in memory of the famous Dhrupad artist  Zahir-udddin Dagar. This year too the concert was held last week with several dhrupad artists, including  Zahiruddin Dagar’s nephew and head of the Dhrupad Society of India, Wasifuddin Dagar paying homage and coming  up with a soulful touching tribute. After all, Dhrupad rendering touches the soul, takes one far, far beyond.

As I absorbed the soulful strains of Dhrupad, I all too suddenly realized that I had to board the Metro as it was getting late, so I quietly went towards the front row where Wasif’s sister Qamar Dagar was seated to tell her that I’d  be leaving early. She told me they’ll drop me back as they had recently shifted to Gurgaon. Great for me, so I stayed till the end of the concert.

And then, as we were to start our journey back to Gurgaon, there was a dinner invitation for the Dagars from their friends, Sangeeta and Ashok Mathur. This couple wanted us to have dinner with them in one of the Old Delhi restaurants, as they reside there and are familiar with the eateries. So we went along. The six of us, Wasifuddin Dagar, his sister Qamar Dagar, who is the well-known calligrapher of  New Delhi, Fauzia, Dastango who is  the famous dastango/storyteller and she is perhaps the only female storyteller in the country, and of course, the hosts.

I was meeting the Mathur couple for the very first time. Within minutes I was comfortable in their company as they are genuinely warm and traditionally cultured. They seemed to know all the lanes and bylanes of the Old city. They took us to the Jawahar Hotel for dinner, ordered non- vegetarian fare for us but only dal and paneer for themselves, as they are  strict vegetarians, introduced us to an amazing paan shop called ‘Shahi  Andaaz’, where the paan is not handed to you but  placed right in one’s mouth! They showed us around the numerous shops in the traditional Matia Mahal and Chitli Qabar bazaars, just opposite the  Jama Masjid. They had so much to tell us about Old Delhi and so very gently. It was a fairytale experience.

The Mathurs are subtle about their khandani background. It is later that I discovered they reside in a traditionally built haveli in Roshanpura,  just off the Nai Sarak area of Old  Delhi. Before  I move  on, it is  significant to  focus on Nai Sarak as it has always been famous and known for its book stores. Proud and confident of their traditional heritage and of their Old Delhi  roots, their daughter Shubhra is the fifth generation residing in the haveli, which was built by Ashok’s grandfather’s uncle who had shifted to Delhi from Madhya Pradesh’s Mandsaur. Ashok informed us that although his ancestors were in different professions they remained committed to traditional music and classical art forms . To this day, the Mathurs hold classical music baithaks in their home and see to it that the cultural cum social and cuisine traditions of Old Delhi remain intact and vibrantly preserved.

After meeting Sangeeta and Ashok  Mathur I was reminded of this verse of Bahadur Shah Zafar (1775-1862), the last Mughal Emperor who ruled from Old  Delhi. Read his verse ‘Ode to Hindustan’ and you will see how passionately he loved his country: Matchless is the soil of Hindustan/In it grow love, compassion, fidelity//As sure as the sun rises from the East/So surges from this land sincerity//This is the true seed of Hind and from its earth/These fruits have spread across the world, far and wide.