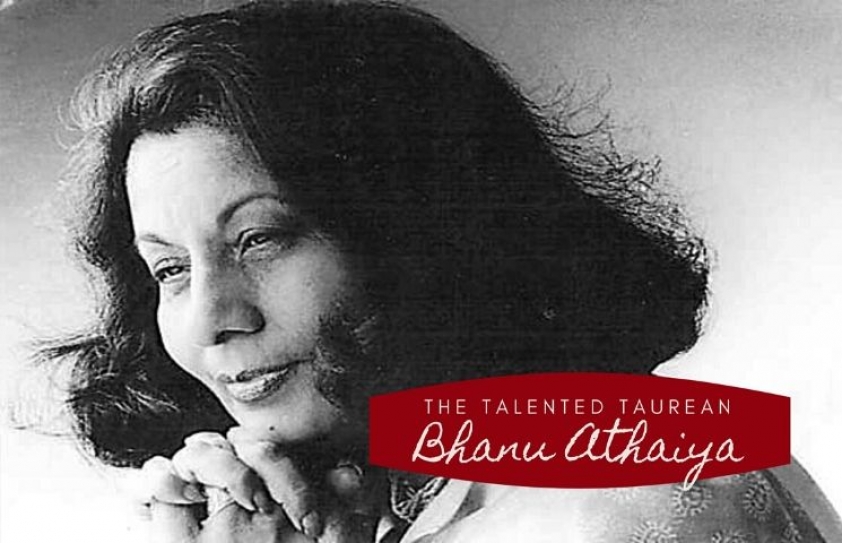 Bhanu Rajopdhye Athaiya was born on April 28, 1929 in Kolhapur. Humra Quraishi interviewed Athaiya around  the  Spring  of 2010, soon after  her  book The Art of Costume Design (HarperCollins), was  launched in New Delhi. Bhanu Athaiya  needs no introduction - she is India’s first Oscar winner and she was the one selected by Lord Richard Attenborough to design costumes for his film Gandhi. 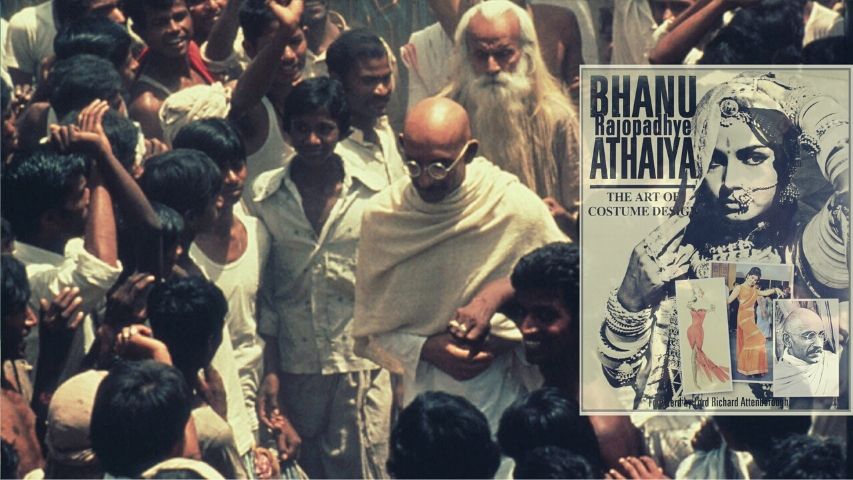 Here are some excerpts from Humra Quraishi’s interview with her:

You have designed costumes for almost all leading Bollywood men and women. Recount some of the tough times when some of those filmi personalities acted difficult and fussy. How did you handle some of those hyper actors and directors?

At the outset, I do not acknowledge the term ‘Bollywood’. The film industry has given me a platform to express my ideas. I joined the films because of my love for creativity, which I expressed through my costumes. All my directors and actors whom I have worked with through the years appreciated my ideas, put their trust in me and gave me full scope to express myself freely. At no point was I ever a part of this industry for anything other than work. I would wake up with work on my mind, go to my workshop where my hands were full with multiple projects and after that I would have to go to a set. There was no time to take notice of anything else. I am a directors’ designer and I follow their dictates when coming up with the right contribution to suit the characters. I have had the most fulfilling and fruitful journey in the movies. And I continue to do so.

Who all from the new crop of actors are you ‘dressing’ up currently?

As you would know, some projects can be spoken about and some cannot. While there are projects with me, they have not yet begun for whatever reason and I cannot divulge information about them. Meanwhile, I am doing a Marathi film (Marathi is my mother tongue) called Swadesh. It stars Dr Sriram Lagoo, Sulbha Deshpande, Milind Soman, among others. It is directed by Jayprad Desai. I have worked for two well-known Marathi films, one of which won me the Maharashtra state award for Katha Don Ganapatravanchi for Best Costume. As and when the other films start and move nearer towards production, their details will be disclosed.

You designed costumes for the film Gandhi. Were you given absolute freedom or were there inputs/directions from Lord Richard Attenborough?

When Lord Attenborough chose me to work as a costume designer for his film Gandhi, he handed me the script to study and then went back to England to carry out other responsibilities pertaining to the film. He returned in time to report for the first schedule of shooting.

Meanwhile, I was given total control of designing the entire wardrobe, right from Gandhiji’s character to other principal characters and the huge number of people who comprised the crowds. It required a deep study of Indian culture, which is my forte. It was my job to do whatever was required. The film covered 50 years of Gandhiji’s life span. It demanded the changing looks from several regions of India over a period of 50 years. Right from Gandhiji’s South Africa days, where one saw him in an anglicised look, to the changes that took place post his return to India to the stage where he dressed himself in a loin cloth and shawl, I was solely responsible for creating all these looks as well as the other characters and background - the entire canvas. Lord Attenborough left all research, planning and execution in my hands. There was no question of any interference because in the Hollywood model of filmmaking, each Head of Department is given absolute freedom and charge. 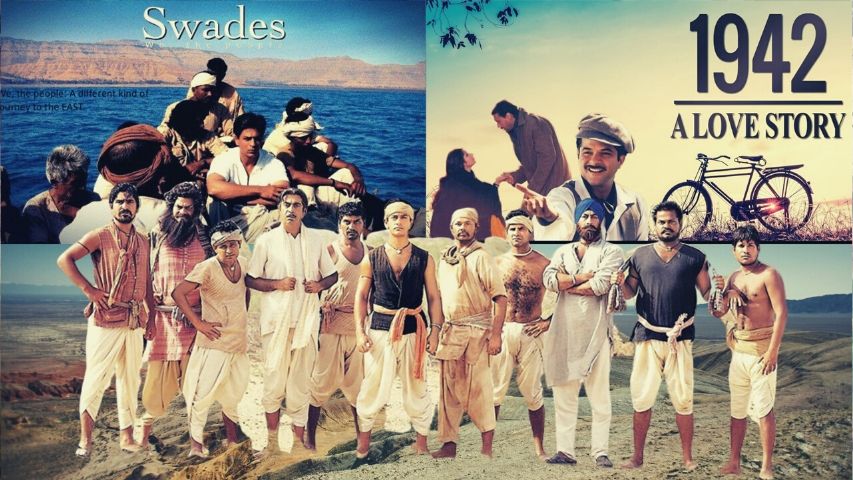 Looking back, do you think the earlier era was better for creative people connected with the film industry - better for genuine creativity to come to the forefront in the actual sense of the term?

I have worked with great directors like Guru Dutt, Raj Kapoor, Yash Chopra, Ramanand Sagar, Conrad Rooks, B. R. Chopra, among others. In recent times also, I have been fortunate to work for Ashutosh Gowarikar for his films — Lagaan and Swades. They trusted my ability and allowed my creativity to design costumes for their diverse characters, each with appropriate looks, which is more important for a film.

There is no right or wrong time for ‘genuine creativity’. It depends on how you choose to express it. I wanted to handle each film entirely. My forte is to take control of each and every character in the film so that I can have the full cake, rather than just a slice. Good projects came my way earlier and continue to do so. These projects, both of the past and present, have great substance and scope to show creativity.

Do you agree with the oft-repeated comment that professionally successful women suffer on the personal/home front?

I have handled both my professional and personal fronts without any difficulty. I am focused on whatever I do and believe in time management.

Your book starts with your (ancestral) family’s journey from the heart of Uttar Pradesh to Maharashtra via Central India. In this context, comment on the rather controversial-cum-provocative slogan, Mumbai only for Mumbaikars!

There is a misconception among people that I am from North India when the fact is I am a Maharashtrian, born in Kolhapur. My ancestors came from a Maharashtrian Pandit family. Their vocation of mastering scriptures took them from Central India to Benaras, which was the seat of learning. Then, the Maharaja of Chittor, invited them to be part of the court of the royal family. Chhatrapati Shivaji Maharaja’s ancestors were part of that royal lineage, who later on moved to Raigad in Maharashtra, taking along my ancestors. Eventually, Maharani Tarabai, daughter-in-law of Shivaji, founded Kolhapur and my ancestors came along with her to work in this princely state. It is a misconception that I am from UP. Let me clarify that I am a Maharashtrian all the way. So, it would be unfair, unjustified and uncalled for when you compare my family’s association with Maharashtra over hundreds of years with the migrant issue of today, which you are hinting at. 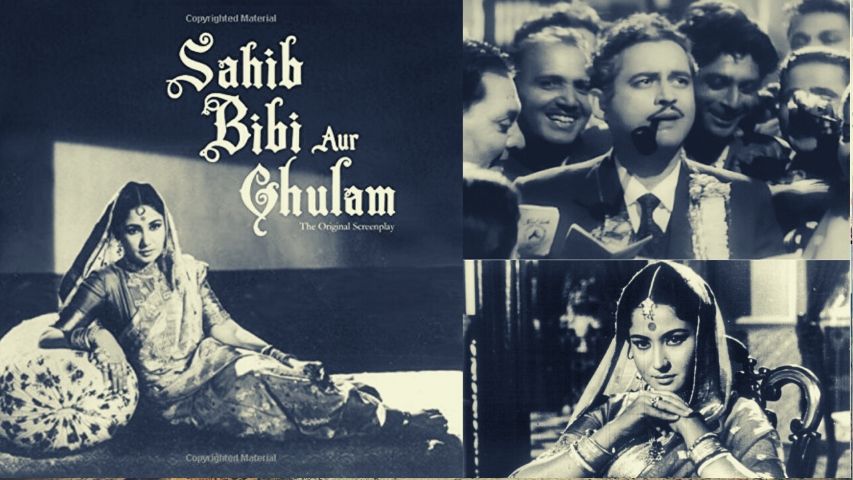 Tell us those traits that made you achieve tremendous success as a designer? Also, how did you deal with the hurdles that must have cropped up?

I have studied art and also a deep study of culture. I keenly observe life around me and absorb from it. I am willing to go that extra mile to acquire information required, to achieve the best for the job I undertake. The traits that make me a success are hard work, dedication, obsession, passion and positivity.

How did I deal with hurdles? I never took notice of any of the hurdles. I kept my focus on the goal I had to achieve and did exactly that. The rest faded into the background. I am like a soldier who has to always be on the toes. Like I had said earlier, I never had time for negativity. I never let anything interfere with my work. 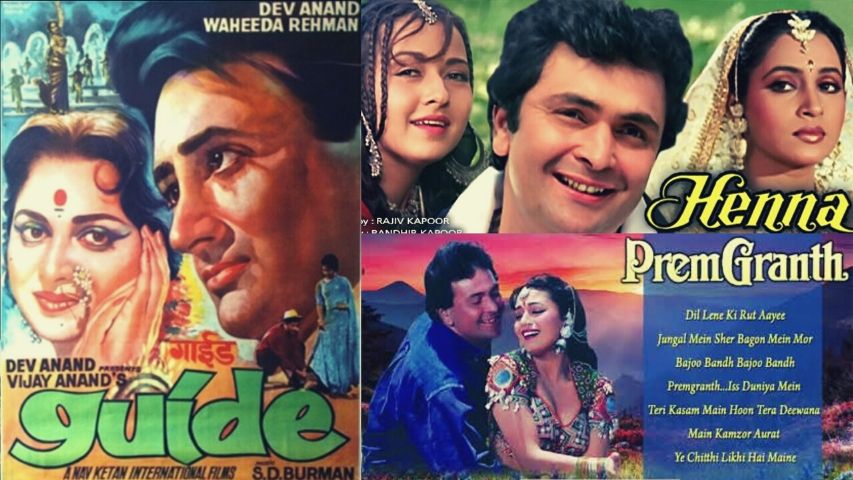 With which stars and directors did you establish a bonding-cum-rapport and for whom you enjoyed working?

Like I had said earlier, directors and actors gave me an opportunity to showcase my talent and I managed to live up to their expectations. My work spoke for itself and it was this that led us to have many associations down the years. So, I ended up working repeatedly for many directors over a span of four decades. Some of these directors include Guru Dutt, with whom I did five landmark films. Raj Kapoor, with whom I also did a number of memorable films. Other names include Yash Chopra and B. R. Chopra on whose path-breaking films I worked. Additionally, people with whom I have shared great rapport include Ramanand Sagar, F.C. Mehra, Lekh Tandon and Dev Anand. The list goes on! They were all happy with my work and I was thrilled to be working with each of them.

Among the stars, I worked with Waheeda Rahman on many films, among the memorable ones being Guide. Hema Malini, Kamini Kaushal, Zeenat Aman, Simi Garewal, Sunil Dutt, the Kapoor family among many others. With all of them I share happy memories and good friendship.

It is said the film industry is ruthless. Comment.

I have never encountered this in my work as you can see by the way I have written about my association with the film world above. Had it been ruthless, I would not have been able to do all the work I did and finally talk about it in my book.

The latest projects you are working on?

For the last two years, I have been busy with my book which needed total attention. Now that the book has been published, I have started accepting new assignments.

I have also been approached for some exciting projects. There is one Marathi film in progress. I am also studying some scripts for a couple of Hindi films. I have also started work on putting together my second book.

Do you consider age or ageing to be some sort of hindrance?

I am full of enthusiasm when I wake up in the morning. I am bubbling with ideas and am anxious to get busy with creative activities. There is never a dull moment for me. I get along with young directors, am open to new ideas. I travel a great deal and am ready to absorb new ideas and enjoy being on the job. In the creative world and with creative people, there are no limits of age and such issues. Creativity knows no age. I have the frame of mind of a 16-year-old and I am always ready to fall in love with life.