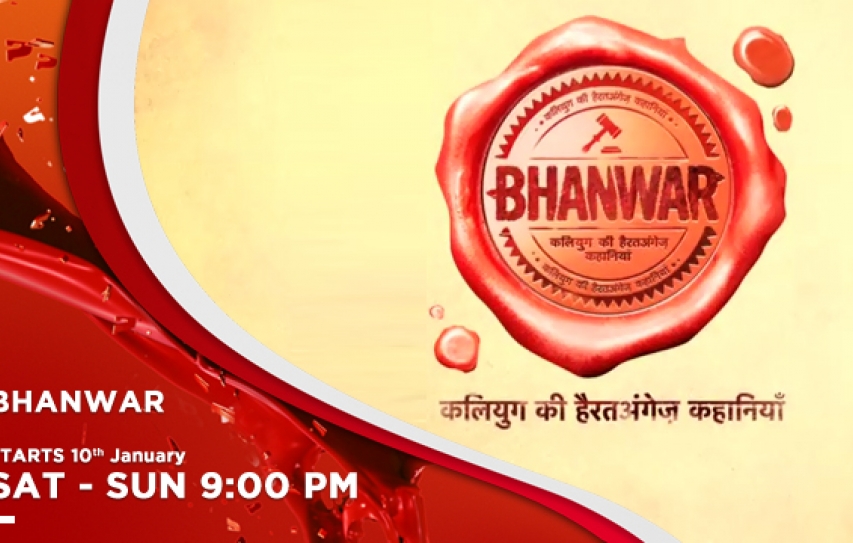 Last Sunday night, after the Roop Kanwar case, Bhanwar went back to another landmark in judicial history. The last jury trial in India. In the early 1960s, India notably Bombay ??was rocked by a murder trial ? a crime of passion; where, the accused was Commander Nanavatty, a war hero. On account of his long absences from home, his wife was having an affair with Prem Ahuja, a family friend, and a divorce was on the cards. When Nanavatty accosted the friend of his intentions for his wife, he discovered that the man wasn?t going to really marry her. In the ensuing scuffle for the gun, which the commander had carried, and Ahuja was going to shoot him. Nanavatty wrested it from Ahuja?s hand and shot him three times. He left the scene of the crime, went to the Naval HQ, confessed his crime and then surrendered to the police.

Commander Nanavatty faced a Jury Trial. His war hero status, made his case high profile, with the media blitz and society buzz. The weekly tabloid Blitz gave it a front page status and probably boosted its circulation with its reportage. The media hype and social outcry influenced the jury to pronounce their verdict as Not Guilty.? The prosecution argued that the jury had been misled by the presiding judge. The court dismissed the jury's verdict and the case was freshly heard in the High Court.? The Indian government abolished jury trials after this case.

The ensuing trial in the High Court held that the murder was premeditated and sentenced Nanavatty to life imprisonment for culpable homicide, and the Supreme Court of India upheld the conviction and sentenced him to life imprisonment. Nanavatty spent three years in prison. Prem Ahuja's sister Mamie Ahuja was persuaded to forgive Nanavatty. She gave her consent for his pardon in writing. Vijaya Lakshmi Pandit, then Governor of Maharashtra, pardoned Nanavatty. The latter migrated to Canada with his family.

The episode of Bhanwar -- The Syrus Irani case, shows a naval officer killing his wife?s paramour, he surrenders himself and stands trial. It focuses on how the media hype influenced the jury members, who pronounced the accused Not Guilty. The victim?s family goes in appeal and the erstwhile officer is retried with a bench trial and sentenced to life imprisonment.

The Syrus Irani case did touch on the relationships and the events, but played down the drama, and concentrated on the legal issues. It?? ?highlighted it as the last jury trial in India.

?On Life Ok, Mahakumbh- Ek Rahasaya, Ek Kahaniis preluding a maha face off between the Garudas, the Snakes, and the Swami-Grierson army. Rudra takes a rebirth to become infallible as Mai Mui has as Bhairavi. Rahil Azam, one of TV?s finer actors in negative roles, as Dansh will oppose Rudra in his mission to save the Amrit.?

?I wonder how channels expect some of their class shows to make a point with the viewers without a repeat telecast. Take for instance, Code Red which has a 10.30 to 11.30 pm slot. At one time, it had an afternoon repeat, which now it doesn?t enjoy. Some of the episodes are superlative, so if one is really desperate, like this writer is to catch the episode aired on March 24th featuring Sarita Joshi, you could get it on the net. I haven?t been lucky with that either. Yet, Comedy Nights with Kapil is repeated ad nauseum. Same is the case with Sony, who hasn?t slotted a repeat for their newbie Dil Ki Baatein Dil Hi Jaane.

I must hand it to Doordashan. When Plus Channel?s A Mouthful of Sky was telecast in the late night slot in early 199os, the national broadcaster slotted it in a day time slot too for viewer convenience. When they telecast Shanti and Swabhiman as afternoon soaps, they gave them an evening repeat telecast. Those days, DD probably didn?t have a marketing team, but those Mandarins at Mandi House knew a thing or two about vieweing habits in the small cities and towns of India.

The lack of a repeat telecast for Dil Ki Baatein Dil Hi Jaane and Itna Karo Na Mujhe Pyaar?? was pointed out by Anita, my maid who has gone for her annual leave, she was cribbing that when Dil Ki Baatein Dil Hi Jaane is telecast at 9.30 pm her village is plunged in darkness and there is no day time repeat. ?Her family just about manages the 8 pm episode of any serial that catches their fancy. ?Maybe she can at least watch Itna Karo Na Mujhe Pyaar in the 8 pm repeat.?