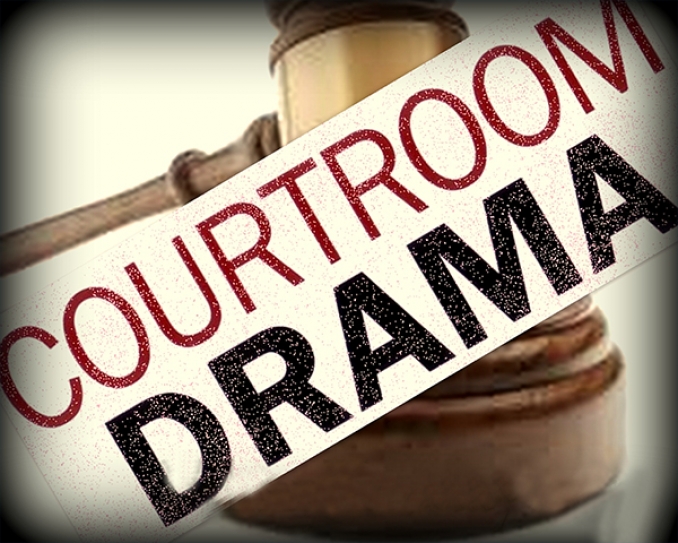 Advocate KD Pathak played by Ronit Roy is a suave, witty and unconventional lawyer who is known to get his clients out of the tightest of situations. His success rate of acquittals is 100 percent. Importantly, KD stands not for his client, but for Justice. KD?s team is Varun Zaveri his assistant ever on the move, Mrs Billimoria his personal secretary and mother hen and Inspector Shrikant Dave.

On air since 2010, Adaalat has regaled viewers with action in and out of the court room. What takes Adaalat to the hearts of its viewers is the courtroom bonhomie and banter with the public prosecutor ? his kingpins being I M Jaiswal played by Anand Goradia, particularly . The two are a Tom & Jerry act. Pathak has an unerring eye for detail which leads to the all important clue. His insatiable thirst for knowledge makes him familiar with the subject or profession of his client. If and when he doesn?t know enough, he covers it up with a bit of street-smartness.
KD steps into a case when all is doomed for the accused. . When the prosecution has prepared a water tight open and shut case, where even a blind man can tell that the accused is guilty, then KD inevitably performs a miracle. No one can see the case from the angle KD does. He digs fervently for loopholes in the prosecution's case much to their frustration. Thinking on his feet, he manages to turn the entire case around. Often through histrionics, magical gimmicks, etc. which the Judge does not approve of! All told, Adaalat has that touch of class, thanks to KD Pathak, or should we say Ronit Roy. And it?s all fiction.

In contrast, Bhanwar which is a courtroom docudrama deals with landmark cases and the flaws of judicial system in India, which changed the face of the judiciary. It has been revived after a decade. A shifting cast has denied Bhanwar of viewer loyalty. The early episodes lacked the production finesse and were lost among the shoddy grandstanding by the actor- lawyers. If however the episodes held interest was because of the content. Now there is some semblance of order with the arrival of Tarun Khanna as the defense lawyer and Surendra Pal.

Bhanwar is the enactment of real-life stories, which shock, intrigue and amaze viewers. The court cases are used as a narrative to bring alive the grim reality of changing relationships in today?s society. One of the recent episodes dealt with ragging in schools, where a student could have lost his life as he hung himself. Another was a case where the teacher was running a prostitution racket.

Bhanwar may be low on production design, by default it is designed to stimulate interest in past cases. Bhanwar?s star attraction is its content. It?s for hardcore courtroom drama aficionados.

Since one follows the other, you don?t have to really choose. It?s a double bill.