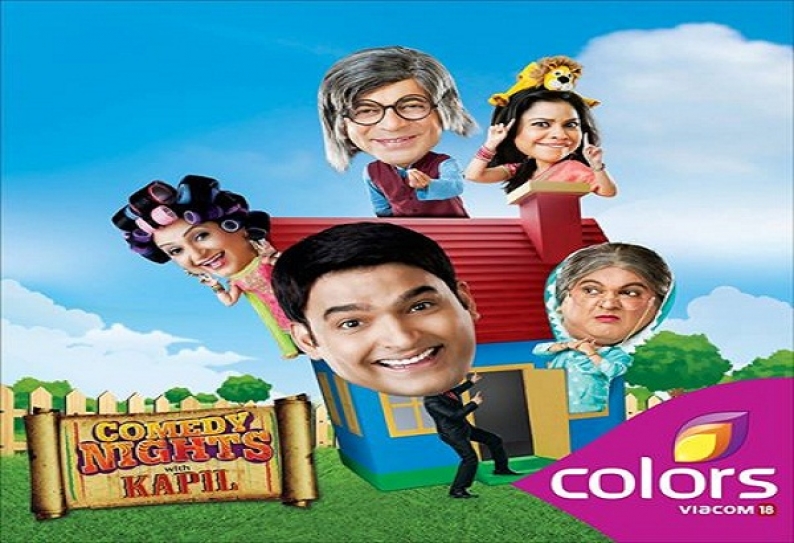 ONE UP ON KAPIL SHARMA

Watching the Mahashivratri special episode of Comedy Nights with Kapil, it was evident that the two child actors of Colors prime time shows enjoy immense popularity; and why not? Both Spandan Chaturvedi (Udaan?s effervescent Chakor)? and Siddharth Nigam (the cocky young Ashoka from?Chakravartin Ashoka Samrat) rate high on popularity charts because of? the natural candor with which the two young actors have excelled in their roles; and as we saw on Sunday night,? off-screen too. Neither youngster went on the back foot with Kapil Sharma?s questions, they quipped back to Sharma with utter ease.

Methinks, the two beat Kapil Sharma at his own game.? Spandan prodded Kapil about why he isn?t asking questions and how many questions did he have! She did a Siddhu on Navjot Singh Siddhu.? Siddharth too didn?t spare Kapil as he parried with the host. What was striking was the self-confidence with which the two young actors performed in front of a live audience. It?s one thing shooting a scene and it?s another thing going live. Sometimes adult actors have barely scraped through Kapil and Sidhu?s comedy,? going weak in the knees. But these two came out trumps brimming with confidence and energy, letting their talent speak loud and clear. 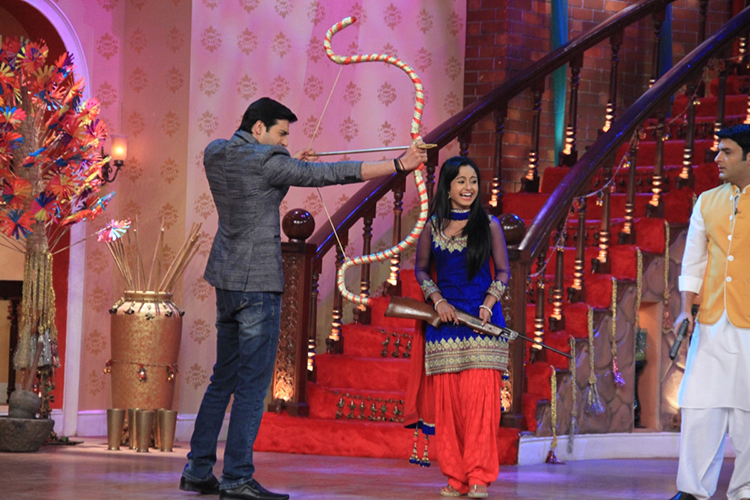 Currently, their respective shows hinge on drama and thrills. Urged by Dadi, Chakor?s on a fast-unto-death for the right to education of the village children. She?s taking on Kamal Nanarayan, who hasn?t an iota of humanity in him. We are waiting for Bhuvan to come in with the troops.Vanraj Ashoka is fighting indirectly for his divine right to kingship. He doesn?t know yet that he is an heir to the throne of Magadh. He is already a danger to the two young princes, and is a foresworn for to Sushim, the son of Charumitra, Bindusara?s first wife.But presently, he is only known to be a smart stable hand, who Bindusara has taken a shine to; and Chanakya has a special interest in. He knows Ashoka?s destiny, and is waiting fo the right moment. Chakravartin Ashoka Samrat fills the screen with authentically created Mauryan grandeur, the costumes reflect the Hellenic influence in ancient Indian splendorous settings.

Another show which is hinged on a dramatic turn and action is Life Ok?s Mahakumbh. Surekha Sikri is a welcome addition to the cast as Rudra?s grandmother. We have ?witnessed a family reunion ? Dadi has already met Rudra and Shivanand.? It has even touched on environment issues, where on the eve of the most auspicious Mahakumbh, the District Collector Tiwari calls a meeting of the religious heads to introduce the vagaries of the River Ganga. In a telling scene, he has plated the fetid flotsam from the river bed and put it on the conference table. He speaks to about cleaning up the river and keeping her sanctity.A wonderful touch,indeed.

Life OK has turned turtle with LautAao Trisha. Last week, when I got to LAT, I found a courtroom scene with a spillover of Trisha and her lawyer. Whatever has happened to the Swaika parivar? They just plonked the blame on Varsha/Janvi. The makers should have wrapped up the series when the Swaikas are toasting Trisha.? But the show goes on.A sure case of a messed up plot. Poor Inspector Kabir, who put his job on the line to solve the Swaika family?s many mysteries was replaced, and hasn?t been heard from again. Tsk, Tsk! It?s all in bad taste.Laut Aao Trisha could be the year?s flop show contender, for a bad ending.