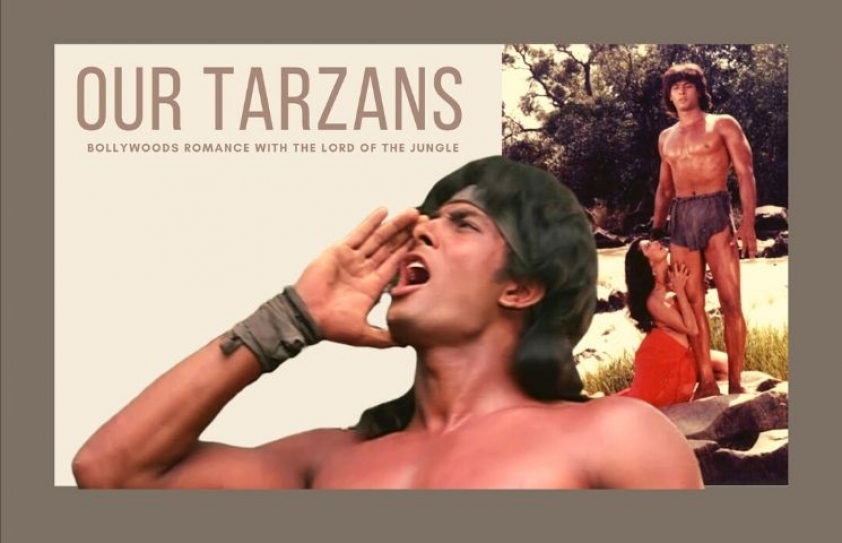 Film historian, Dhruv Somani, tracks down the unusual repertoire of desi Tarzan movies, which once used to delight Indian audiences.

Tarzan, was created by the American fiction writer Edgar Rice Burroughs,  in 1912. He could have never imagined in his wildest dreams that his Lord of the Jungle would become such a rage across the globe, to the extent of becoming a film franchise in Indian cinema. Unbeknownst to many, between 1937 to the 1990s, there have been as man asy 30 desi Tarzan spin-offs

Incredibly enough, in 1962 John Guillermin made Tarzan Goes to India showing him save 300 elephants threatened by a water dam, which is in danger of bursting. Dastardly engineers had to be foiled before the catastrophe.

Before this international project, desi Tarzans had already made a huge impact, especially among children and teen audiences. From John Cawas in the 1930s to Hemant Birje in 1985 playing the title roles, the muscular hero’s journey has been a long and entertaining one. Incidentally, the lead pair of Azad and Chitra (as his consort Jane) co-starred in the maximum number of our Tarzan movies.

Azad was associated with the identity of Burroughs’ creation in the late 1950s and 1960s. He had also portrayed a similar character that went by the name of Zimbo in 1958 opposite Chitra and a scene-stealing chimpanzee named Zippy, followed by Zimbo Ka Beta (1966) opposite Tabussum some eight years later.

If you think other actors from that era shied away from the Tarzan mode, you’d be mistaken. Dara Singh fetched up in Tarzan Comes to Delhi (1965) and Feroz Khan was in Tarzan Mera Saathi (1962) opposite Simi Garewal. Its music, which went on to become very popular, was scored by Shankar-Jaikishen.

From all accounts, our audiences couldn’t have enough of the jungle hero.  Jungle Love (1990) starring Rocky opposite debutante Kirti Singh and Jungle ka Beta (1992) starring Jack Gaud was safe bets at the ticket counters. In these B-graders, the technical values hardly mattered. They served as invitations to an exotic (often studio-made) fantasyland where virtue triumphed against vice with considerable help from wild yet do-the-right-thing animals.

For this Sunday, I zoom into a pick of the pure desi ghee-like Tarzans: 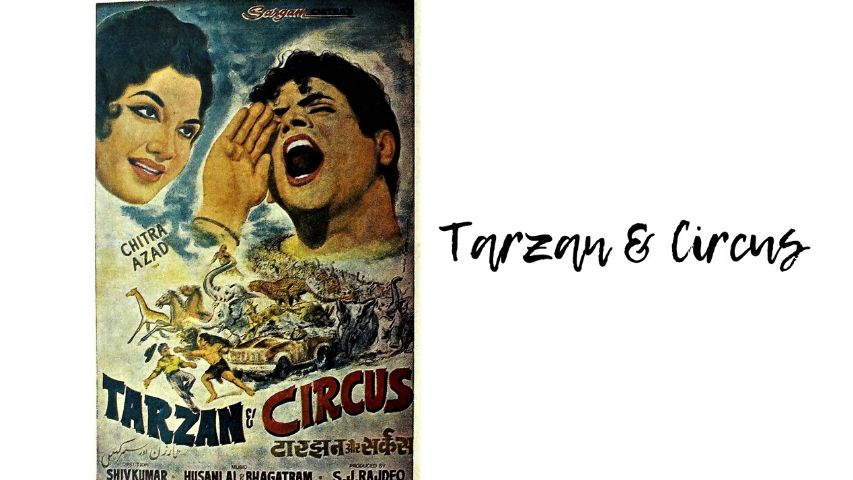 Directed by Shiv Kumar and starring the reliable pair of Azad and Chitra, this plot focused on a young man who was captured and brought from the jungles in the company of animals, and was then introduced as a show-stopper in a circus. Nandan, the ringmaster of the circus has lost every shred of interest in life ever since his only son had gone missing in the wilderness. You can guess whom that turns out to be.

Meanwhile, Bimla, the wealthy owner of the circus has been longing to find true love. The plot thickens. The film cuts to Malti, a student of Nandan who aspires to take over as the ringmaster. Trouble lies ahead: Keshav the wicked manager aims to capture Bimla as his wife to usurp her wealth, plus he has a roving eye for Malti. Now naturally, Tarzan foils the nasty plans of the manager. And what do you know? The result was a huge hit. 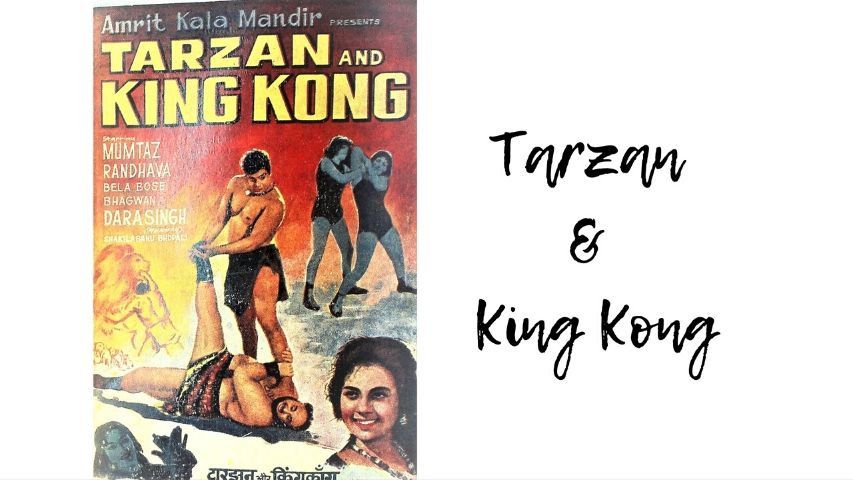 Sardar Singh Randhawa the popular wrestler simply known as Randhawa played Tarzan opposite Mumtaz in this bungle in the jungle directed by A. Shamsheer. Randhawa was the younger brother of wrestler actor Dara Singh and the brother-in-law of Mumtaz. As the title suggests, the goings-on were about King Kong, the monster gorilla who abducts the heroine. Saved from the mega-gorilla (inspired also by a Hollywood creation), Tarzan and his avatar of Jane are again held captive but then their animal friends, with plenty of action feats and comic situations, save them. A hit film was guaranteed. 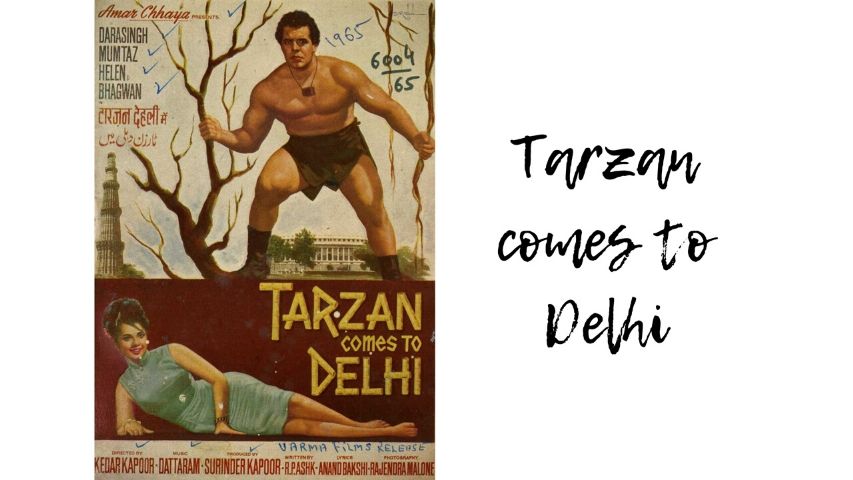 Shekhar, a gold-digger leads the heroine and her professor father to the jungles, to steal a priceless necklace from the statue of a deity worshipped by local tribal communities. Now it is up to Tarzan and the heroine to travel to Delhi, track down the creepy Shekhar and return the necklace to the community. Starring Dara Singh and Mumtaz, again there was another commercial winner. 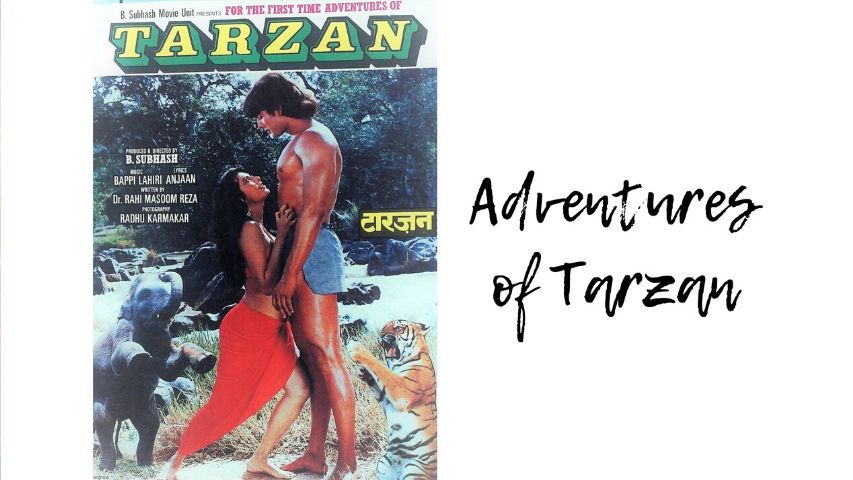 A surprise hit, which introduced the physically agile Hemant Birje opposite Kimi Katkar, the supporting cast of this film included Om Shivpuri and Dalip Tahil. Directed by B. Subhash of Disco Dancer fame, the endeavor was remarkable for its peppy music by Bappi Lahiri. The story was packed with clichés, yet the audience lapped up the action and musical sequences. Ruby falls in love with the innocent Tarzan who is unexposed to city life and cannot speak except in the language of love. The snag is that Ruby’s father and his partner have other plans up their sleeves – to showcase Tarzan at the circus by making him perform with dangerous animals.

The film was most talked about for its steamy scenes between its lead pair. Kimi Katkar became an overnight star but Hemant Birje found it tough going to make it big in Bollywood.

In this context, it has to be asserted that Tarzan flicks were usually male-centric but a few Lady Tarzans did emerge during the 1980s. Prominent example: Jaanwar, the film in which Zeenat Aman was paired opposite Rajesh Khanna, was directed by Ali Raza. Aman portrayed a young woman who is raised by animals and is actually the lost princess of the precious gem-rich kingdom of Dharampur. The outcome, as it happened, was a downer commercially. 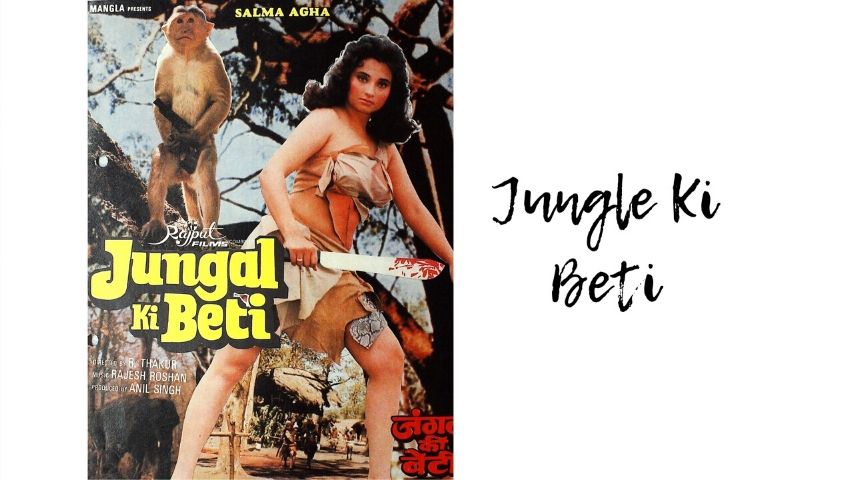 Directed by R. Thakur, Salma Agha played the title role of a woman who has been raised by wild animals. The mandatory hero of the piece was model-turned-actor Brando Bakshi (son of producer Johnny Bakshi). The essence of the plot was the Jungle Daughter’s bid to guard a treasure trove from a posse of poachers. Ms Agha rendered most of the songs in her trademark nasal voice.  Expectedly, the rough-hewn actioner found takers only from the frontbenchers. 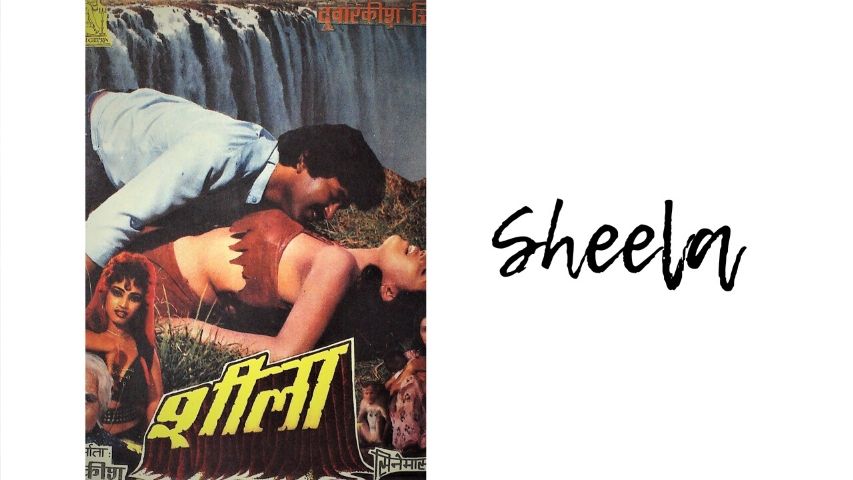 Success doesn’t always breed success, and even leads to the extermination of a genre.  Case in point: Here was a production from south India top lining Sahila Chadha, who went on to feature in the supporting cast of Hum Aapke Hain… Koun!

In Sheela, she was cast opposite Charandas who later found his niche as a villain. The screenplay didn’t have much to offer except brazen titillation and the film tanked. Ditto another southern film Lady Tarzan (1990), dubbed in Hindi, starring the southern bombshell Silk Smitha, which did create a bit of a flutter but was written off as a no-no by the trade.

After the early ‘90s, our screen Tarzans was left in the jungles, never to be found. With advanced technology and special effects, it would be fun to see Tarzan reappear in Bollywood. A jungle adventure film for children is conspicuous by its absence today.. You do land up seeing some foreign animated Tarzan films on streaming channels but how one misses the zingy music scores, death-defying stunts and the zany things. 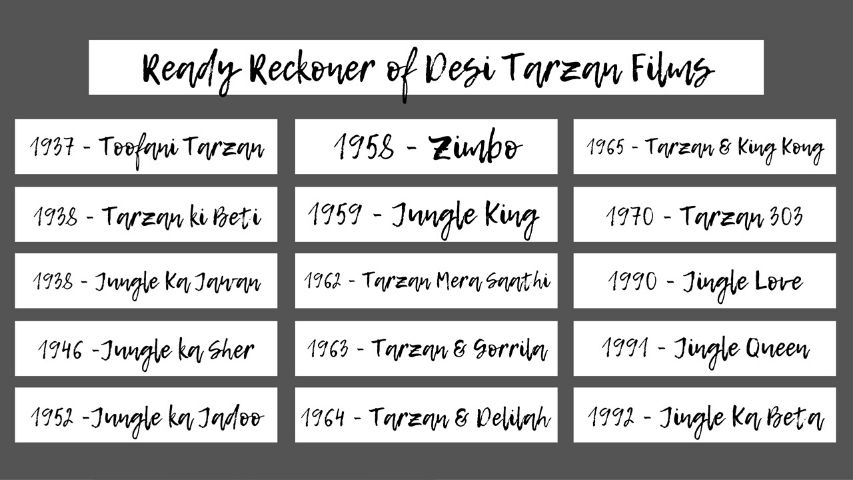