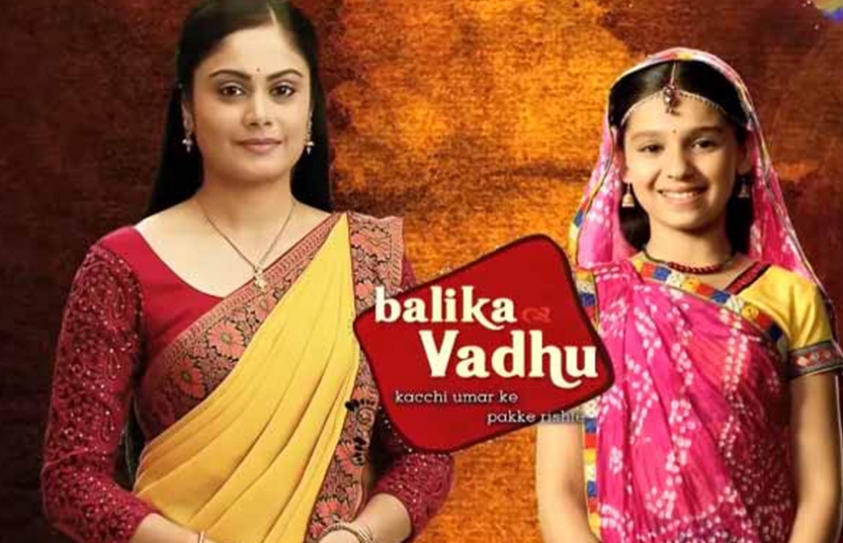 Generation leaps are the flavours on Prime Time. Coincidentally, both shows which have taken the leap are Colors’ top line shows – Balika Vadhu and Chakravartin Ashoka Samrat. The latter being a historical needs to move ahead from the teenaged warrior prince to adulthood as he campaigns to unify India and finally ascend the throne. This leap is a rite of passage.

On the other hand, Balika Vadhu is the longest running daily soap on Indian Television, with over 2000 episodes. It not only garnered healthy TRPs, but also brought social malpractices and injustices like child marriage, etc. in today’s Rajasthan into sharp focus.

It traced the lives of Anandi and Jagya from childhood to adulthood, their marriages to other partners and their own stand offs with the persistent practitioners of child marriages and social crimes. It was the proverbial sugar coated bitter pill. Anandi, Jagya, Dadisa, etc. endeared themselves to many hearts across India, be it in small town India or urban housing colonies. Rajasthan’s culture from music to dance to festivals and food was eagerly lapped up by the urban audiences. As the Rajasthanis, who were located elsewhere in India got wistful for their roots.

Balika Vadhu is a rare daily soap which has witnessed a train of the finest talent passing through its episodes, each with their particular place in the narrative. The script required an array of characters, for which the producers called up actors of the likes of Rajshri Sachdev, Rajendra Gupta, Sushmita Mukherji, Sudhir Pandya, Harsh Chhaya, Farida Jalal and a host of others did duty with well nuanced cameos, which were placed in the narrative with a perfect fit. But the unequalled talent was Surekha Sikri. She was a start to finish asset for the show as the formidable, but endearing Dadisa aka Kalyani Devi. A woman of substance, it was through her stance and mindset that the writers depicted the social changes and attitude. From the austere, narrow minded and tradition bound head of the family, she turns into a giggly school girl as she advocates adult literacy, supports Anandi in her quest for a vocation and even plays cupid with the district collector. Actors like Anoop Soni, Smita Bansal and Satyajit Sharma found themselves getting redundant, so they opted out by getting killed like the latter. Soni and Bansal were sent off to the US, maybe to be called back if ever the need arose. Dadisa made it a point to get the dead son’s widow take up music and remarry. Neatly wrapping up this one family.

The popularity of the show, its acceptance by viewers and impact is obvious in that Balika Vadhu’s Tamil dubbed version Mann Vasanai is a very successful in Tamil Nadu and has crossed more than 1200 episodes. Overseas too, the show has found remarkable acceptance among audiences in countries like Croatia, Bulgaria, Romania, Serbia, Bosnia, Herzegovina and even Kazakhstan. In Vietnam, it has been deemed as the number one show since 2013. Avika Gor, Avinash Mukherjee and Smita Bansal visited Vietnam and Avika Gor received an award.

The generation leap brings not just a cast change, but also a change of the creative team. The new cast is indeed set to take the Anandi saga forward through her daughter Nandini played by Mahhi Vij, with Ruslaan Mumtaz and others. But with the changing of the guard, will Balika Vadhu still hold the sway?