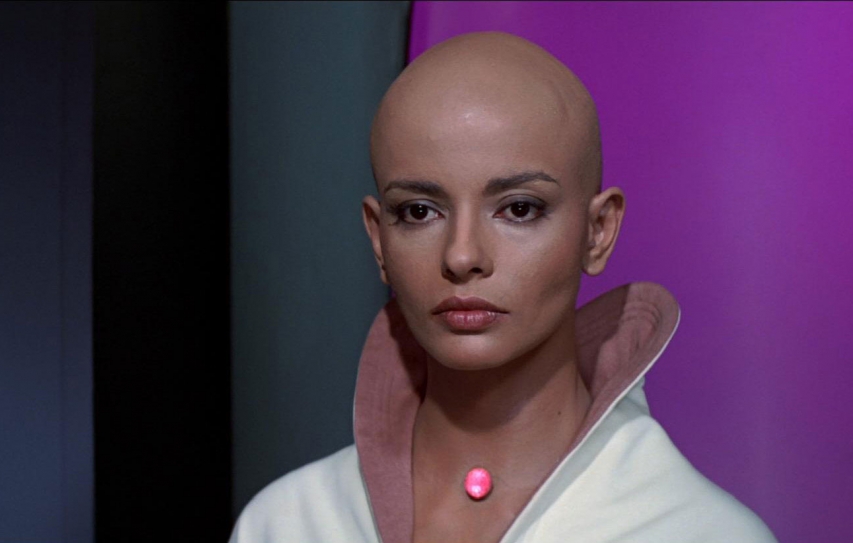 When film actresses shave off their tresses, it is for just for a short while, as the film is being shot. But when a television actress has her locks shorn off for a daily soap, she has to sport the bald look for a while, especially if she is in a pivotal role. Persis Khambatta, erstwhile Miss India and actress, recalled in an interview with the writer, that when she auditioned for the role of the bald Deltan navigator Lieutenant Ilia in Star Trek the TV series, instead of wearing a wig, she went bald! A risk she took had she not got the role, which she did, she would have been stuck with a bald pate. Instead of it being made as a new TV series, the producers made it into Star Trek: The Motion Picture, so she stayed bald only for the duration of the film being made and not the full five years of the series? play time on television. Closer to Mumbai, Rinku Karmarkar, who plays the malicious Tai in Yeh Vada Raha, has gone bold in protest against her son's marriage with the girl she despises. The makeover is so complete that Tai is easily a venomous powerful character; in the ongoing sequence she breaks into dance which exudes power, menace and angst. Rinku Karmarkar has played grey characters in many a prime time soap and is known to touch up each role with a special trademark ? in Na Bole Tum Na Maine Kuch Kaha she flaunted the most over the top fashion sense. She could be Indian television?s first woman baldie. Other actresses have so far been content with the near authentic bald look with wigs firmly, but painfully fastened with pins and clips. But not Rinku, who sports a great new look. An actor who works extensively on the look of the characters he plays and usually comes up with an exceedingly good performance is Rajesh Khera; he is also known for picking offbeat roles. Currently seen as Devavrath in Chakravartin Ashok Samrat, his opening scene was shrouded in suspense and disguise. He springs to Ashok?s aid flinging off the cloak and beard, surprising an old foe, from Keechak?s army. In one of the sequences of Uttaran, Rajesh Khera played a transgender brothel madam. His introduction scene to the narrative could well be among the best scenes on Indian television, it took an episode or two to place the actor. As Maharani, Rajesh Khera went the whole mile with not just the look, walk and talk, but replete with a nuances and vocal mannerisms. What may have started as a one off over the top role as Maddy the fashion designer queen, it has been recognized as Rajesh Khera?s hallmark appearance and USP. Rajesh Khera has continually raised the bar on his own performances with image make overs. Rinku Karmarkar has taken a step, will she continue down the path? Will more follow?